These names are HUGE. 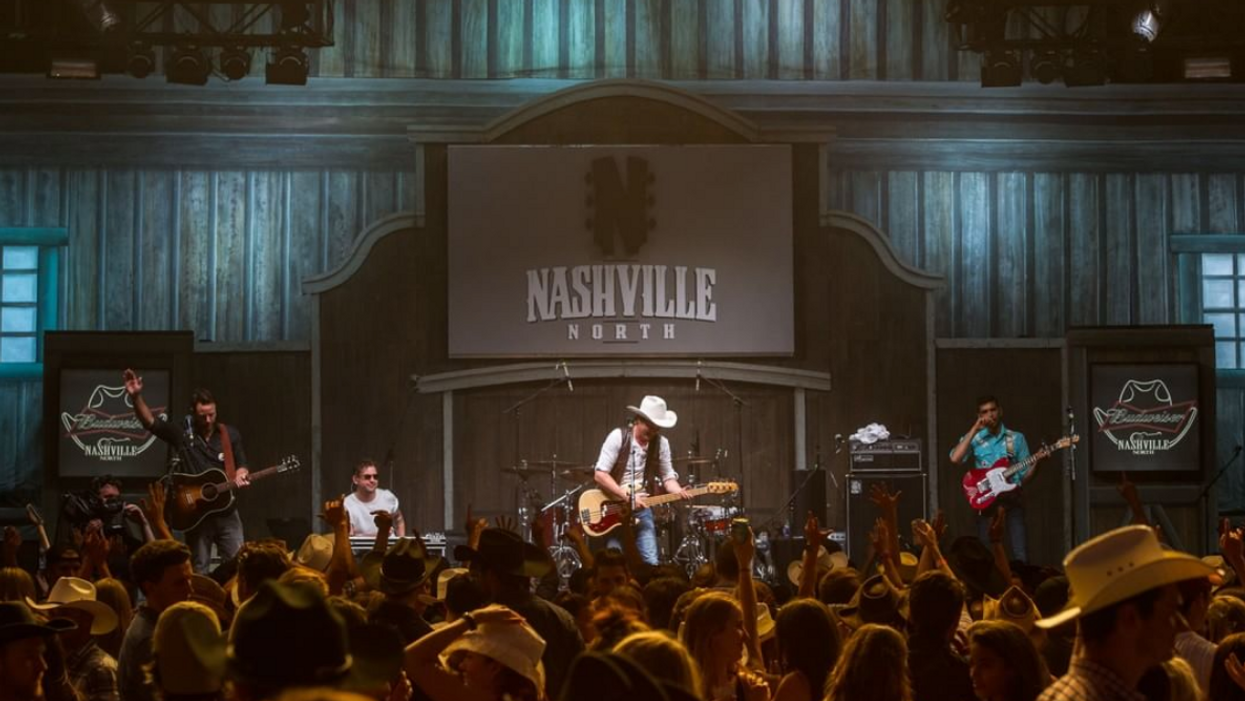 One of the best parts about Stampede is the unreal amount of big name music headliners that grace the many stages in the park. The absolute best part though? The FREE concerts at the Coca-Cola Stage. This year, Stampede has some BIG names that you get to see totally free (with admission ticket).

Whatever genre of music is your favourite, you're bound to see a name here that tickles your fancy. Here are the top 13 headliners that are coming to the Calgary Stampede's Coca Cola Stage - starting next week!

This Canadian band hails from St. Catherines Ontario, and has become one of the most successful indie bands in the country. Does the name Dallas Green sound familiar? He's the lead singer of the group Alexisonfire, but is also the man behind City & Colour.

You know that super duper catchy song "Ex's & Oh's"? That's this gal. She's a crazy talented singer and songwriter that blends pop, blues, and rock n' roll into a whole new hybrid genre of her own.

I don't know how they do it, but Broken Social Scene consists of over a dozen members which all come together to creat some of the most beautiful and creative music you've ever heard. A song that you will recognize is "Anthems For a Seventeen-Year-Old Girl".

This rising star hails from Oshawa Ontario, and is quickly becoming one of Canada's most successful artists. His R&B / Soul style is absolutely breathtaking, and when seen live easily makes a connection between him and the audience. You will 100% fall in love with his music if you haven't already yet.

The Rural Alberta Advantage is from none other than here in Alberta (obviously). Their indie, percussive folk songs get your feet stomping and your heart thumping as they sing about hometowns and heartbreak. They have been recognized by Pitchfork, The New York Times, and Rolling Stone.

Phantogram consists of the dynamic duo Sarah Barthel and Josh Carter, and these two seriously know how to make music. Difficult to concretely define, their genre of music wavers between electronic rock, contemporary R&B, shoegaze, and dream pop.

Our Lady Peace is one of the most successful Canadian bands to this date. Their rock n' roll style is unmistakable, and have written the popular and recognizable songs "Somewhere Out There" and "Is Anybody Home".

A nine time GRAMMY Award winner, Sheryl Crow is one of the biggest names in music. She has sold 35 million albums worldwide, and is an American music icon. You know that song "Soak Up The Sun" that is bound to get stuck in your head after just reading the title? That's her!

9. Walk Off The Earth

You have undoubtedly heard of the unconventional, multi-talented group Walk Off The Earth that has captured the hearts (and ears?) of the world. It all started with this groundbreaking video that had the world instantly obsessed. You're bound to get up on your feet and dance during this performance!

Canada's sweetheart, Lights, has been producing bangers since 2006. Recognize any of these iconic titles - Drive My Soul, Toes, Up We Go, and Giants? She's an extremely talented singer/songwriter versed in the electropop, electronic rock, and indietronica genres.

Too Many Zoos has collaborated with huge names including the queen herself Beyoncé. Their busking roots become evident in their unique and vibrant style. Their genre is self defined as "brass house". They're really freaking cool.

You're bound to get down and groove to these cool dudes - they've seriously got the funk. This Canadian duo creates contemporary electronic music with inspirations from old-school soul, funk, and hip hop.

Another one of Canada's most successful bands is Billy Talent, and you get to rock out with them for free on the last weekend of Stampede. This iconic group has gone platinum and has sold over 3 million albums worldwide. They're the perfect act to close off an amazing two weeks of Stampede!