The Miracle Pop-Up Bar In Calgary Had $3,000 Worth Of Christmas-Themed Glasses Stolen 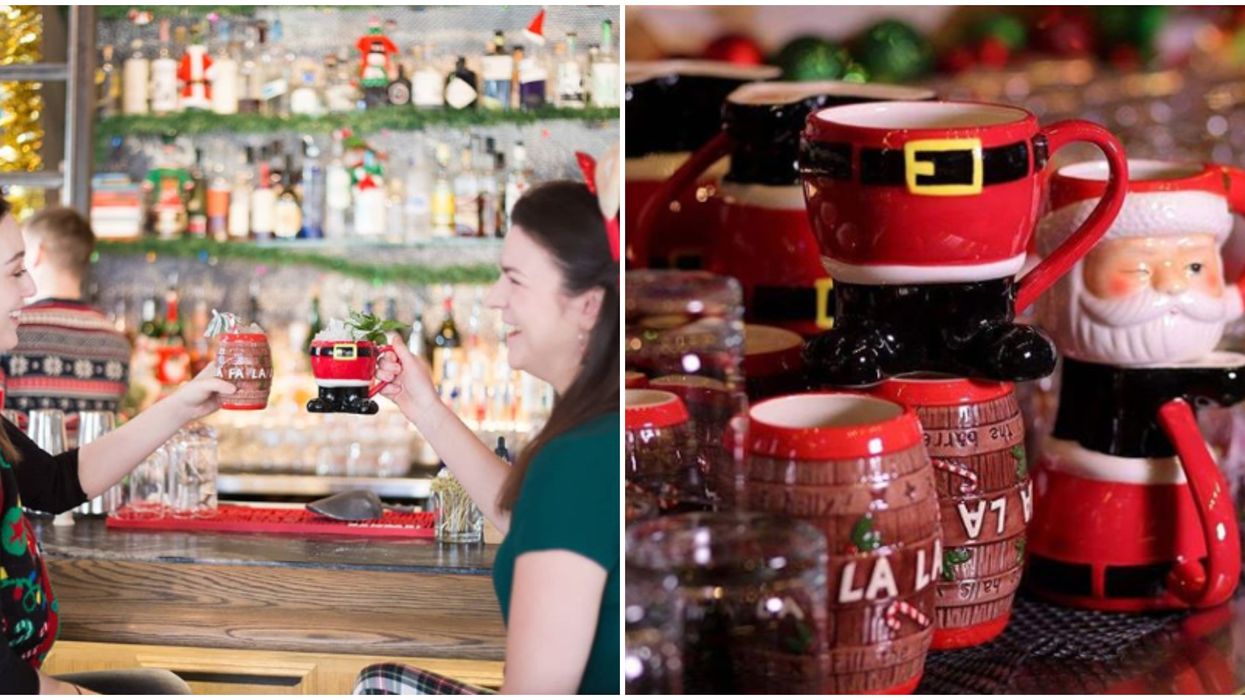 You might not think a stolen glass from a bar is that big of a deal but when hundreds are stolen the loss is pretty huge. The Miracle pop-up bar in Calgary had some naughty patrons who stole a bunch of Christmas-themed glasses during the holiday event. It looks like a couple of grinches stopped by the bar during the pop-up.

Proof Cocktail Bar, which holds the annual month-long holiday event, is now short a couple hundred glasses because people who visited the bar actually stole them.

As part of the Miracle on 1st Street bar, you could sip on cocktails like the Snowball Old-Fashioned, the Christmapolitan, the Run Run Rudolph and the Yippie Ki Yay Mother F****r! out of amazing glasses that look like Santa's head or a barrel with "fa la la", holly and candy canes on it.

"We 'Christmasized' the bar; everything gets Christmasy," said Proof Cocktail Bar co-owner Jeff Jamieson to Global News. "The bar gets a Christmas twist, we bring in a lot of specialty glassware, everybody is dressed up — we decorate the whole bar for Christmas."

It seems like the Christmas spirit was lost on some people though.

The hundreds of glasses that were stolen works out to about $3,000 lost for the bar.

The Christmas-themed glasses are amazing and would make any drink at home more festive but that doesn't mean stealing them is the right course of action.

Despite having so much stolen, Proof Cocktail Bar isn't looking for people to turn themselves in.

Instead of getting the glasses back or even getting money back, Jamieson wants anyone who took a glass to donate to charity.

"If they felt like they had a good time and it was worth it and I hope they're happy with their glassware, maybe make a donation to CUPS," he said.

The Calgary Urban Project Society (CUPS) helps people in Calgary who are living in poverty or have experienced trauma become self-sufficient.

A donation to CUPS because of a stolen cup seems pretty fitting.

Calgary's Miracle on 1st Street pop-up bar ran from November 25 to December 24 and was part of Miracle pop-ups across Canada, the U.S. and other parts of the world.

According to the Miracle on 1st Street Instagram, the pop-up will be returning again next year.

Hopefully, nothing else gets stolen in 2020.