Kind messages are appearing all over the city! 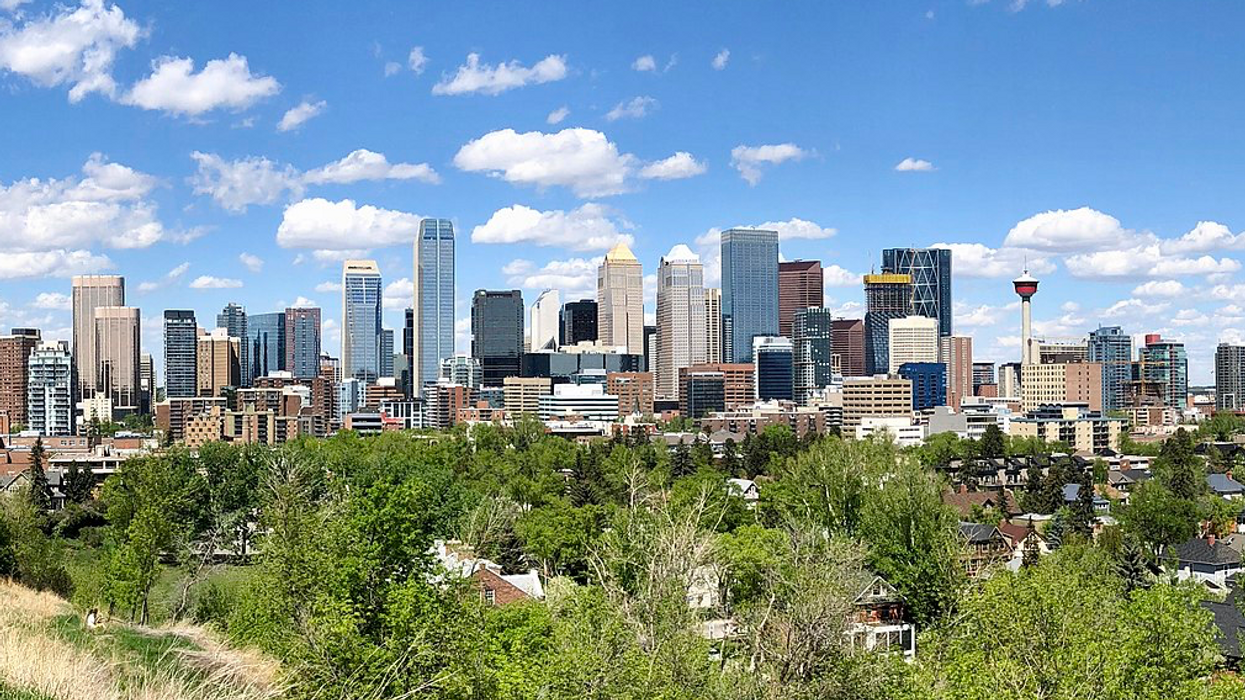 When you’re driving or walking along the street, you probably don’t take much notice of all the signs on the pavements and roads around you. Unless you live in Calgary, where mysterious road signs are popping up all over the city. Usually, signposts are used for directing traffic, giving instructions or basic advertising but in Calgary, the signs have a different message on them and its making local residents smile.

In recent weeks, many Calgarians have noticed that there are little red signs appearing all over the city, that share short messages of kindness, love and inspiration. The signs, which have become somewhat of a mystery, feature messages like “Great Job,” “Thanks For Being You” and “You Are Loved.” Certainly more smile-inducing than a traffic light in the morning!

While the signs are truly lovely, and are no doubt bringing a smile to the faces of Calgarians who come across them, they remain pretty mysterious because nobody really seems to know exactly where they have come from! The posts have no advertisements, and have no text other than their short and happy messages, leading the people of Calgary to wonder who on earth paid for them?

Marketing expert, Crystal DeCnodder, told CBC News that she doesn’t believe the signs are part of a marketing campaign. She notes that there is no website mentioned, nor any note of an app or hashtag. She also said that, while the messages are all positive, there isn’t one key word that would indicate a “guerrilla marketing campaign."

Instead, DeCnodder believes the signs are more likely a form of interactive public art, or perhaps a local community group that is trying to spread a positive message to the people of Calgary.

It seems DeCnodder is not the only person with a theory about the mysterious signs. On Twitter, several people had the idea that the white and red signage, coupled with the proximity to the October Federal election, could only mean one thing.

One Twitter user wrote, “I get the feeling that these are Liberal signs.”

While another added, “The colors are red and white....Liberal  party??”

Despite the speculation, many others were just happy to enjoy the signs as they were, without worrying too much about where on earth they came from. One person said, “Why speculate? Just let it be what it is. Hopefully not but I'm sure someone will come out and claim responsibility to forward their agenda. I really hope not.”

@CBCNews I think it is good to have positive messaging. There can be so much negativity specifically in news and so… https://t.co/QCOKOhJ0WY
— shawny (@shawny)1564229880.0

@CBCNews I love this. Infectious positivity. #ReflectionTriggers Even more encouraging that it's happening in Alberta.
— I am a passenger (@I am a passenger)1564232734.0

@CBCNews Lord knows we can all use some positivity. A big thanks to the people behind this great messaging! Need to… https://t.co/HPYkXHhEVJ
— Sandi Adams (@Sandi Adams)1564233450.0

Another outwardly refuted the idea the signs were of a political nature, saying, “RED AND WHITE IS CANADIAN! Doesn't have to be political.”

Ultimately, it doesn’t really matter who is paying for and placing the signs. If they make even just one more person smile each day- it is probably worth it!