She wants chuckwagon racing to be cancelled. 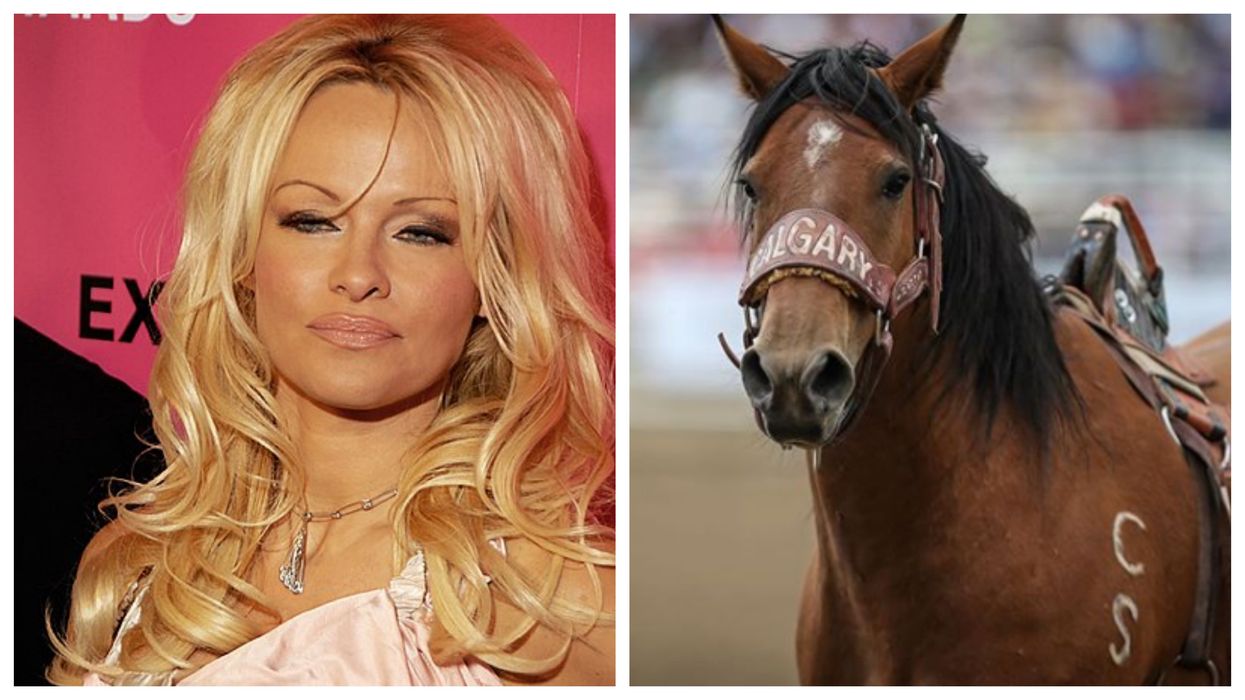 After it was reported that a total of six horses died during the Calgary Stampede this year, the news caused widespread upset and condemnation across Canada, with many people calling on Stampede officials to cancel the controversial chuckwagon races. Pamela Anderson has become the latest person to criticize the chuckwagon racing, saying, “This cruelty and indifference do not represent the Canada I know and love.”

During the course of the 2019 Calgary Stampede, six horses were reported to have died, all after competing in the nightly ‘chuckwagon racing.’ The horses died from several causes, including a deadly collision, a running injury, a broken leg and other serious injuries, all that resulted in the animals being euthanized.

This was the highest number of horse deaths at the rodeo in over a decade, and it takes the total number of horses killed during the event to more than 70 since 1986. A number which Anderson described as ‘shameful.’

Pamela Anderson, who is Canadian-born, has taken the time to contact the Alberta Premier, Jason Kenney, to urge him to put an end to the rodeo event. In a letter to Kenney and his agriculture minister, Anderson wrote, “After recently moving back to my beautiful native Canada, my heart sank as I read about six horses who died in this year’s chuckwagon races at the Calgary Stampede. I urge you to direct the Stampede to ban these deadly races.”

The chuckwagon races are a regular nightly show that occurs during the Stampede. Attendees watch as horse-drawn wagons race around a dirt track, accompanied by outriders. Despite the organizers tightening safety rules in recent years, Anderson argues that their efforts were clearly inadequate.

“More than a dozen horses have died since then, because these races are inherently cruel and dangerous,” Anderson wrote. “This cruelty and indifference do not represent the Canada I know and love.”

Anderson is a recognized actress and self-proclaimed animal rights activist, as well as an honorary director with People for the Ethical Treatment of Animals (PETA). This is not the first time Anderson has made her voice heard in relation to the Stampede, as she has called on Alberta’s politicians in the past to make changes to the Calgary rodeo. In 2012, the Baywatch actress wrote a letter to then-Alberta-premier Alison Redford, urging her to convince the show’s organizers to “end these spectacles.”

In a statement at the time of the horse deaths, organizers said, “The Stampede’s commitment to the safety of animals and the conditions of their participation in our events is paramount to our values and brand integrity.”

This sentiment was mirrored by the Agriculture Department, who said they were confident the Stampede’s review of the latest horse deaths will address better safety measures to improve safety and animal care.

The Stampede has promised to review chuckwagon safety following the fatalities, but no suggestion has been made by officials yet regarding cancelling the event altogether.