His sister is asking the internet for help! 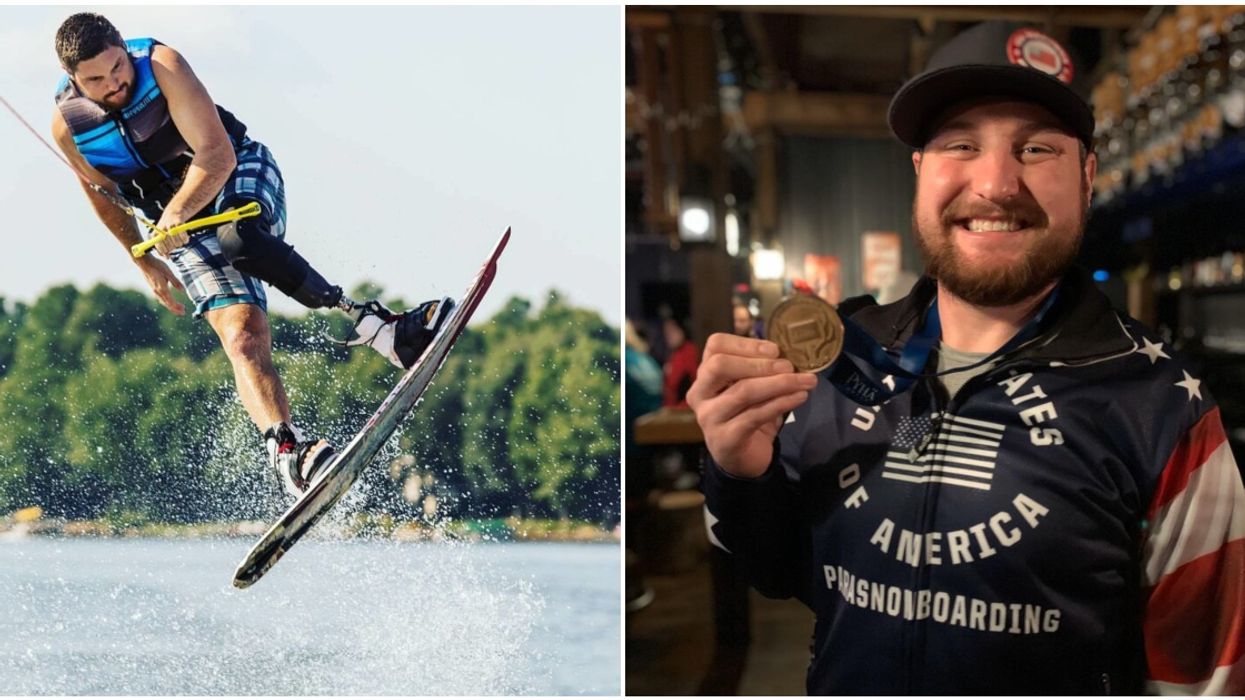 An unfortunate mix up has happened that has left a Paralympian missing his prosthetic leg and snowboard gear. In an attempt to get it back, the athlete's sister has reached out to the online community on Reddit in order to find the bag that was lost at the Calgary airport. American snowboarder Joe Pleban was on his way to Kelowna when he had a stop at the Calgary airport.

During his stop on Sunday night, his black Burton bag went missing. The bag was holding his gear, several different snowboards, and his snowboard boots.

But those weren’t the only important items in the bag. Inside the snowboard bag was also Pleban’s prosthetic leg.

Pleban’s sister has since put out a call to the public on Reddit in an attempt to find the missing bag.

The post explained that her brother is a Paralympic professional snowboarder for the U.S. team.

He was on his way to Kelowna to compete in a competition when they arrived at the Calgary airport to find that the bag was either stolen or accidentally taken.

“This bag not only contained several boards but also his prosthetics for his leg. This is his livelihood,” writes the Reddit post.

Following the unfortunate mishap, Pleban has allegedly filed a report with Air Canada.

Even though the snowboarder has gone to airport officials, his sister is hoping that the internet can work their magic and find the missing items.

The sibling of the athlete told City News that she is hoping this was a mistake and someone just picked up the wrong bag.

According to Pleban's website, he lost his left foot in 2014 after finding out that he had a rare joint disease called PVSN that caused benign tumours to invade his ankle joints.

After being faced with two decisions, Pleban decided to amputate in order to save his active lifestyle.

By the looks of Pleban's personal Instagram and career choice, he still lives an incredibly active lifestyle.

Even though he underwent a life-changing procedure, nothing has stopped him from doing active things like wakeboarding, skateboarding, and swimming.

In 2017, Pleban went to Colorado and met with the Adaptive Action Sports team.

It was then that he realized he was good enough at snowboarding to make it big so he began his career with the team.

He has since visited New Zealand, Netherlands, Finland, Colorado and Canada to compete.