Remember when it snowed last week? Yeah, neither do we. 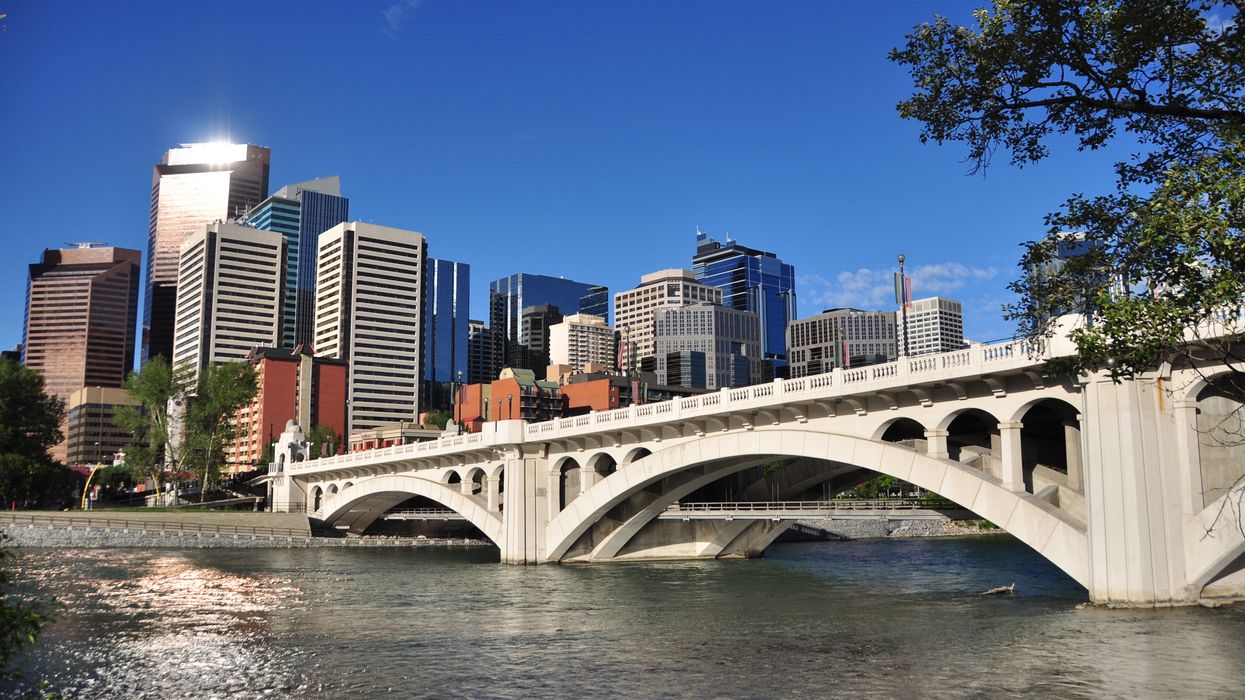 Locals could hardly believe that it was finally 15 degrees and sunny with a slight breeze in Calgary this past weekend. People from other cities might shrug, wear a light jacket and take the weather for granted, but Calgarians were out and taking full advantage of the sun. Parks were packed with families taking in some fresh air before Easter dinner, walking their dogs and patios were in full service like it was mid-August. While most locals wore sandals and shorts, some wore wetsuits as they surfed on the Bow River in Calgary.

The 10th Street bridge in Calgary is a pretty popular place in the summer to picnic, work on a tan or blow up a tube, crack open a beverage and kick off a float down the Bow, but it looks like for some, before all the snow has even melted, it’s also a great place to surf.

A video posted to Reddit Calgary by user Crackmacs shows a few devoted wave chasers making use of the natural breaks in the Bow’s freezing cold water.

If you needed further proof that Calgarians definitely know how to handle the cold weather, this is definitely sufficient. The city just saw 15 cm of snowfall last week, and now, people are already surfing in the popular river.

This might be something Calgarians can get used to! Last March, the Alberta River Surfing Association proposed for that section of the riverbank to be converted into a developed recreational area to accommodate and attract more people with an interest in river sports. Who says you need sand and blistering heat to surf?!

The 10th Street Waves and Urban Beach Project would install world class adjustable underwater structures that are usable year-round – with the exception of periods during heavy ice coverage and floods.

The two-part technology would regulate the water level and control the lip of the wave, which could be used for surfing, kayaking and paddle boarding.

10th street would not be the first man made surfing spot in Alberta – similar technology was installed into the Mountain Wave in Kananaskis back in 2014.

The project is still in earlier stages of development. It will cost $6 million dollars and is expected to bring in $1.7 million annually. However, it won’t be open to the public for quite a while – completion is expected between 2023 and 2028.