The NDP leader got booted after not saying sorry. 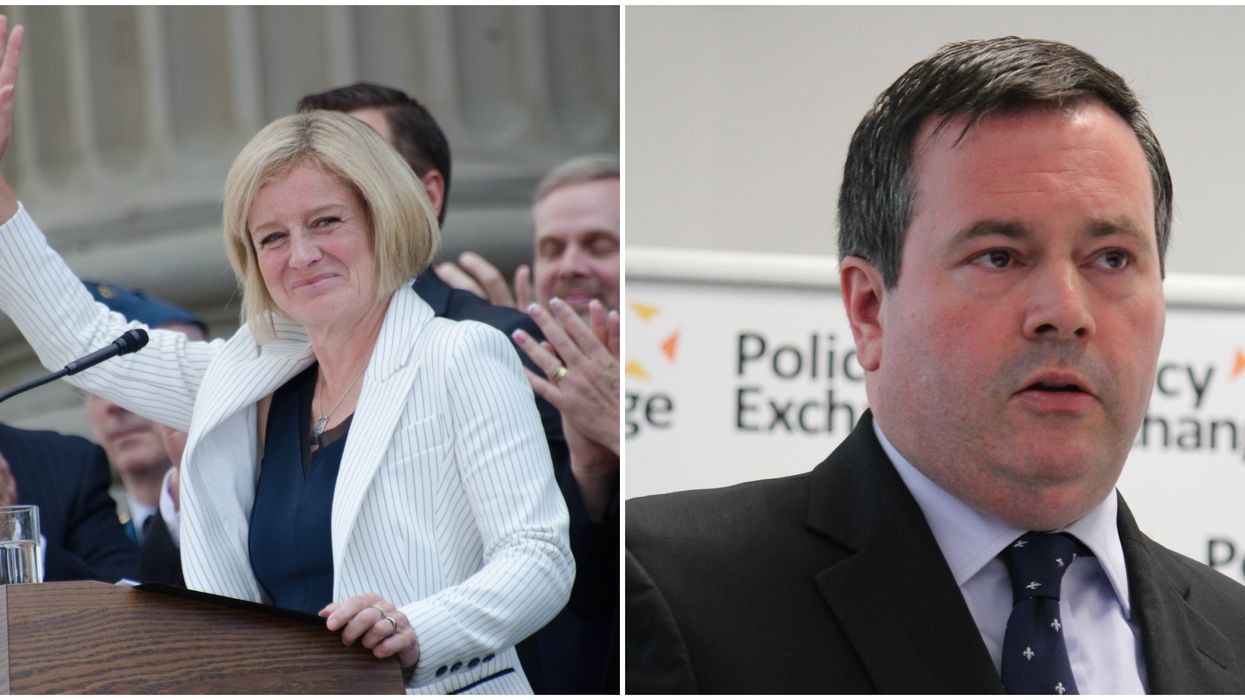 According to the Globe and Mail, she was ejected from the chamber after she flat out refused to apologize for the comments she made.

House Speaker Nathan Cooper asked Notley to withdraw a comment she made accusing the government house leader, Jason Nixon, of misleading the house.

In her statements, she referred to Bill 22, which will allow the provincial government to fire the election commissioner who is currently investigating the UCP party. The bill in question is backed up by not only, Nixon, but also Alberta's Premier, Jason Kenney.

According to CTV News, Notley's response was “I will not apologize until we have fully canvassed the destructive nature of this bill in a historic bill to the people in this province and the members of this house,”

Then, she was kicked out by Cooper for the rest of the day after refusing to apologize.

This is just the latest installment in the long-standing feud between Jason Kenney and Rachel Notley.

We must stand up to this abuse of power. My reaction after refusing to apologize for standing up for Albertans:… https://t.co/X04y4iJexf
— Rachel Notley (@Rachel Notley)1574200822.0

In a statement to the media after she was thrown out of the assembly by the house speaker, she clarified her position.

Notley said that it was misleading for Nixon to suggest that Bill 22 would not lead to the firing of the elections commissioner when it was clear that it would.

"Can you imagine if Justin Trudeau had fired the ethics commissioner in the middle of the SNC-Lavalin investigation? This is what Jason Kenney has done here in Alberta and we must speak out," Notley said after leaving the legislature.

So proud of our leader @RachelNotley for standing up against the most corrupt government in Alberta’s history.… https://t.co/5VPB1vxm2C
— Janis Irwin (@Janis Irwin)1574200839.0

Despite being kicked out of the legislature, some Twitter users were inspired by Notley and showed support. "So proud of our leader Rachel Notley for standing up against the most corrupt government in Alberta's history," reads one tweet.

#UCPcorruption and #RachelNotley were trending throughout the day on Tuesday, November 19 when Notley was kicked out.