It could be a "hate-motivated crime." 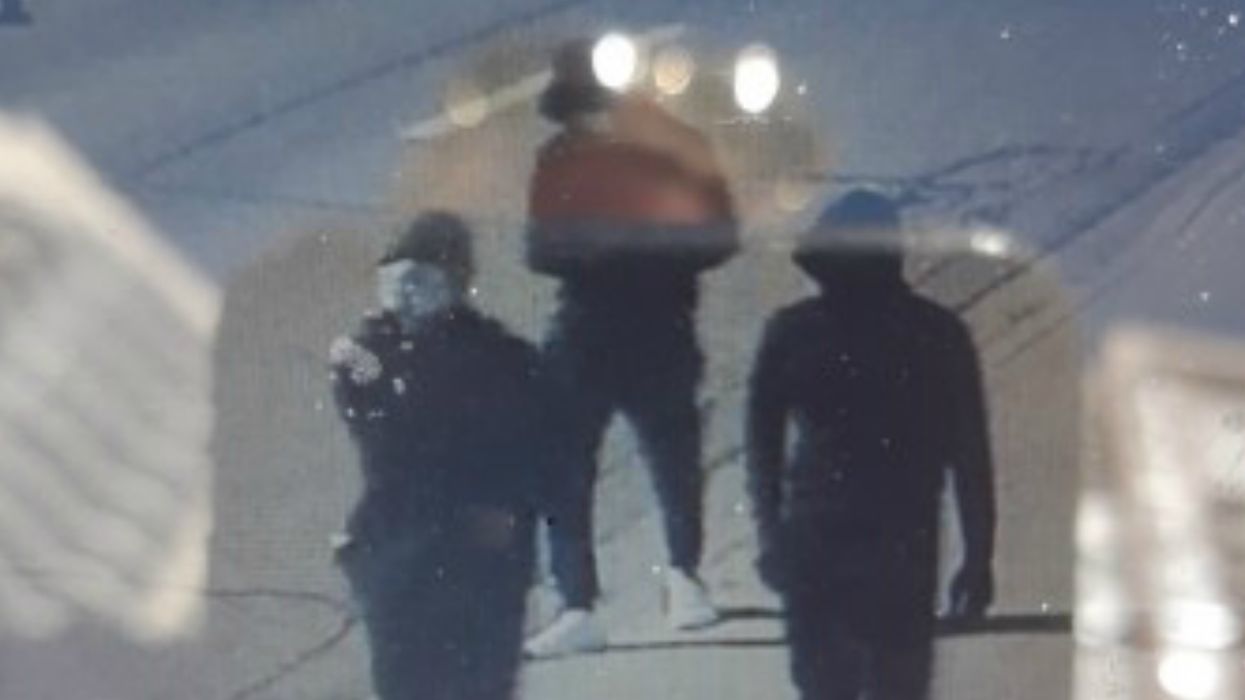 Reports of racially-motivated crimes keep happening in Canada during COVID-19. Recently, a Chinese Consulate-General building was the site of a possible hate-motivated crime. The racist graffiti in Calgary has police looking for suspects and they released CCTV photos of them to help.

Calgary Police described the incident they're investigating in a press release on Wednesday, May 27.

At close to 3:30 a.m. that morning, three suspects wearing all-black outfits and masks hiding their faces approached the building.

Constable Craig Collins, Calgary's Hate Crimes Coordinator, said that people are free to think what they want, but “when people are targeting others for ill-treatment or committing crimes because of those views, we have a duty to get involved.”

This actually isn't the first time that the building was hit with unsettling graffiti, either. A week earlier on Tuesday, May 19, a message was sprayed on the sidewalk out front of the building.

Hate-motivated crimes are serious. Plus, they leave victims "shaken and worried that someone is actually out to get them,” said Collins.

If an offender is found in court to be "motivated by bias, prejudice or hate" based on characteristics including race, then it can add to their sentence.

We are investigating graffiti sprayed last night on the wall of the Chinese Consulate-General building as a possibl… https://t.co/R40LNvoqVm
— Calgary Police (@Calgary Police)1590617011.0

If you know about this or any other hate-related incidents, then police want to hear from you. You can call them at 403-266-1234 or submit tips anonymously.

We are investigating graffiti sprayed last night on the wall of the Chinese Consulate-General building as a possibl… https://t.co/R40LNvoqVm
— Calgary Police (@Calgary Police)1590617011.0

This isn't the first potentially hate-motivated incident that has a tie to COVID-19.

Earlier in April 2020, police announced they were investigating threats made against a Chinese restaurant.

“Generally, we have not seen the same spike in hate crimes that some other areas have seen,” said Constable Collins in his press release.

“But we are hearing from the Chinese community that they are concerned about growing hostility, so we are monitoring it closely.”