He even posed for pictures. 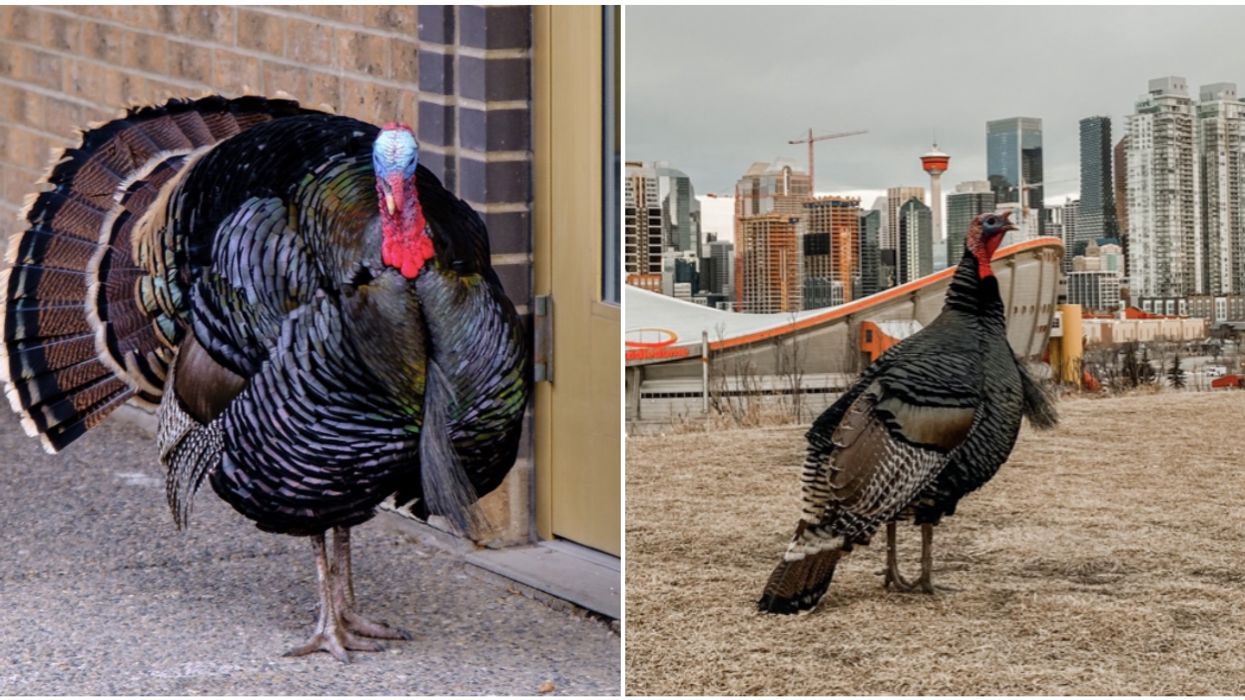 If you aren’t familiar with Calgary’s resident turkey then you are missing out. The Ramsay turkey in Calgary appropriately named Turk is the icon we all need right now and apparently, he went on a stroll over the weekend. While he thought it was a casual adventure, the police didn’t think so and instead, put in the time trying to catch this rogue turkey. There is even video to prove it and it’s more ridiculous than you think.

If your weekend was a little uneventful then count yourself lucky. You could have been wrangling an urban turkey.

Turk is Calgary's resident turkey and he is walking perfection. Everyone loves him so much that he even has a Facebook fan page.

That’s how you know you’ve made it big.

This wild bird is known all around the city for his antics and all-round amazing feathers.

But this weekend, he decided to go on a little walk around town. While he thought it was a good idea, the police were not supporting it.

Calgary police stated that the adventurous bird wandered over to the Manuel Latruwe Bakery and was “doing his best to support local #yyc businesses.”

“He is definitely new in the Beltline, but he has not escaped from the zoo & there is no need to call us about him; at this time, there is nothing we can do,” wrote Constable Chris Martin in a tweet.

They may not have acted on catching Turk right away, but eventually, they gave in.

According to a video posted on Reddit, the Calgary police spent a chunk of their weekend tracing Turk's whereabouts and planning to catch him.

The video was taken on Saturday, March 28, and it’s the laugh all of us need. It’s even equipped with commentary so you get a play by play of all the action.

In the video, you can see three police officers cornering Turk.

“He’s going in, he’s getting his gloves on. He’s going in for the pounce,” the videographer says.

All three officers can be seen trying to entice Turk into the police cruiser.

“Back up is on its way,” said the videographer jokingly as sirens can be heard in the background.

At the end of the video, you can see Turk successfully evade the three officers by scooting past the van.

But don’t worry, there is a part two of the video that is just as chaotic.

Again, the video shows Turk evading the trio of police and running past a second police vehicle.

By the looks of Twitter, it wasn’t just the police that encountered Turk.

Apparently Turk has been returned to Ramsay safe & sound. Thanks for posing for me you glorious feathered beauty.… https://t.co/KtodGrB12N
— Spencer Wallace (@Spencer Wallace)1585527570.0

Several pictures of the bird have been posted online that show him roaming around town all weekend and even posing in front of iconic Calgary landmarks.

Went past a few of my favourite @CoffeeOutside spots... realized that what made them favourites were the people.… https://t.co/GhvX0wAWKD
— Cleaver Burke (@Cleaver Burke)1585316923.0

Can we stop talking about the corona virus for 2 seconds and discuss the fact there is a turkey that just hangs out… https://t.co/S8Q3EWsDSX
— matt daniels (@matt daniels)1585415667.0

The notorious Turk remained on the loose for a while, but he wasn’t alone. Police were keeping an eye on him to make sure he was safe and staying out of trouble.

According to CBC News, the bird was captured late on Sunday and "returned to his Ramsay roost."

Turk isn’t the only famous bird in Canada. Canuck the Crow is Vancouver’s resident crow and is known for starting trouble.

While he has been missing for quite some time, he is known for messing with police crime scenes and stealing evidence.