Canada loves you too, The Rock! 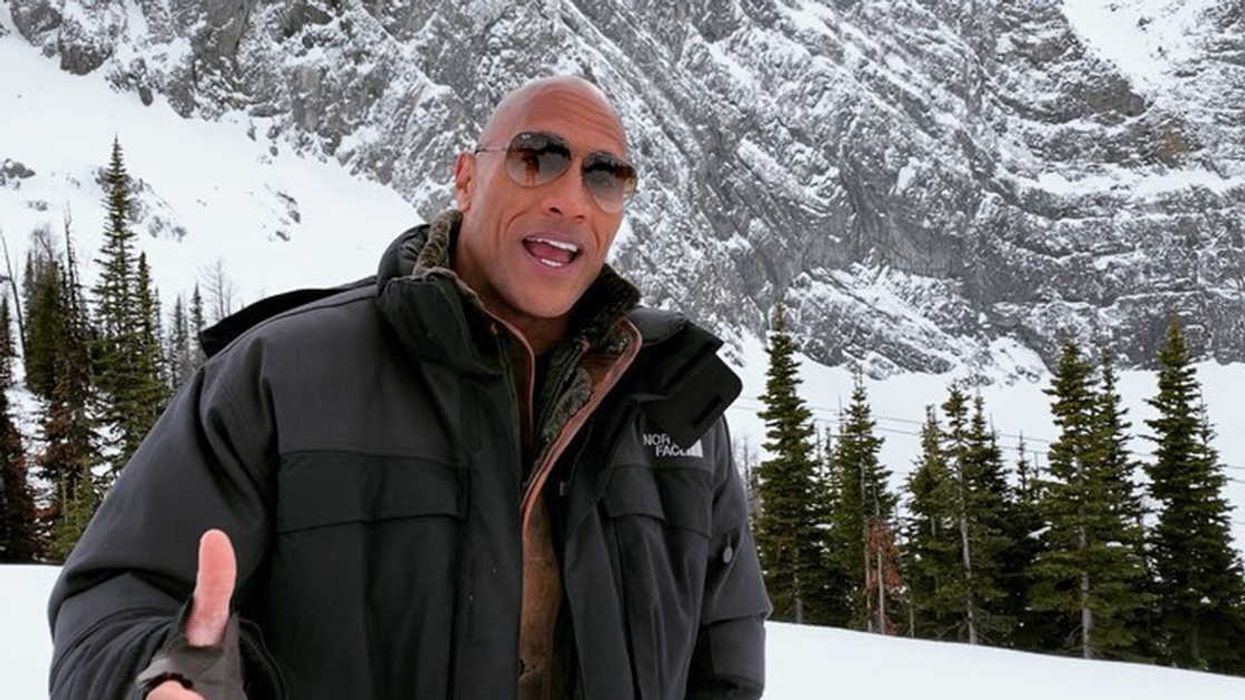 Dwayne Johnson has landed in Canada and Canadians couldn't be more excited. The star recently landed in Calgary to shoot his new film, the sequel to Jumanji. He has a special connection to the city and The Rock declared his love for Canada in a new Instagram video. The feeling is definitely mutual because many Canadians have been sharing their excitement on social media and welcoming him back to the country.

Yesterday, The Rock posted a picture of him arriving in Calgary on Instagram. In his post, he wrote a sentimental caption remembering the previous time he spent in Calgary.

The Rock is in Calgary to film the Jumanji sequel, and he's not the only star that has landed on Canadian soil. Nick Jonas, Kevin Hart and Jack Black were also spotted filming the new movie in Canada.

Now, he's taken to the 'gram again to show Canada some well-deserved love. He posted a video last night on Instagram of him in Alberta. "Hello from a very special place", he says in the video. "I came to this area, Calgary, Alberta, Canada, almost 20 years ago with a big dream and the willingness to work."

The actor continues reflecting on his experience in Calgary in the video. "I left this area, almost 20 years ago, my dreams were crushed, and that's when I had seven bucks in my pocket. This is where the seven bucks story began," he said.

The Rock was previously signed by the Calgary Stampeders before they dropped him two months later. Since then, he's found huge success in several endeavours – from being a Hollywood actor to a professional wrestler, WWE star and more.

He continues in the video, "It's so ironic that I'm back here now, shooting Jumanji, with this amazing cast and hardworking crew, but what's amazing about this and unpredictable, is that this is on the eve of me making one of the biggest announcements and one of the biggest honours of my entire career."

He also hinted at fans that a major announcement is coming soon in the caption of the post. "Life is also so wildly ironic because any bit of success I’ve been a lucky SOB to have is a direct result of our connection. Excited to share this big news with you guys & gals tomorrow morning," he wrote.

The Rock posted his Instagram video last night, and this morning, the big news that he was talking about was revealed. It looks like he's come a long way from his time in Calgary.

The actor was just named one of TIME's 100 Most Influential People for 2019 and he graced the cover of the magazine. He made the announcement on his Instagram a few hours ago.

We're so excited to see how much The Rock has thrived and grown since the last time he was in Calgary.

If you're in the city, make sure to keep an eye out for him and the rest of the Jumanji cast as they begin production for the movie. The new film will hit theatres later this year in December.