How many have you done?! 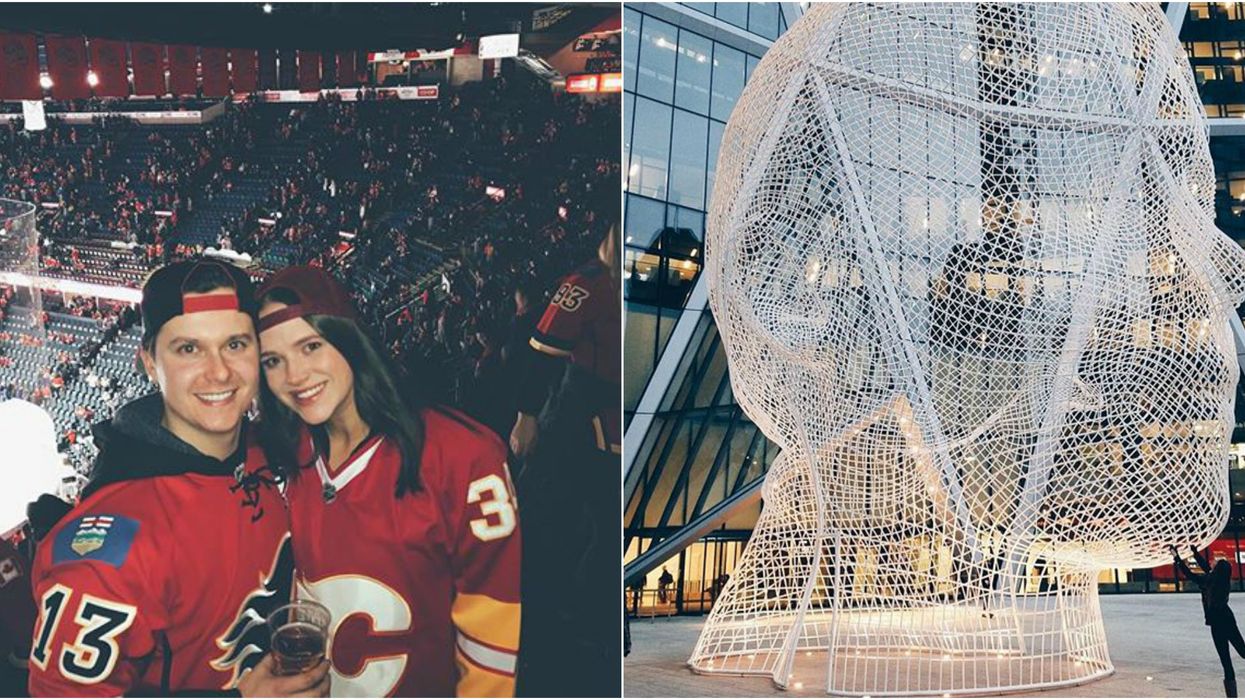 Anyone who's never been to Calgary may wonder what happens in our city. From an outsiders perspective, it may seem as if we're all about the Stampede, the Calgary Flames, bad drivers, and weekend trips to the mountains.

While we do love all of those things, there's so much more to us than just that! I myself have only lived here for about two years now, but I've definitely picked up on some habits that all the long-time Calgarians around me do on a regular basis.

This list is mostly comedy, but a lot of it is actually way too real. Who hasn't forgotten about rush hour and spent an hour trapped on Deerfoot, or swore they'd never show up at Draft Night again after a crazy night?!

Check it out, how many have you done? 😜

1. Snap a picture at the top of the Calgary Tower.

2. Spend at least one hour stuck in traffic on Deerfoot.

3. Cheer on the Calgary Flames, even if you know nothing about hockey, or they're not your favourite team.

4. Ride the bull at Knoxville's after one too many Twisted Teas.

5. Get way too wild at Cowboys Draft Night, even after promising yourself you'd never go again.

6. Cheer on your team at the Crowchild Classic.

7. Complain about how few of your favourite music artists tour in our city.

10. Spend all winter counting down the days until summer.

11. And when summer comes, complain about how hot it is from your air conditioning free home. 13. Ride the C-Train in the wrong direction for several stops without noticing.

14. Drive all the way to the NE just to satisfy your cravings with a Peter's Milkshake.

15. Stuff your face full of food and ride every ride at the Calgary Stampede.

16. Talk about how much you hate Stampede, then proceed to throw on your favourite flannel and a pair of cowboy boots.

17. Get in a heated argument with an Edmonton Oilers fan.

18. Pose for a picture on the Peace Bridge, the Giant Head Sculpture, or any other famous Calgary landmark.

19. Get lost while exploring Downtown.

20. Wait in line at Village Ice Cream or Made By Marcus for at least 30 minutes for the best ice cream.

21. Go to a local festival or night market just to try all the amazing food trucks.

22. Watch the sunset from Scotsman's Hill.

23. Complain about how there's nothing to do in Calgary when in fact, there's plenty to do.

24. Go rafting down the Bow in the summertime.

25. Go to a concert at the Saddledome.