You could have driven by it. 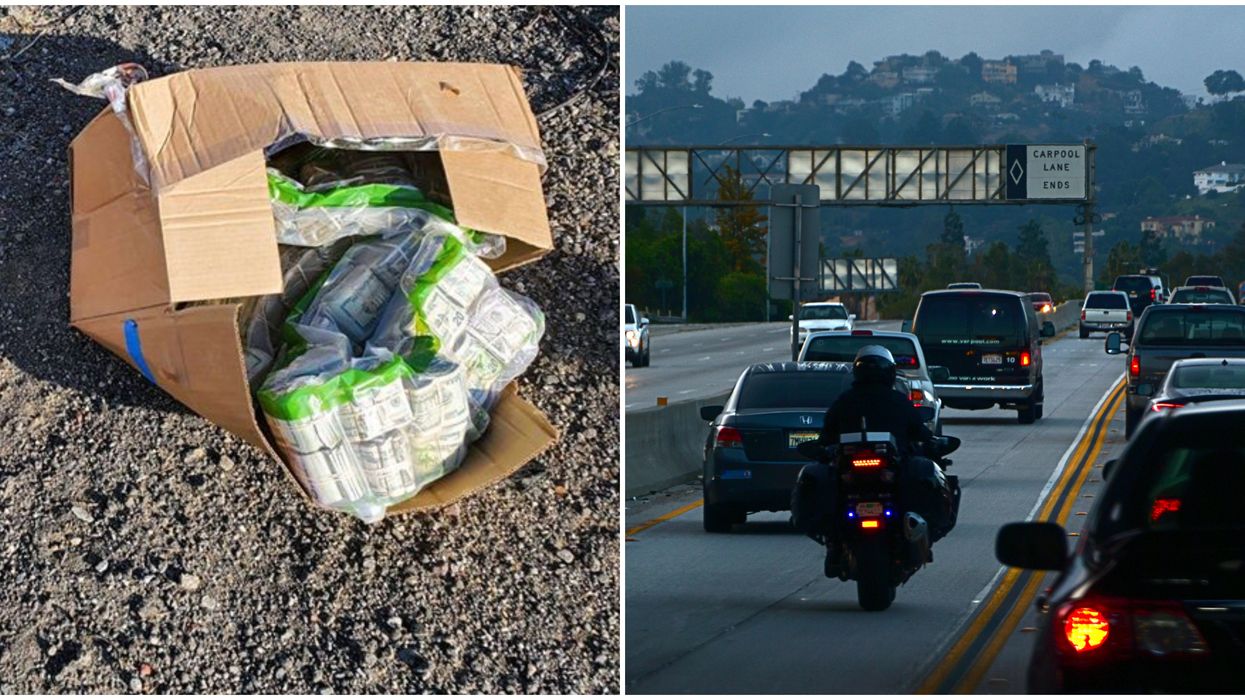 Were you in Merced over the weekend? If so, you could have driven by a serious lump some of cash without even knowing about it. A California driver ditched nearly $1 million on the side of the road during a wild getaway attempt from law enforcement.

When officers decided to pull the vehicles over for a check, one of the Suburbans took off to start the chase.

The other car tried to block off the CHP from pursuit.

Police were able to get around the blockade and track down the suspects.

That's when things picked up even more. Fox26 News reports that one point, the passenger in the Suburban jumped out and dropped two carboard boxes on the side of the road.

There was nearly $1 million in cash inside the boxes. Photos from the police department show bank rolls in U.S. currency taped up in plastic wrap.

Participants in all three vehicles were eventually taken into custody.

Police recovered all of the money after receiving several 911 calls about the boxes dropped off on the highway shoulder.

When going through their cars, officers also found walkie talkies and learned that the drivers were using them to communicate and evade cops during the high speed pursuit.

A K9 unit sniffed out narcotics related to the large cash sums. Police discovered that the suspects were all on their way to Northern California to purchase marijuana.

It is unclear where they had gotten the cash from and exactly what the suspects will be charged with. Fox26News went on to report that felony charges are pending.

California's stay at home order was issued on March 19 and mandates that nonessential travel is not allowed at this time.