Protesters were not respecting social distancing. 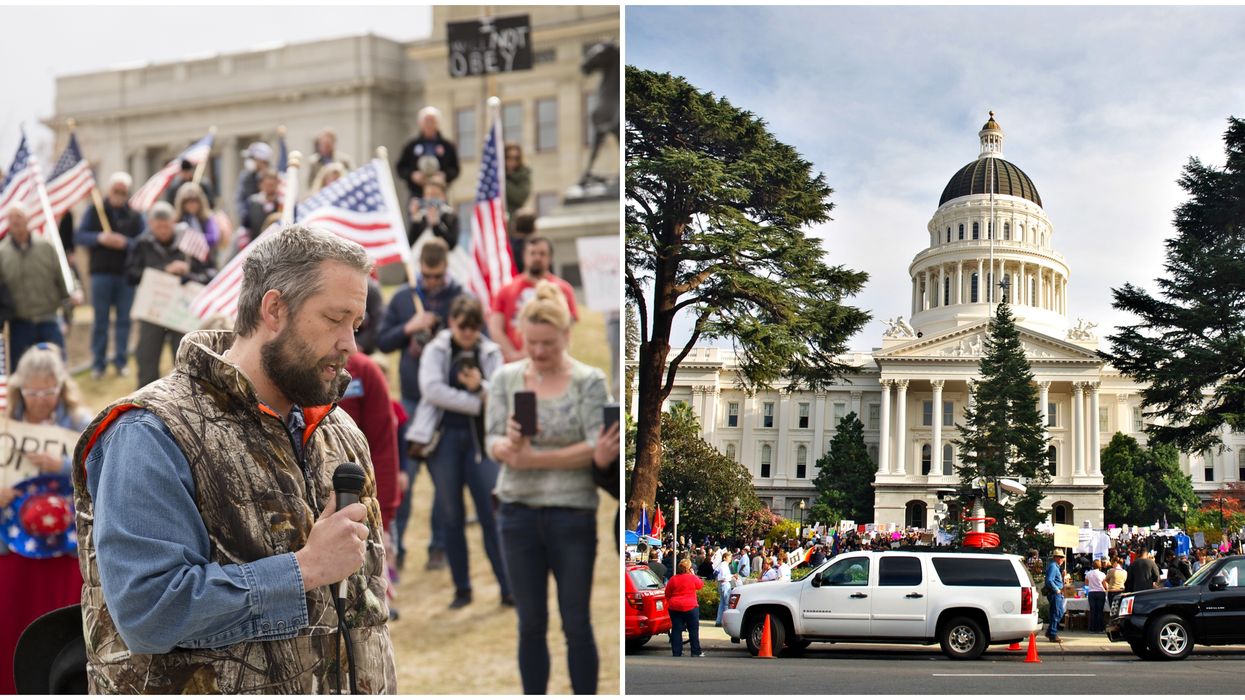 On Monday, protestors flocked to Sacramento to speak out against Governor Newsom's stay at home order. Now, they're reaping the consequences. The California Highway Patrol banned protests at the state capitol by denying permits.

"Permits are issued to provide safe environments for demonstrators to express their views,” the CHP said in a statement.

They went on to say that "the permit for the convoy was issued with the understanding that the protest would be conducted in a manner consistent with the state’s public health guidance."

Social distancing was not respected and the California Highway Patrol said they would take this violation into account when considering permits for this group and any others.

Many of them were not wearing masks and stood shoulder to shoulder in spite of the state's six feet apart social distancing mandate, said KFBK Sacramento.

The Sacramento Bee reported that Monday's protest was nicknamed "Operation Gridlock," as it caused traffic congestion downtown. Hundreds of people were driving around in their cars with signs and honking their horns.

The Washington Examiner wrote that several other protests against the stay at home order were scheduled to take place on May 1. At this time, it is unclear how many groups will be affected by the CHP's decision.

California Highway Patrol (CHP)'s latest efforts are part of a greater plan to slow the spread of COVID-19 by enforcing social distancing.

Governor Gavin Newsom issued his stay at home order on March 19. The mandate requires residents to stay inside their place of dwelling except for essential actitivies such as grocery shopping, pharmacy visits, and health care visits.

He has also placed a ban on large gatherings.

Physical activities such as walking and jogging outside are allowed as long as participants practice social distancing and stay at least six feet apart from others at all times.

* The cover photo was used for illustrative purposes only.