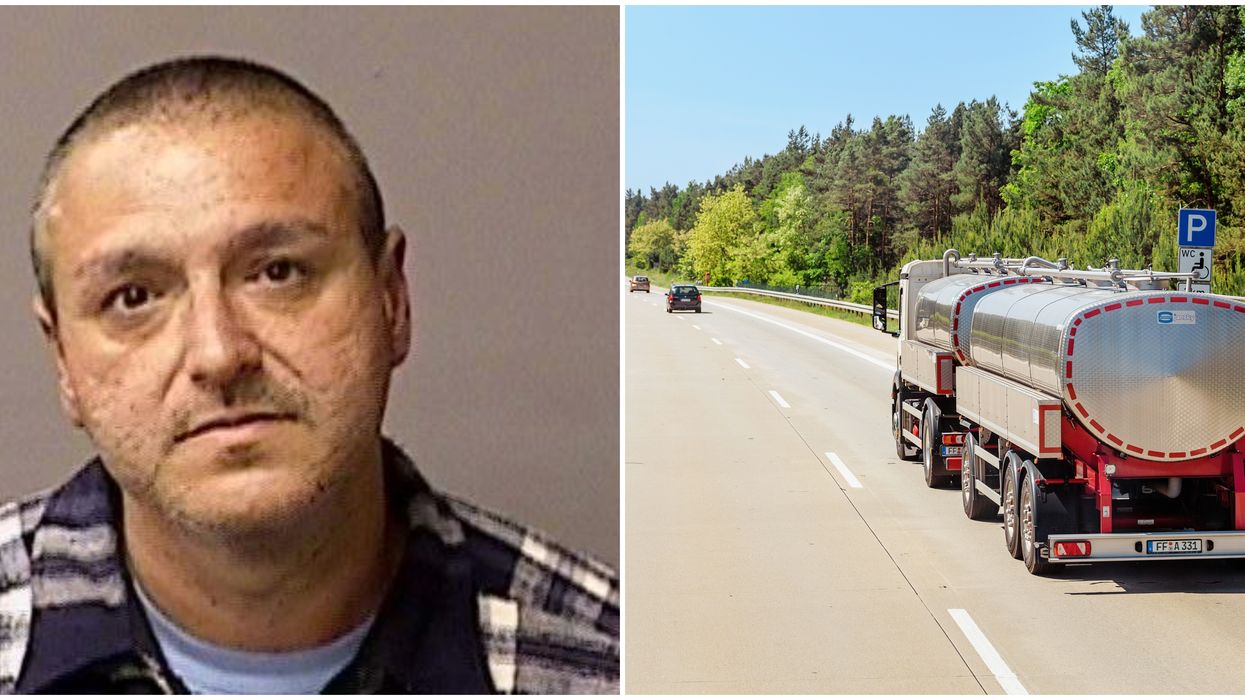 This is the kind of heist you've only seen in movies. A 39-year-old California man guzzled wine from the tank of a moving big rig truck. It's safe to say he took taste testing to the next level.

“I’ve listened to thousands and thousands of calls,” said Modesto CHP officer Tom Olsen. “This one’s up there in the top 10.”

The dashcam recording of Moreno's wild ride is so amazing, you'll have to see it to believe it.

Wondering how it all went down?

When the driver pulled over thinking he had a mechanical error, that's when Moreno swooped in - only wearing underwear.

Moreno runs to the side of the big rig and hides out of view.

After the truck gets back on the road, he rides the side of the tanker and gets underneath the truck as it hits freeway speeds.

The driver realized he was losing tons of wine and quickly called CHP.

As thousands of gallons of wine flowed out from the truck, Moreno was still clinging on underneath and gulping as much as he could.

Officer Olsen went on to say, "This individual was able to release the wine from under the tanker, and he placed himself underneath the tanker in such a manner, the best way to describe this was somebody doing like snow angels."

The company reported a massive loss of wine on the freeway and CHP arrested Moreno. They have not yet announced what he will be charged with.

* Right cover photo was used for illustrative purposes only.