Can You Guess Which Girlfriend Belongs To Drake Or Justin Bieber?

Put your celebrity knowledge to the test. 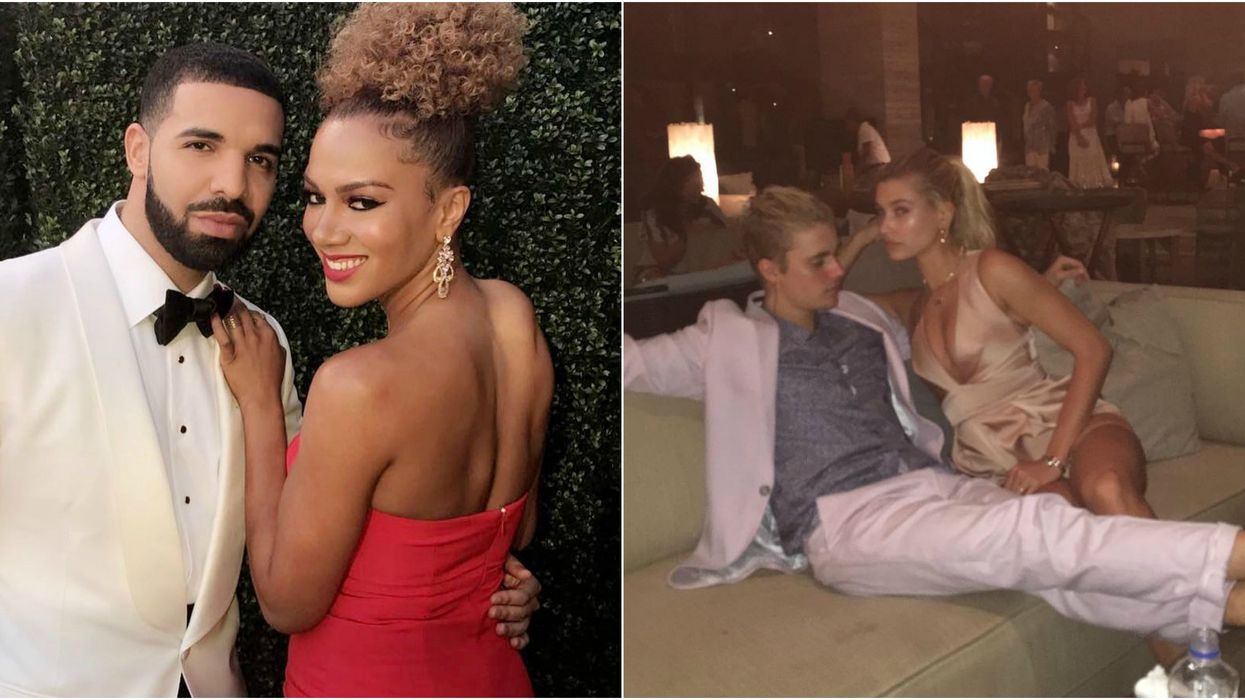 These days especially with the height and popularity of social media it is super easy to follow our favourite celebrities. This means we basically have access to all of their lives at all times.

Specifically Canadian music icons Justin Bieber or Drake. They both have had their fair share of girlfriends, flings and tings. It's hard to keep up with these two heartbreakers.

If you think you know what is what with these two, take a swing at this challenge. See if you can guess which girl belongs to either Justin Bieber or Drake. Good luck!

1. Who went on a one time date with Kat Dennings?

Kat Dennings is a super popular actress known for her principal role as Max in 2 Broke Girls. She can also be spotted in other popular movies like Nick and Norah's Infinite Playlist, The 40 Year Old Virgin and Thor. This A-list actress deserves a man who understands the spotlight, and has impressive accomplishments of his own. So who is it going to be?

Drake admitted on The Ellen Show: "I just always had a huge crush on Kat Dennings, and she was kind enough one night to oblige me and we went out for dinner".

2. Who got with Victoria's Secret model Barbara Palvin?

Barbara Palvin is Hungarian model, whose claim to fame comes from her stint as a Victoria's Secret Model. She was named as the 2016 Sports Illustrated Swimsuit Issue "Rookie of the Year." She also cracks the top 20 on Forbes' list of highest paid models. She needs a boyfriend who is down to spend some money and get wild. So who is her match going to be? Drake or Bieber?

Bieber has been photographed with Palvin on a date in New York City. She denies the 2 were ever officially together though.

3. Who has been pictured cuddling with Yovanna Ventura?

This younger model is not seen in the spotlight too too often, Yovanna is lowkey and keeps to herself, like Drake. BUT She is also super young, and knows a good party like Bieber. So who is the guy for her?

Yovanna had been pictured cuddling with Bieber and quickly became labelled as Bieber's new girl.

4. Who had a fling with Instagram star, Lira Mercer?

Lira Mercer, commonly known as Lira Galore is an exotic dancer, model and social media star with an impressive 3.4 million Instagram followers. She has dated several famous celebrities including Pat Beverly and was even engaged to hip hop superstar Rick Ross. So who do you think Lira went for? Did she stick to what she knows with hip hop star Drake? Or switch it up with Justin Bieber?

5. Who was posting cheeky comments on model Ashley Moore's photos?

Ashley Moore is a stunning model from North Carolina. Her Instagram feed is as beautiful is her, and she has a pretty devoted following for being a new model on the scene. She's certainly a new comer in the industry but was swooned by Drake or Justin Bieber. Who's it going to be?

Justin commented on a photo of Ashley: "Ash I see you in your calvins" and was also photographed kissing her a little while later.

Bernice Burgos is seriously a boss. She is an entrepreneur who runs a line of sleepwear for women of all sizes called bold and beautiful. She is also recognized in the industry as a top urban model. She definitely has the success to keep up with either Drake or Bieber. Who did Bernice choose?

Drake knows a successful woman when he sees one. Drake has been photographed kissing Bernice 2 years ago in March.

7. Who was seen on dates with actress, Nicola Peltz?

Nicola Peltz debuted her career in 2010 with her breakout role as Katara in The Last Airbender and Bradley in Bates Motel. This blonde bombshell is making her way into the scene slowly, and definitely working hard. Like Canadian icons Drake and Bieber, she really understands the hustle. So which one hustled his way into her heart?

Peltz was spotted having sleepovers with Bieber, their fling was unfortunately short lived.

Ravie is a talented dancer and Instagram model who is on her come up. Her following on Instagram is rapidly growing, and she currently works as an event host and does freelance modelling gigs on the side. As a girl of many talents, she could really have Drake or Bieber. So which one courted her to a famous Hollywood party?

Drake was still trying to get over Rihanna during this time. (And quite literally still is...)