Satisfy your need for speed. 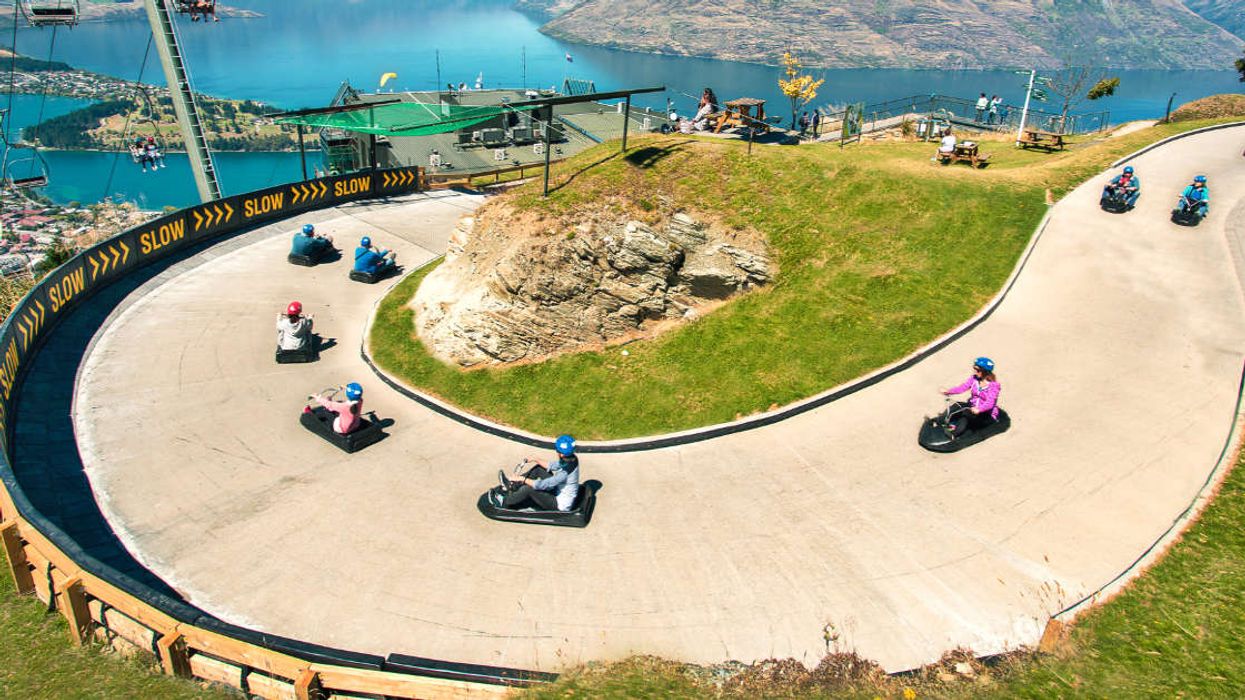 Ever wonder what Mario Kart would be like in real life? Well, there's a place in Canada where you can live out that fantasy, and while there are no flying bananas or spiked turtle shells, it's the closest thing we'll probably ever get to the real thing.

READ ALSO: The RCMP Reminds Canadians That You Can Be Fined For Eating While Driving

The Skyline Luge is a unique attraction that takes riders down a massive hillside track in special streamlined luges. Skyline Luge tracks exist all over the world, including in New Zealand, South Korea and Canada. Canada actually has two of them — one in Calgary and one in Quebec (Mont Tremblant) — and they're both epic. Calgary's Skyline Luge track is the longest of its kind in the world, stretching 5,905 feet and featuring over 50 twists and turns. It runs along side the famous Winsport winter Olympic Luge track and has an elevation of 4,100 feet. Riders will first reach the top of the track via chairlift, then descend down the hill purely by gravity.

The luges are controlled by a simple lever which is pushed and pulled. Pushing allows the luge to roll faster, while pulling slows it down. Both Skyline Luge tracks in Calgary and Quebec reopen this year in May, just in time for summer. Luge rides in both locations are typically $16 for a single ride, and there are also several group packages available.