Canada Is In For 4 More Brutal Months Of Winter Weather

Canada's winter will be brutal for 4 more months and we're so sick of it. 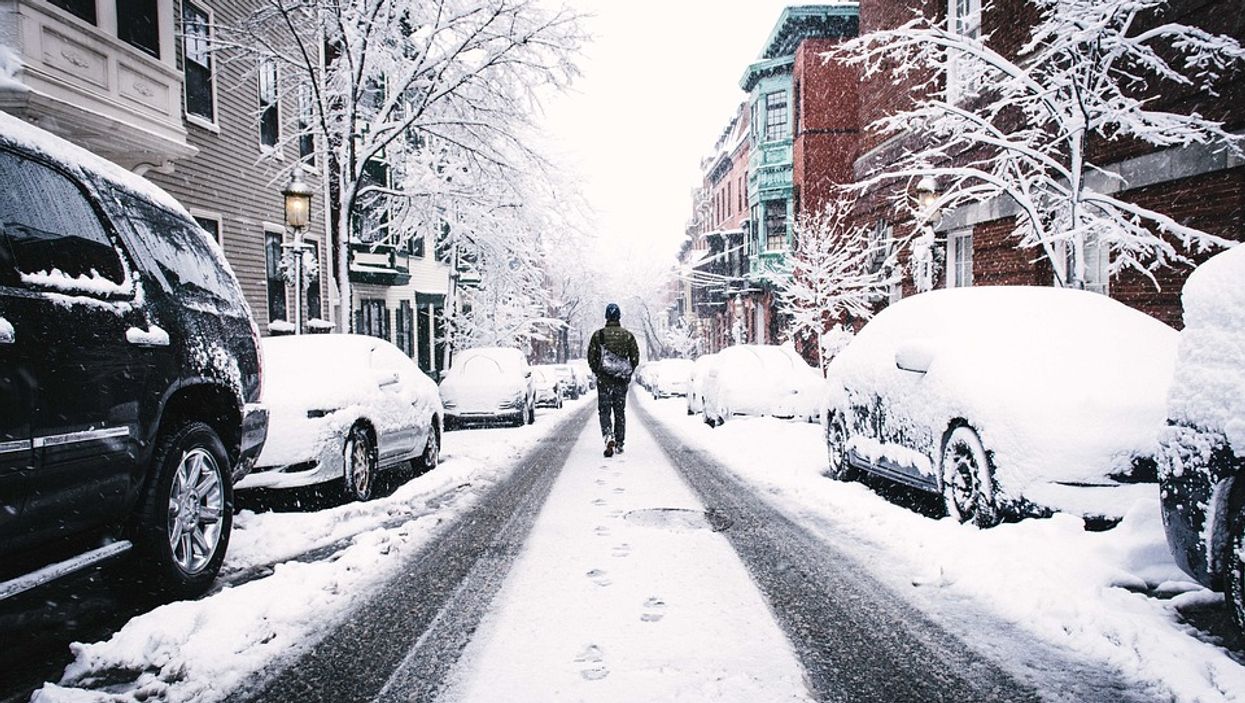 You don't need to wait for groundhog day to know how long winter will be. Canada's spring season will feel like a brutal winter during the next four months,, according to the Farmers Almanac. Though winter is just beginning in some places here, it's not going anywhere soon.

According to the Almanac's predictions for winter 2019, the start of spring will be coming later than normal this year. Across Canada, winter is expected to hang on well through April and possibly into May with some winter storms expected late in the month. This is especially true for Eastern Canada, including Quebec.

The Almanac also predicts what they call a potent winter storm coming in mid-April. The storm could bring wet-snow and cool weather, which is definitely the less ideal way to welcome spring.

That means that in Canada we are about to be facing four more months of wintery weather and it's not going to be a nice one. Along with the late start of spring, the Farmers Almanac's winter predictions also include a rundown of the conditions we can expect over our four-month waiting period.

This winter, get ready for below-normal temperatures across most of the country, especially in the month of February, when some places are expected to dip into some deep freezing temperatures.

Some places in Canada have already been seeing this colder weather while others are just beginning to get the serious winter weather now. Every province and region is different, but the Farmers Almanac also predicts what the next month is going to look like for each part of Canada too.

For instance, in BC the Almanac's long-range forecast suggests that they are going to have rain and cloudy skies all month long, with higher elevations getting snow throughout the rest of January.

In the prairies, however, it's going to be a different story. Alberta, Saskatchewan, and Manitoba are forecasted to get a big winter storm this week to bring a lot of snow, with another one next week bringing deep cold temperatures. That's pretty much going to continue all month long.

Ontario is also due for some big storms this month. The Almanac's long range forecast for this region has the province getting snow and some rain for the next two weeks before even colder temperatures set in, followed by even more snow and rain.

Meanwhile, in the east, they are in for a pretty nasty start to winter. The region of Quebec, New Brunswick, Nova Scotia, and PEI is due for some typical winter weather over the next few weeks before an early February storm is forecasted to hit the region with gusty winds and a heavy dose of snow.

Newfoundland is very similar with a typical forecast of lots of snow, clouds, and colder temperatures before high winds and snowfall hit at the beginning of February. The Farmers Almanac is based on predictions and tracking weather trends, so there is always room for error. That being said, so far spring is nowhere on Canada's horizon.