Canada is losing its official women's hockey league despite them just having their best season yet. 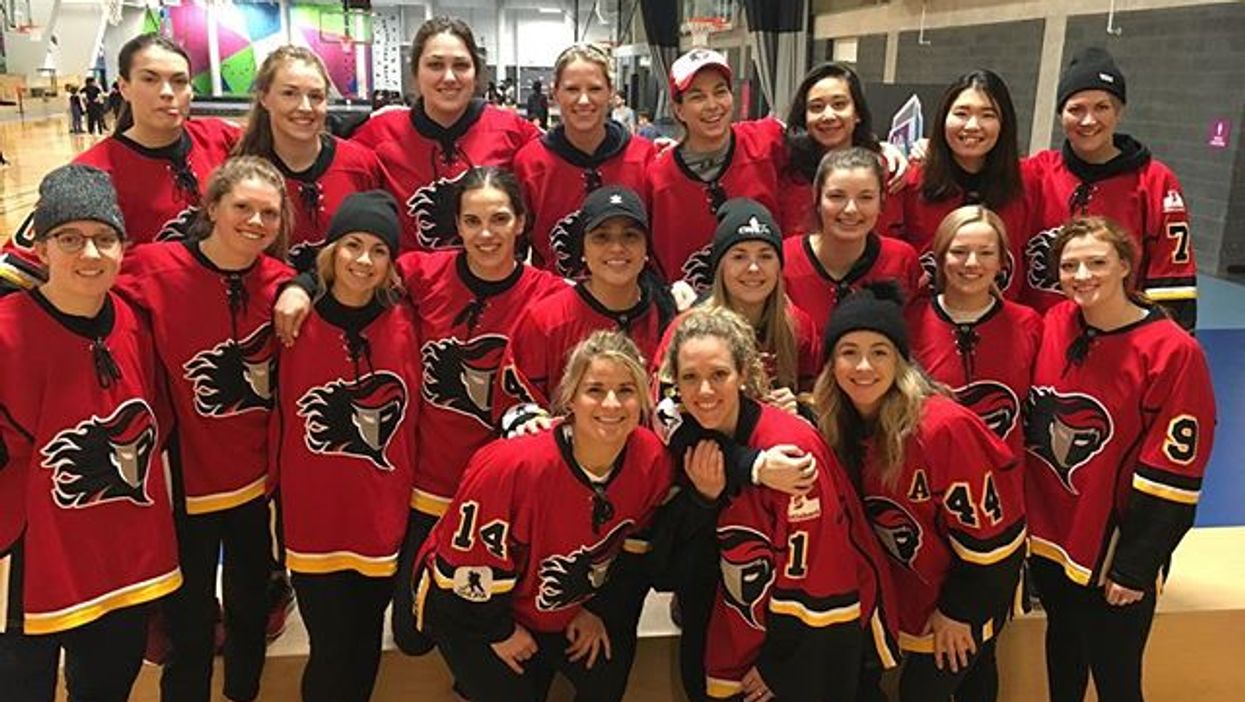 It's a sad day for women's hockey here as Canada's Women's Hockey League announces they are officially shutting down. The CWHL revealed this morning that as of May 1, they will discontinue all operations. The move comes due to economic instability.

The CWHL was established back in 2007 and since then, according to their website, has served as the "premier, professionally-run women’s hockey league in the world." The league has six different teams in it from both North America and China. These are the Calgary Inferno, Les Canadiennes de Montreal, Markham Thunder, Shenzhen KRS Vanke Rays, Toronto Furies, and Worcester Blades.

READ ALSO: This Canadian Dad Videotaped His 4-Year-Old's Hockey Practice And It's Honestly So Relatable

The league has also been home to some of Canada's biggest hockey stars. This includes Hayley Wickenheiser, Tessa Bonhomme, Meghan Mikkelson, and five recent Olympic medalists who played on Team Canada in South Korea, among others. Despite having so many great stars, the league simply doesn't have the financial means to keep going.

In a press release this morning, only days after the CWHL Championship game, the league which operates as a not-for-profit organization revealed that their business model was not sustainable. This is even in spite of partnerships with NHL teams like the Calgary Flames and Toronto Maple Leafs, and Hockey Canada. Obviously, the news is a major hit for not only women's sports but also Canada as a whole since hockey is our official national sport. It's also a major disappointment to CWHL fans.

According to the league, a record-breaking number of fans tuned in for their Clarkson Cup championship last week with over 175,000 fans tuning in.

Now some of those fans have taken to Twitter to express their disappointment.

The NHL should do a better job to help support them. If they are major sponsors in the league help do a better job. Our women hockey players deserve so much more

Some of the players even turned to social media to express their feelings on the CWHL shut down.

My years playing for @TheCWHL and @CWHLPA were some of the best years of hockey in my life. To all of the countless volunteers, thank you, to the fans, thank you, and to the brave pioneers that played alongside me, thank you. #CWHL

Today the hockey league we played in and relied on to improve as players, folded. The support we felt throughout these years was tremendous & we would love to keep this momentum going. The future generations need to be able to see their role models on the ice. #noleague #cwhl

I’m heartbroken at the news of the #CWHL folding. Hard to process this after our most successful season to date. Thank you to the builders, players, coaches, GMs, fans that made it possible for 12 seasons. We will rebound from this.

Despite the league shutting down, many of the players say they are going to try their best to remain optimistic and find a solution so they can all keep playing, even without a league.

Completely & totally shocked. Having planned to return to the #CWHL w/ the @InfernoCWHL next season, as a mother of 2 children based in Calgary, this is scary. As other players have said, it is hard to remain optimistic but could this be for the best??? #NoLeague @NHL @Sportsnet https://t.co/BOCrnD0M2t

This morning we were informed the #CWHL is folding. As players, we will do our best to find a solution so this isn’t our last season of hockey but it’s hard to remain optimistic. #NoLeague

To every little girl I saw in the stands last wknd at the Clarkson Cup and those who tuned in at home. Your heroes are still here. Wear your Spooner/Fast/Nurse etc. #CWHL jerseys and dream the big dreams. We're tired- but we'll keep playing for you, for 10 fans or 10M. #NoLeague pic.twitter.com/OY9hoxU0PM

The Canadian Women's Hockey League will officially cease operations on May 1, just one month away from now.