Canada Map Shows Just How Bad The Fires Are In B.C. As It Declares A Provincial State Of Emergency

The Pacific is burning. 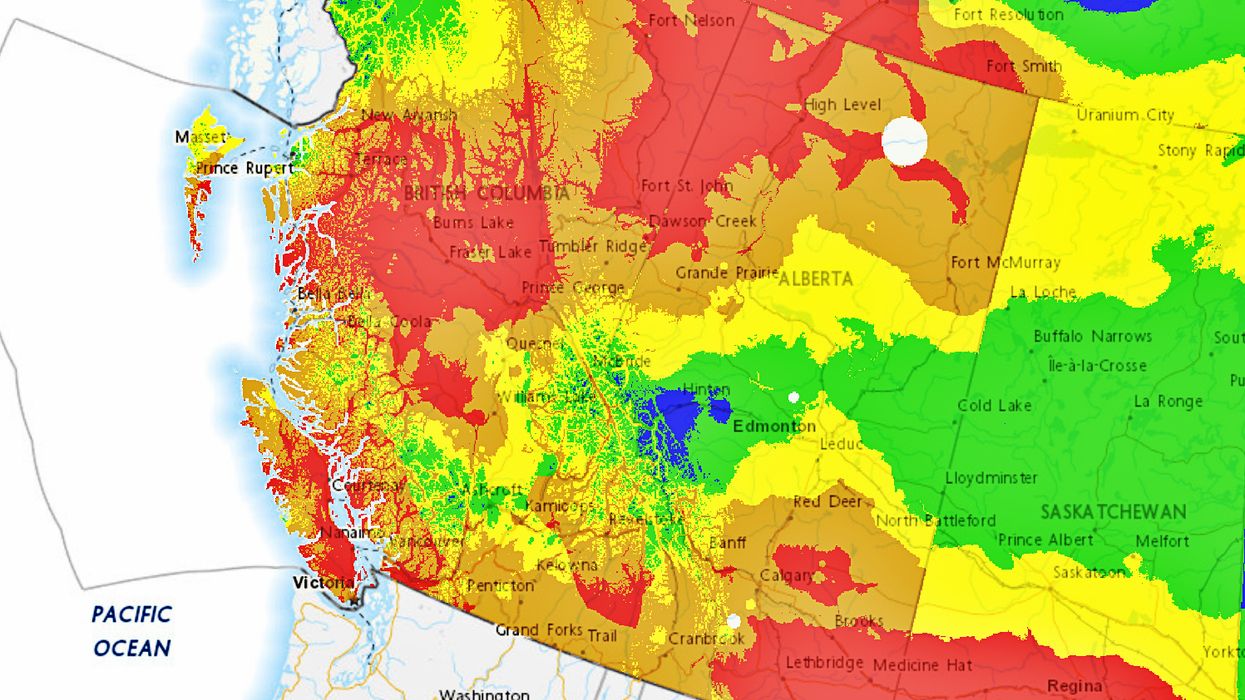 The B.C. government declared a provincial state of emergency earlier this week in light of the devastating wildfires that have engulfed the province in flames.

Mike Farnworth, the Minister of Public Safety and Solicitor General, made the declaration based on the counsel of B.C. wildfire experts and officials. Under the state of emergency, special measures to deal with the wildfires will be put into place for the next two weeks and will involve the cooperation of all levels of government, from local to federal.

“Public safety is always our first priority, and as wildfire activity is expected to increase, this is a progressive step in our wildfire response to make sure British Columbia has access to any and all resources necessary,” Farnworth stated in a press release. “Taking this step will further ensure we can protect the public, property and infrastructure, and assist with firefighting efforts.”

Such period can be extended or reduced depending on how the situation changes in the next couple of days.

An updated map released by Natural Resources Canada displays just how pressing the situation is in the country's Pacific end right now. Almost the entire area of B.C., as well as the southern regions of Alberta and Saskatchewan, are shaded in red to indicate an 'Extreme' level of fire danger:

In B.C. alone, there are currently over 566 active wildfires burning up the province. Such have prompted as many as 29 evacuations and 48 evacuation alerts, which combined have affected the lives of over 20,000 people in total.

The province has already employed over 3,000 firefighters, but the federal government will be sending in more assistance in the coming days. Doug Donaldson, the Minister of Forests, Lands and Natural Resource Operations, says British Columbians can do their part to help by simply adhering to the current burn bans in place in order to "prevent human-caused fires."