The trans-fats ban not only covers restaurant food but also treats sold in grocery stores. 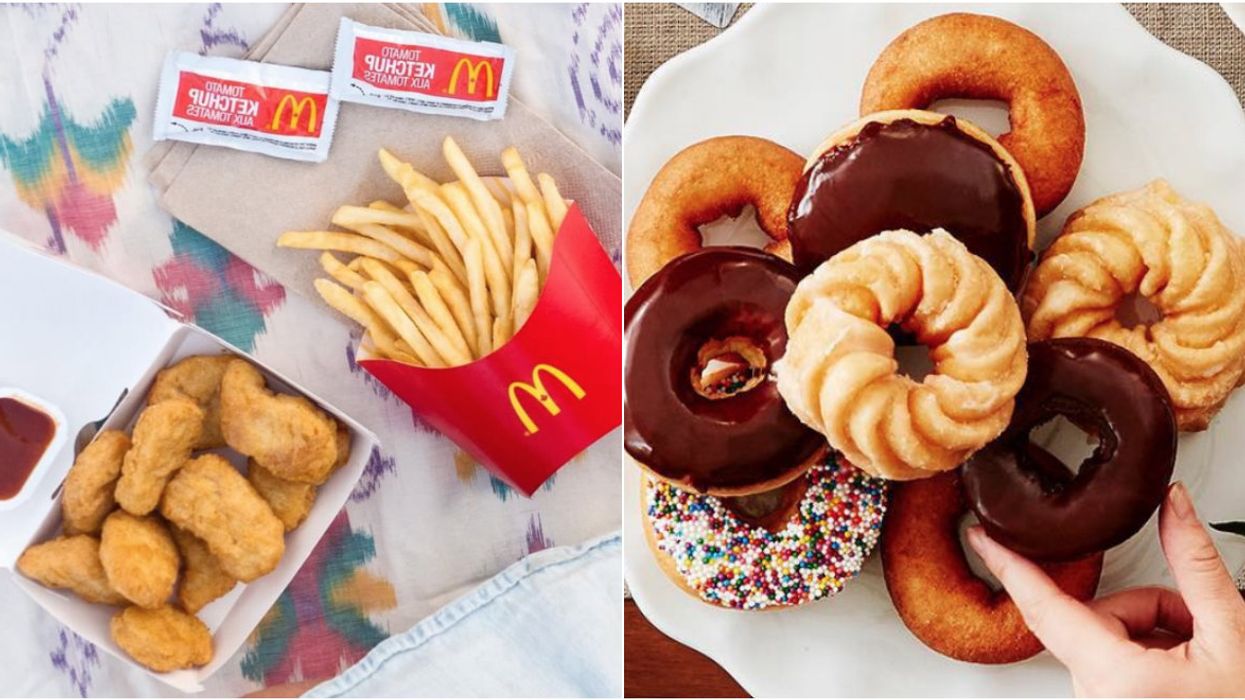 If you're a lover of fast food and deep fried treats then the new food ban from Health Canada will prove to be disappointing. On Monday, September 17th, trans-fats are to be removed from foods in both grocery stores and restaurants.

READ ALSO: Canadians Are Getting Duped Into New "Sextortion Crimes" And Here’s How To Avoid Them

While it's not new information that trans fats are bad for your health, the new ban will have the food industry changing in Canada. So what does that means for your favourite late night snacks? Well, it could change them completely.

Trans fats were originally added to foods to help them extend their shelf life and became a replacement to animal fat or lard. Partially hydrogenated oils are the ones with artificial trans fats in them and included margarine, vegetable shortening, and coffee creamer, plus way more.

One year ago the Canadian Health Minister gave the food industry a warning, stating that the ban was coming and they would have a year to figure out alternatives.

As of Monday foods available in restaurants, at the grocery store, and made in Canada will have to be free of trans fat. Meaning deep-fried goodies, like french fries and doughnuts, will have to find new alternatives without losing quality in taste.

Partially hydrogenated oils have now been added to Health Canada's 'List of Contaminants and Other Adulterating Substances' to help Canadians lower their cholesterol.

Food may not be as fatty but we're hoping that the alternative will not only make french fries healthier but equally as tasty too!