This is the second extension of the closure. 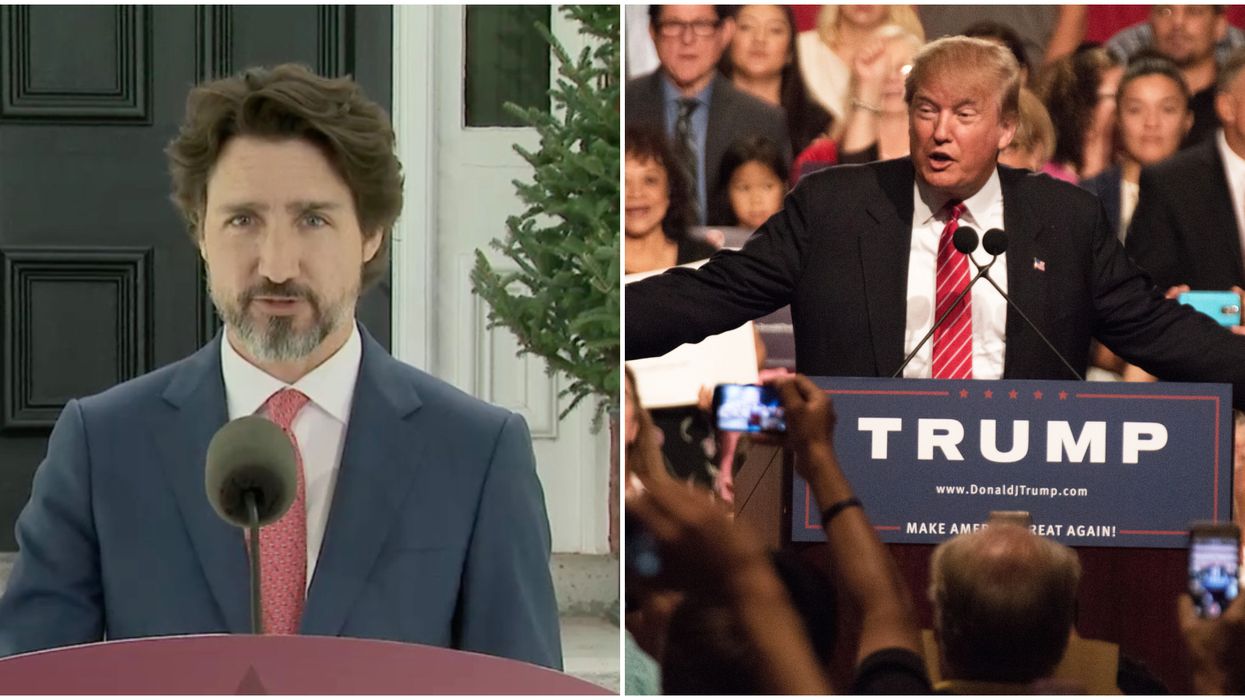 Countries are still remaining cautious when it comes to preventing further spread of COVID-19. Today, Prime Minister Justin Trudeau announced that the Canada-U.S. Border will remain closed for at least another 30 days. The border has been closed since March 21.

Trudeau revealed the joint decision by both countries at the beginning of his May 19 daily address.

“This is an important decision that will keep people in both of our countries safe,” he began.

"It was the right thing to further extend by 30 days our closure of the Canada-U.S. border to travellers other than essential services and goods," the Prime Minister continued.

Before making any decisions about reopening, Trudeau said that he would continue to "watch carefully" what is happening elsewhere in the world.

He went on to acknowledge that Canada needs to "do more" to ensure that international travellers are properly followed up on, so that they "don't become further vectors for the spread of COVID-19."

Speaking in Ottawa, Prime Minister Justin Trudeau announces that Canada and the United States have agreed to a 30-d… https://t.co/rFj5lrfpir
— CPAC (@CPAC)1589901124.0

This is the second time the border closure has been extended. It was originally set to expire on April 19 but was pushed to May 17 with another 30-day extension.

U.S. President Donald Trump made the announcement about the first border decision on Twitter, writing on March 18, “We will be, by mutual consent, temporarily closing our Northern Border with Canada to non-essential traffic. Trade will not be affected.”

On April 15, Trump said during a press conference that the Canada-U.S. border would be one of the earliest ones to open back up again.

However, this ran counter to what Trudeau had said about reopening.

“Travel restrictions are going to remain extremely important in terms of containing the spread of COVID-19 in Canada,” he said during an April 14 address.

“We're going to continue to work with the Americans and people around the world, to ensure that we continue with these restrictions," the PM added.

Canada-U.S. border "will be one of the early borders to be released" from travel restrictions, says U.S. President… https://t.co/JzZLyNDVPb
— Power & Politics (@Power & Politics)1586991151.0

Ontario Premier Doug Ford had also expressed that he didn’t want the borders to reopen too soon.

“I was adamant on the call yesterday with the premiers and the prime minister, I do not want those borders open,” he said during a May 8 press conference at Queen’s Park.

Dr. Theresa Tam said on May 12 that the United States posed a risk to Canada, as they were still trying to manage outbreaks.

At least one couple has had to deal with being separated by the closure. They’ve been meeting up for socially distanced dates at the border.