They beat the "the largest audience ever to witness an inauguration." 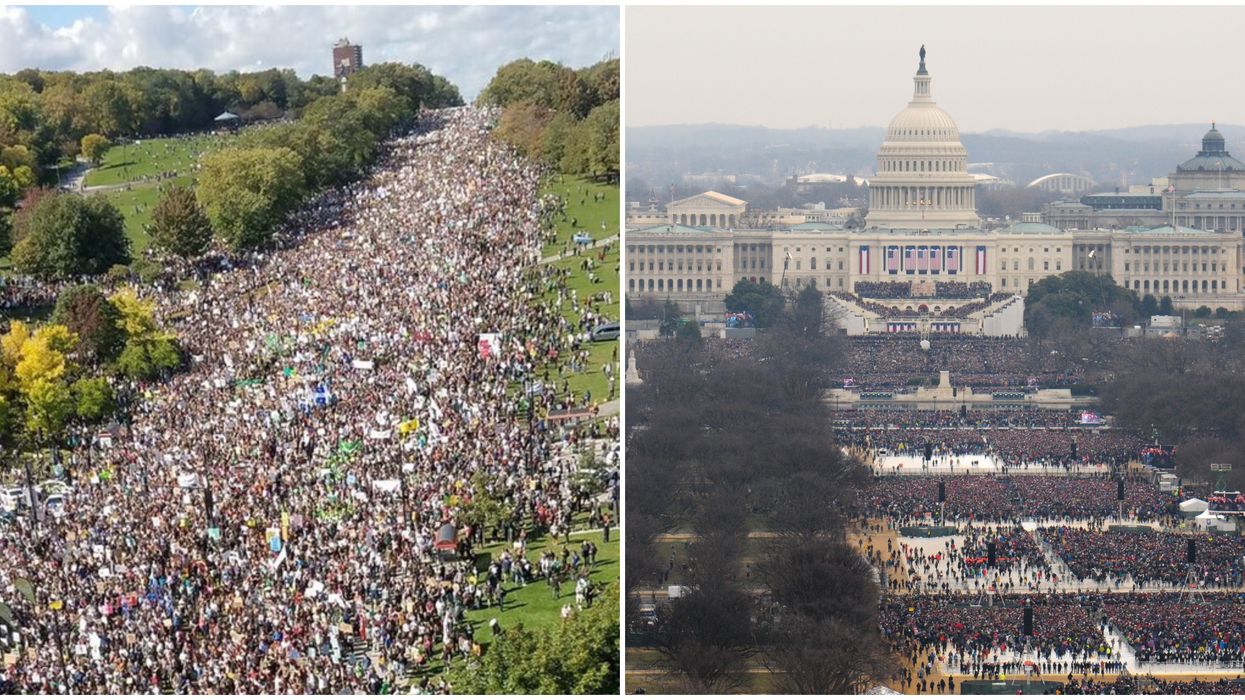 Canadians came out in crowds to demand climate action at climate strikes across the country. New figures from Greenpeace show just how big those crowds were. Canada's climate strike numbers show that the strikes in Canada saw more people than Donald Trump's inauguration did.

According to numbers from Greenpeace Canada, it's estimated that 694,000 people came out to climate strikes in eight major Canadian cities. But there weren't just eight strikes in Canada. Protests, marches and rallies were happening all over the country in cities and small towns so the total number of people who attended could potentially be a million or more.

Even then, just the attendance numbers from the eight cities are greater than the number of people who attended Trump's inauguration in January 2017. Vox estimates that there was anywhere from 300,000 to 600,000 people at the inauguration.

That's nowhere near Barack Obama's numbers but Trump's numbers are not unheard of for inaugurations. Even still, climate change draws a bigger crowd.

The strikes happened across Canada on September 27 and aerial photos of the strikes gave some idea as to how big the crowds were but now that the numbers are rolling in Canadians can see just how many of us came out to rally for the climate.

The biggest strike in the country happened in Montreal where Greenpeace Canada estimates 500,000 people were in attendance. That alone could be more people than were at Trump's swearing-in ceremony.

More than 20,000 people took to the streets to strike in Victoria. Both Halifax and Winnipeg had 10,000 protesters come out to the climate strikes happening there. Edmonton's numbers a little smaller at just 4,000 attendees but they still made their voices heard.

After Montreal, Vancouver had the next biggest climate strike. Over 80,000 people took part there and the scenes were spectacular.

Sally McManus, secretary of the Australian Council of Trade Unions, has been tweeting out lists of countries that had the biggest climate strikes in relation to its population. Canada has come in at number two with about 2.1 percent of the population taking part in climate strikes.

If these numbers are anything to go by, Canadians care more about the climate than Americans do about their president.