Look out for the series when it premieres this summer! 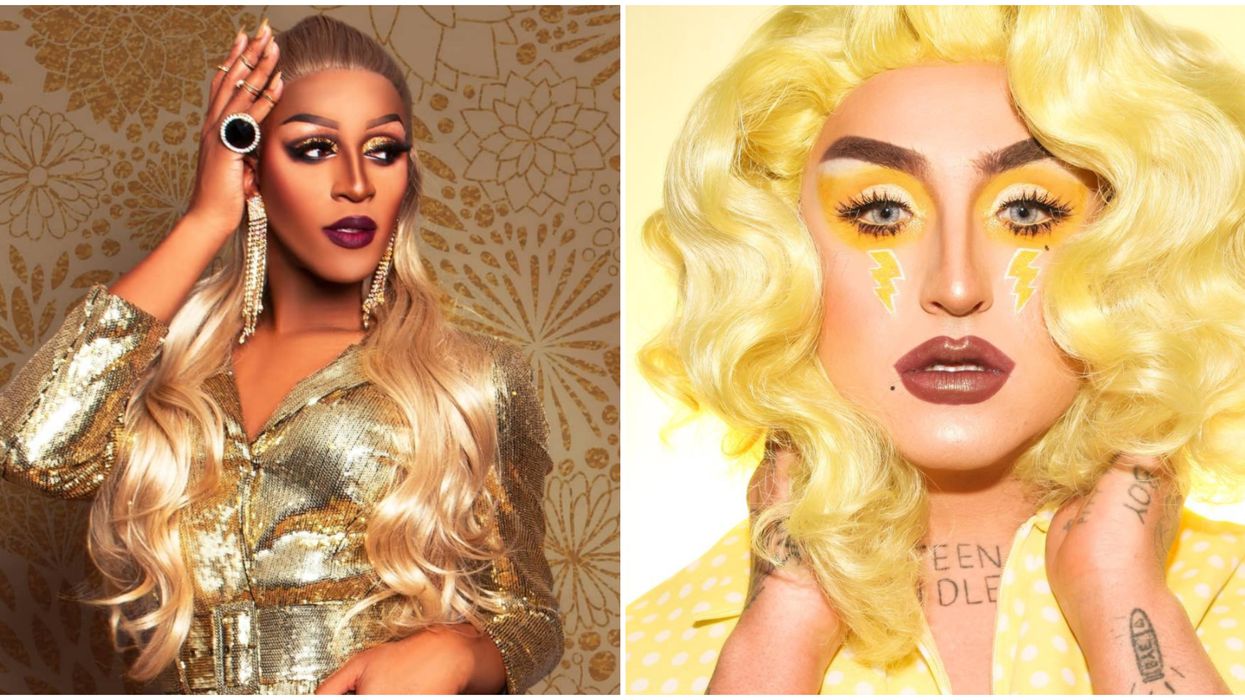 Hello, squirrel friends! If your life is in need of some serious glamour, we have just the thing for you. The Canada's Drag Race contestants were just announced, and they're ready to serve up some serious True North realness.

Nearly a year ago it was announced that Canada would be getting its own version of RuPaul's Drag Race. After months of anticipation, some big news is finally starting to arrive. We recently got our first look at the series, and now we have a release date and more details about the iconic cast.

According to a press release from Bell Media, the series is set to premiere on Crave this summer—July 2, to be specific. Much like it's predecessor, Canada's Drag Race will feature a group of fabulous queens from all across the country as they compete in a series of creative performance challenges in hopes of winning not only the title but also $100,000.

If you've ever watched a drag performance, you know first hand that we're in for some massive personalities (and eyelashes), and this new series is sure to be a treat. You can get to know your Canadian queens below.

"I love drag because it gives me the opportunity to be my authentic, goofy self and bring my audience happiness. When an audience is happy, so am I! I like my drag to allow people to let loose, have fun, laugh and forget about all the negativity in the world.”

“Drag is important to me as it is how I visually express how I see myself on the inside, and how I manifest my female energy as a two-spirit person!”

“I’m so excited to be on the first season of 'Canada's Drag Race and I can’t wait to show the world how incredible Canadian drag really is.”

“I am so excited to be on Canada's Drag Race so I can show the world I’m not only that b*tch, I’m that *Canadian* b*tch.”

“Drag is the perfect gateway for self-discovery and self-expression. It’s the beautiful culmination of courage, joy, performance, and artistry that inspires and entertains. Drag is a personal and political statement that challenges the social constructs to help inspire change in the world.”

“I love drag so much. I had a drag queen perform at my 26th birthday party and they suggested I do drag. Now three titles, two music videos, and one big opportunity to be on Canada's Drag Race. I could be Canada’s First Ever Drag Superstar…what’s my name?!”

“I love, love, LOVE doing drag because it allows me to live my truth every day and there are no rules to what I am allowed to do, say, or accomplish. Canada's Drag Race lets me express every side of myself and show others how to be fearless and authentic. I want to prove that you can stay true to who you are, no matter what.”

“Being on Canada's Drag Race is a dream come true. I’m beyond excited to be on my favourite TV show and I can’t wait to make queer Canadian her-story!”

“I’m beyond excited to be part of this journey! I want to make my province proud and to be the very first francophone to own a Drag Superstar title. Dreams DO come true!”

“Being on Drag Race is the culmination of an amazing 17-year career. It allows me to represent all the little black boys and girls in third world countries like the Bahamas that have huge dreams but no resources to make them a reality.”

“Tynomi Banks is fun, flirty, and fashionable. She will entertain you, all the while stealing your man in plain sight and you won’t even realize it’s happening.”

“Drag is my vehicle for all my joy, ambition and creative energy. It makes me feel alive.”