The Scarborough Rapist could go free. 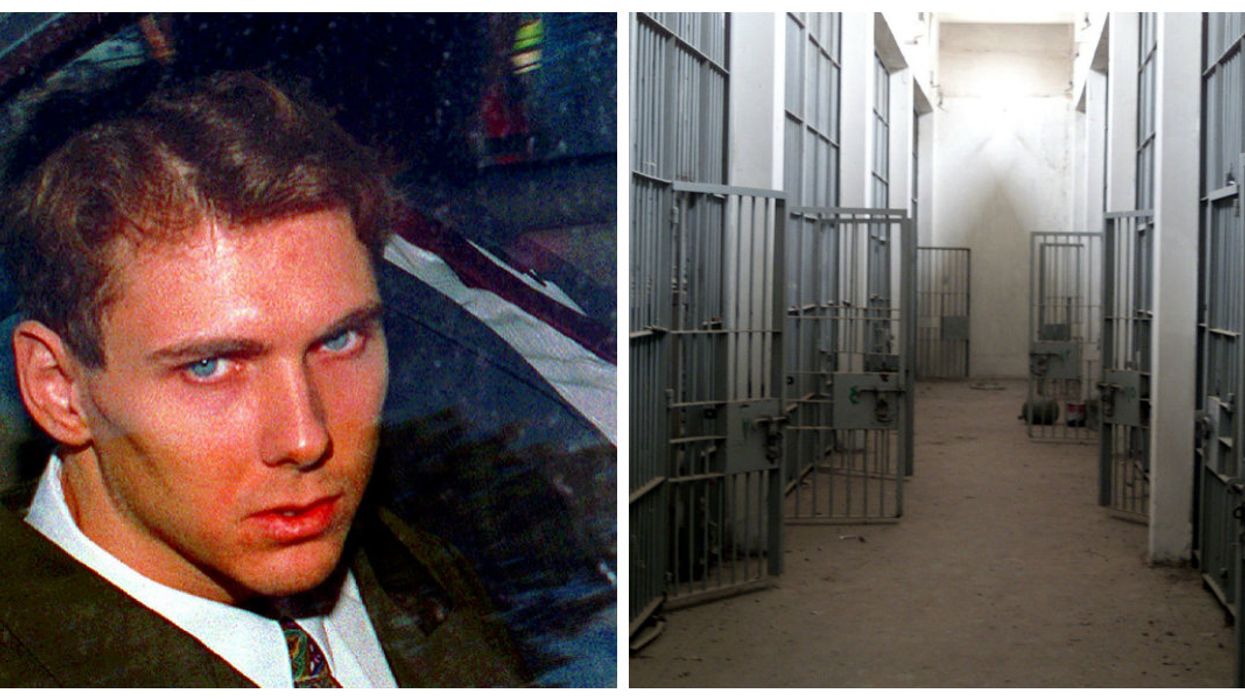 First locked up 25 years ago for his horrific crimes, Paul Bernardo AKA the Scarborough Rapist, school-girl killer, and Canada's most notorious criminal is now facing parole.

Bernado will have a chance to plead for his release from prison at a parole hearing that is scheduled tomorrow. The hearing will take place at the Bath Institute where Bernardo is being held and already it's generating a lot of buzz.

The news that Bernardo is up for parole isn't exactly welcome news for a lot of Canadians, who lived through and vividly remember his case and more importantly his horrific crimes against at least 14 women. You didn't have to be alive then either to know that what he did, raping and murdering young girls, was awful.

Despite his reputation in the public, many Canadians are not optimistic about Bernado's hearing tomorrow, meaning they actually believe he will be released.

Paul Bernardo possibly getting parole is too on the nose even for the flaming hellscape that is 2018.

After hearing the news of his parole hearing tomorrow, Canadians reacting on Twitter expressed their concerns that Bernardo could be back on the streets and a lot of people seem to think it will actually happen.

Let be honest, what this guy did is completely mild compared to just about everything i see on the news now days. People are getting off with way worse

This is Canada ppl!! Lol...he’ll get out and live a perfectly normal life somewhere just like Karla is doing. No one will do shit... which is unfortunate

Knowing the way the Canadian justice system has gone as of late, he will probably be released into the penthouse suite of a fancy condo but it'll be refered to as a 'healing lodge'.Can anyone please explain to me why my tax dollars are preserving his life?

Fears of Bernardo's release are linked to the fact that his partner-in-crime and wife at the time, Karla Homolka, is not only already out of prison, but was also found to be volunteering at a Montreal elementary school earlier this year.

People also think the Canadian justice system is too lenient, in fact, many think he shouldn't have been eligible for parole at all. They blame our so-called relaxed system that has seen other Canadian killers released or moved to low-security facilities recently for Bernardo's potential release.

READ ALSO: The Killer Of 9-Year-Old Tori Stafford Has Had Her Life Sentence Removed And Now Gets To Stay In A "Healing Lodge"

His parole hearing is scheduled for tomorrow, Wednesday, October 17th, at the Bath Institute, near Kingston, ON. The hearing is expected to attract a large crowd given Bernardo's notoriety and video screens will be set up for overflow.