The war is finally over! 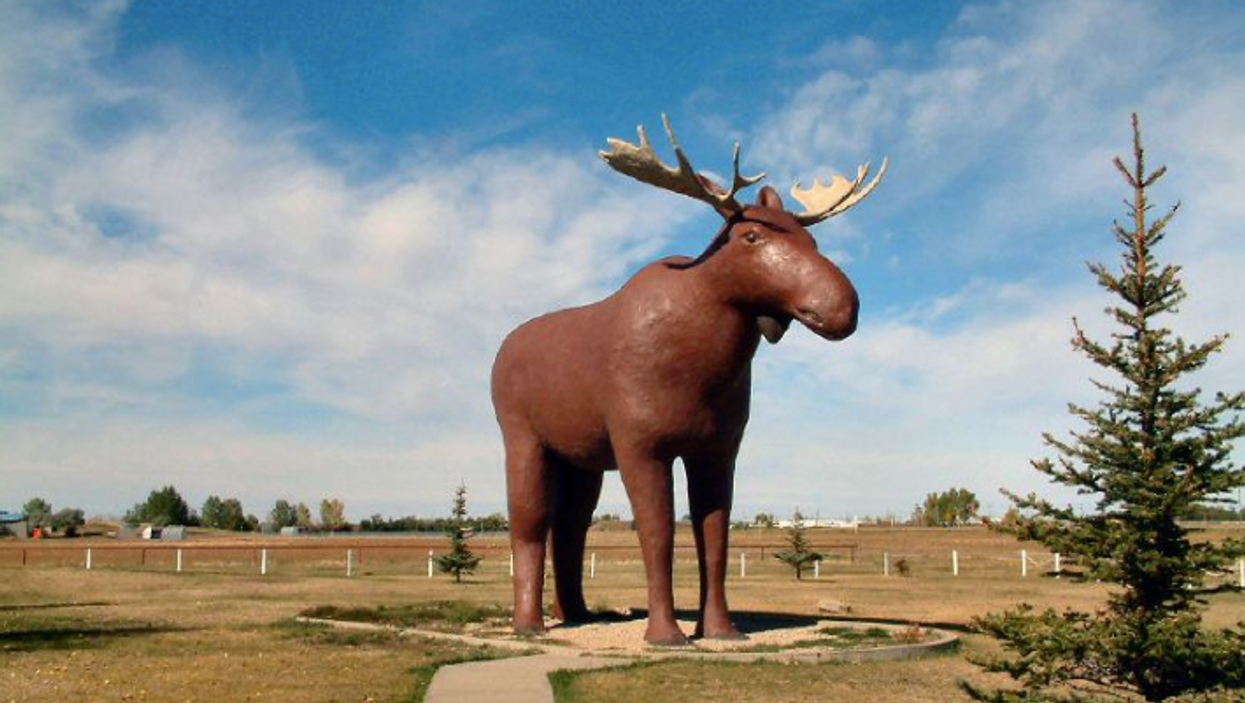 We've seen Canadians get pretty passionate about things in the past. While we're all for the pride towards hockey and Tim Hortons, it seems one Saskatchewan city is taking pride over having the tallest moose statue in the world. That was until Norway took that title away with a taller and shiner moose statue last year. Now, Canada's Mac the Moose is undergoing some renovations to once again, make him the tallest moose in the world.

Canada's Mac the Moose has been towering over the city of Moose Jaw, Saskatchewan for over 31 years, and residents of the city took great pride in being able to call him the tallest in the world.

However, a war quickly broke out between Canada and Norway last year when Norway erected a more blinged out moose that was a mere 30 cm taller than Mac and dethroned Canada for the world moose record.

Residents of Moose Jaw have been taking this matter very seriously, and since last April, they have been coming up with ideas to reclaim the title back from Norway, some suggestions included a Mountie hat or a pair of skates to help make Mac the extra 30 cm he needed to be.

However, the city finally decided to reconstruct Mac's antlers and have been working on the project since June. According to Global News, Mac the Moose is now days away from reclaiming his well-deserved title of the biggest moose in the world.

Mac's famous antlers have been removed, leaving him looking a little odd, as construction is currently underway to make them taller, so he can reclaim his title.

While Norway first stated that they would do whatever it takes to keep the record, including making their moose even bigger, the mayor has agreed to let Moose Jaw take its title back.

However, in the most Canadian fashion, Moose Jaw has agreed to recognize the Norway statue as the "shinest and most attractive moose in the world."

The construction on Mac the Moose is expected to be finished by October 10, where he will once again reclaim the title of the biggest moose in the world.