They're enacting the Quarantine Act. 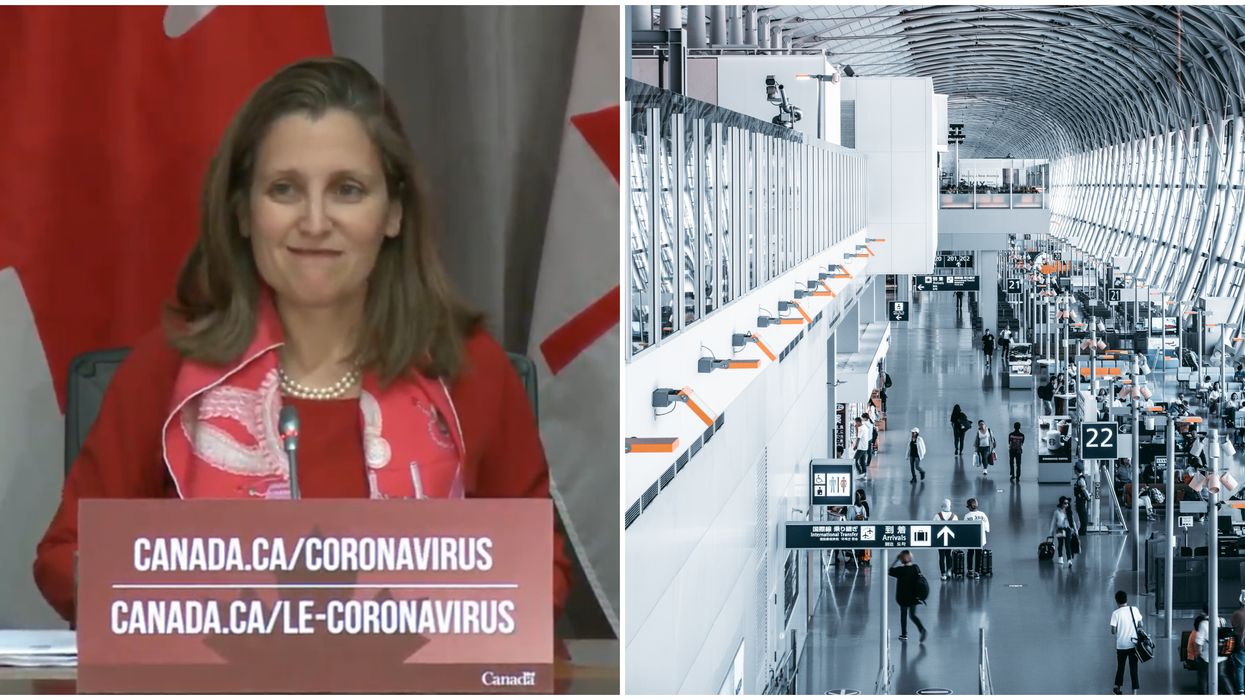 The government is stepping up measures to stop the spread of COVID-19 and flatten the curve here at home. If you’re returning to the country after March 25, you’ll have to take special precautions. Canada's mandatory self-isolation for travellers coming back into the country is going to be enforced and there could be consequences for not complying.

On March 25, Chrystia Freeland, the Deputy Prime Minister, announced to the media that Canada will now be enforcing a mandatory isolation period for people coming back to our country.

"We have for some time now been urgently advising people coming into Canada to self-isolate for 14 days upon their return," she said. "We have decided that now is the time to make that measure mandatory."

The mandatory measure will take effect at midnight tonight.

While no specific penalties have been announced yet, there is the potential for fines and even arrests if people violate the mandatory self-isolation.

Canada is using the Quarantine Act to impose that period of isolation for people returning to the country.

Howard Njoo, Canada’s deputy chief public health officer, said that 14 days is the outer limit for an incubation period so that’s why the isolation has that time frame.

"When you come home it's important to protect your fellow Canadians by self-isolating for 14 days,” Njoo said.

Before this announcement, some provinces and territories had already introduced mandatory isolation periods for people returning from other parts of the world and even other parts of Canada.

Now it will be a nation-wide measure.

"We all really appreciate that it is so important to have this self-isolation to protect the health and safety of Canadians,” Freeland said.

She also said that officials will gather traveller's contact information and then follow up with them directly to make sure they are staying in their homes even if they don't have symptoms.

“Canadians are great and people have been making real personal sacrifices,” she said. “At the same time, all of us are going to be and feel safer with mandatory quarantines for anyone entering Canada.”

The Quarantine Act received royal assent back in 2005 and it is meant to protect public health by taking measures to prevent the spread of diseases.

Patty Hadju, the health minister, said that the act gives the federal health minister powers to fine or jail travellers who don't comply with the 14-day isolation.

“This new measure will provide the clarity for those re-entering the country about the essential need to self-isolate," she said in the Senate on March 25.

However, essential workers who are allowed to travel between the Canada-U.S. border won't be subjected to mandatory self-isolation.