The difference is pretty striking. 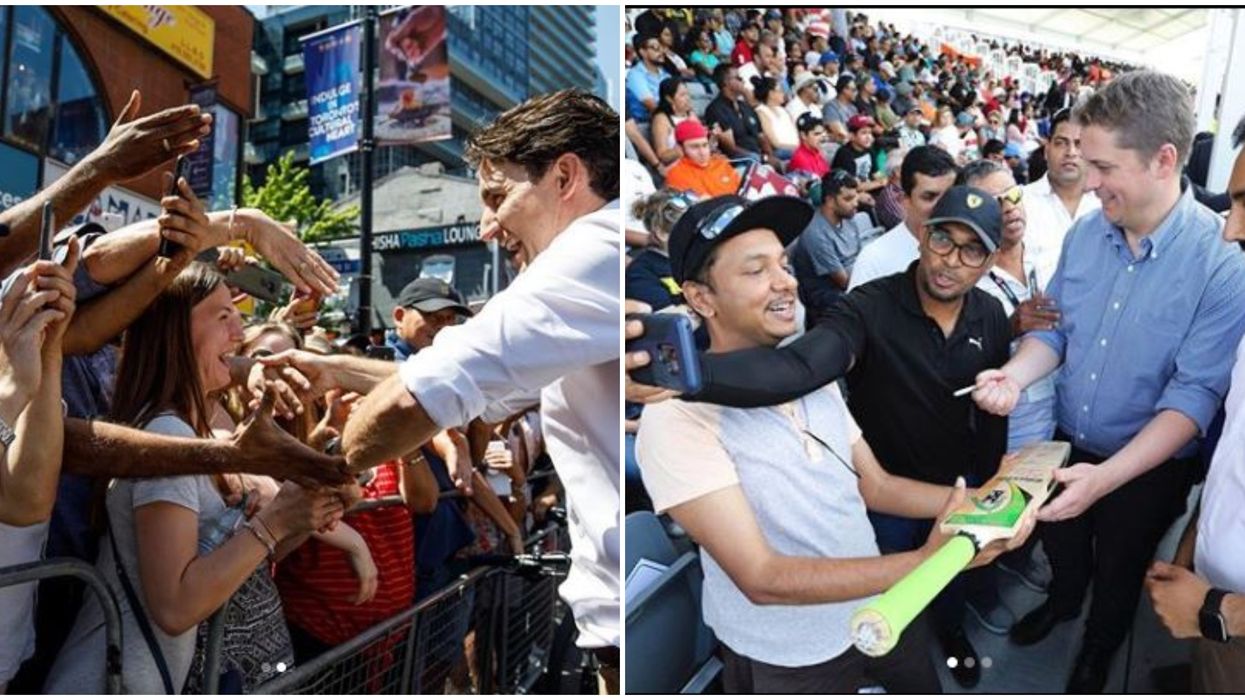 There's never a shortage of polls in the build-up to an election, but this one is particularly striking. It seems Canada's millennial voters are dramatically split in terms of the parties they support in October's federal election. We all know women and men often disagree on political issues, but these numbers show younger voters are worlds apart, even galaxies, across the nation.

Like any political poll, these results speak for a really tiny part of the population, but they definitely paint an interesting picture.

A total of 190 men between the ages of 18 and 34 replied to the survey, performed by Canadian non-profit research foundation Angus Reid. Some 32 percent of them say they are on Team Scheer, while 24 percent are backing current Prime Minister Justin Trudeau and his Liberals.

Jagmeet Singh and the NDP aren't far behind the PM with 21 percent saying they proudly rep orange. The Green Party isn't a hit with this demographic, as only five percent of the youngest male voters support them.

Based on this poll, it seems millennial women look at the election in a totally different way.

33 percent of the 186 female respondents aged 18 to 34 say they plan on voting Liberal, while 27 percent are totally with the NDP, the highest support for the party in any demographic.

Only 18 percent - almost exactly half of the male percentage - of millennial women say they support the Conservatives. The female millennial demographic is the weakest supporter of the PCs by nine percent.

Young female voters are feeling Canada's Green Party the most of anybody, as 17 percent said they'd vote for Elizabeth May and company.

The poll also shows the voting divide across the country, as the Conservatives are way ahead in the Prairies. Things are closer in B.C. and the Maritimes, but the PCs still lead the way. When it comes to Quebec, the Liberals are ahead by 18 percent.

In Ontario, which is often seen in the province that a party needs to win a majority, the poll shows 36 percent support for the Conservatives, and 35 percent for the Liberals. It looks like we're in for a tight fight in 2019, Ontario.

It's important to note that political polls usually cause some controversy, and they are by no means a final, objective assessment. As with any political poll, these numbers are probably going to change numerous times before Canadians cast their votes this October.

But right now, it certainly seems that when election day comes, millennial men and women across the country will be taking very different approaches.