Canada's selection of a new vertically-designed bill featuring Viola Desmond is getting all kinds of praise. 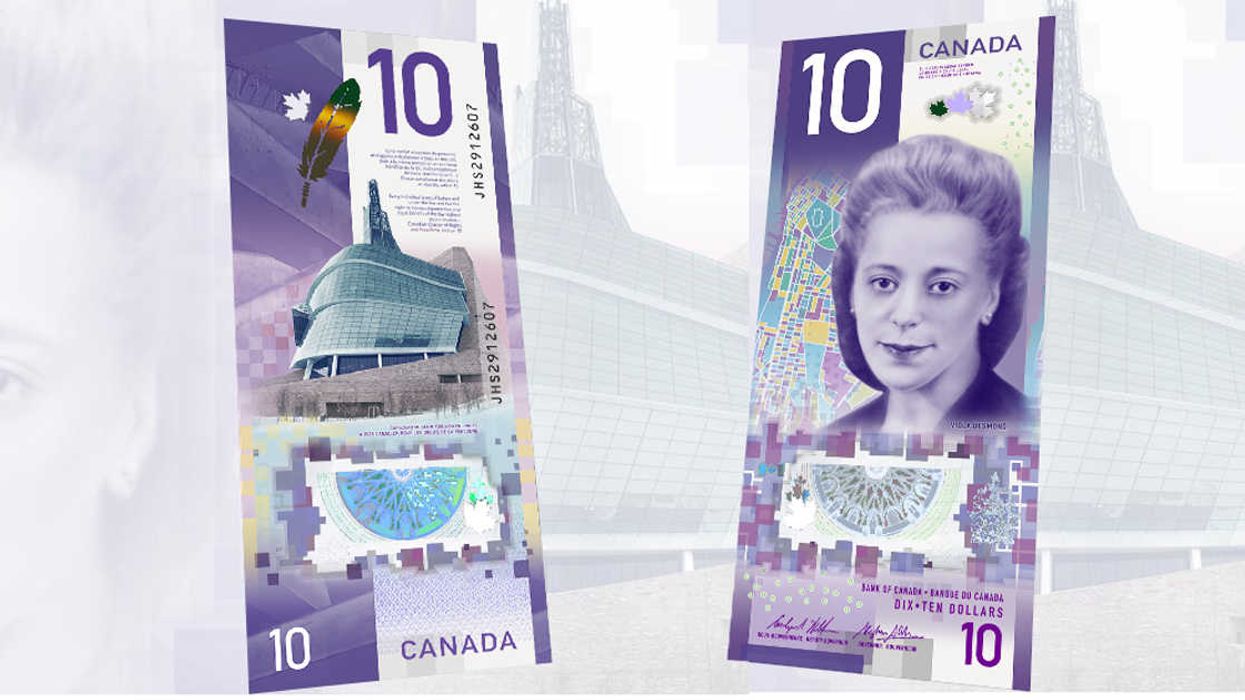 A Canadian banknote was just named this year's best in the world. The International Bank Note Society celebrated Canada's new $10 bill by awarding it the honour of the 2018 Bank Note of the Year. This is the first time in over a decade that Canada has won the award.

According to the International Bank Note Society, over 150 new banknotes were unveiled worldwide during 2018 of which only 10 percent were considered worthy enough to be nominated. Canada took an early lead in the voting for its new vertical redesign of our $10 bill.

The bill features Viola Desmond, a Canadian Black Nova Scotian businesswoman who became famous in 1946 after she took a stand against racial segregation while at a movie theatre. In an act of heroism, Desmond refused to leave the theatre's white-only section. Desmond faced a number of criminal charges for her actions, making an important sacrifice which ultimately led to a groundbreaking change in race relations in Nova Scotia.

A shocking total of 461 other viable candidates were initially submitted for the honour of appearing on the bill. In the end, it came down to Desmond and four other candidates, all of which were inspirational female figures in Canada's history.

On a global scale, the bill was selected from a list of 15 other finalists which featured notes from everywhere from Australia to Bolivia. The award is selected and voted on by the members on the International Bank Note Society board.

According to a report by CTV, the banknote also marks another first for Canada. It is the first Canadian banknote to feature a vertical design. The Bank Of Canada has stated that it now plans to release similar bills in the future.

The Bank of Canada typically changes up their note designs every few years to celebrate different important figures in our country's history.