We could all use a warm up. 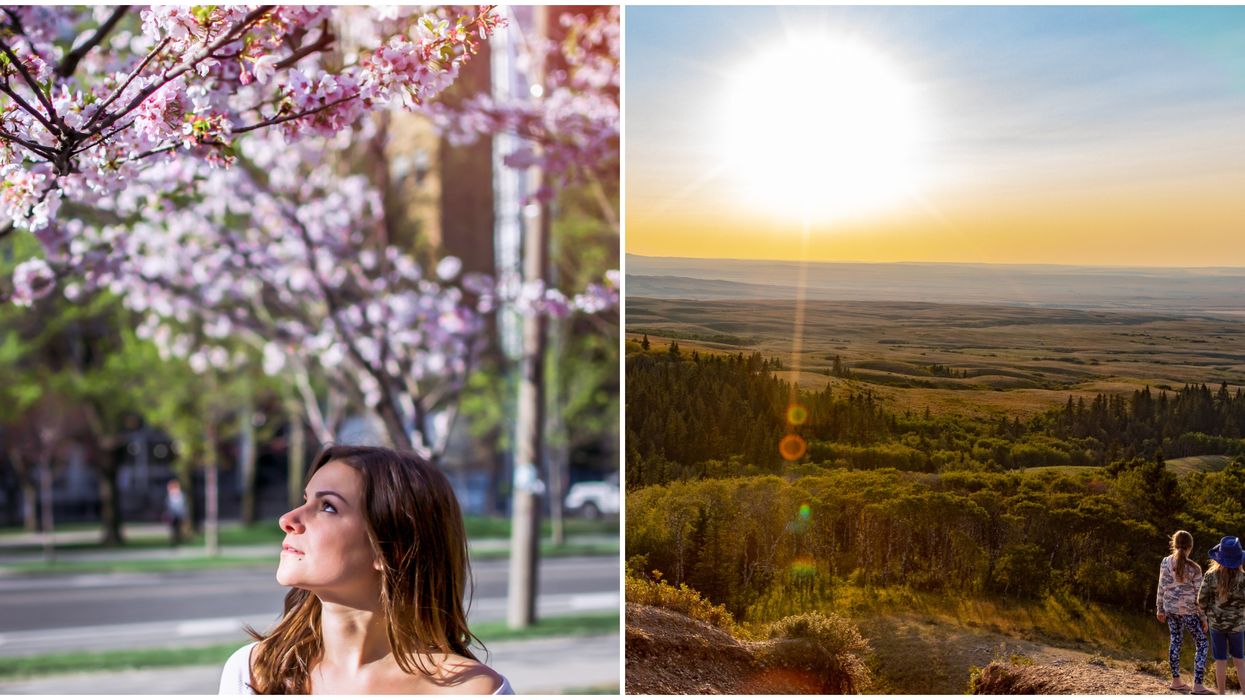 It's never too early to start thinking about those April showers and May flowers especially if winter has been beating you down. For people who love that yearly thaw, the season changing can't come soon enough. Canada's spring 2020 forecast shows that most of the country will be warmer than usual this year.

Spring doesn't officially arrive until March 19 but that doesn't stop people from hoping for good weather to come with the change in season.

The long-range forecast put out by The Old Farmer's Almanac looks at seven regions in Canada and gives insight into what the months ahead will bring weather-wise.

Using averages from Environment Canada, the Almanac shows that most of the country could be in for warmer than normal temperatures through April and May.

Despite that, it seems like the places that have been hardest hit by snow and cold this winter could stick with that trend and not warm-up that much.

Even if your region isn't going to be warmer than usual, there's still something to look forward to.

Once the spring equinox hits, there will be more hours of sunlight during the day with earlier dawns and later sunsets.

Here are the long-range spring forecasts for Canada.

With the snowiest periods expected to come to an end in early February, that could be the first step towards spring weather.

According to the Almanac, April and May will be cooler than normal across the region but only by a couple of degrees. Northern parts of the region could get more participation than what normally falls while the south will get less in those months and into June.

Snow is expected to continue to fall into late March but the following two months will bring above normal temperatures in western parts of the province while the east dips below normal.

It's also expected to be drier than normal.

Get ready for a warm-up after spring arrives in southern Ontario, especially in May when temperatures could be almost 4 C warmer than usual.

There could be more precipitation in the east so keep your umbrellas handy.

After a frigid and snowy winter, spring isn't looking too great.

The Almanac predicts that April and May will be cooler than normal across the region and rainier too.

A snowy period is also expected from late March into early April.

March, April and May could see temperatures rising to well above where they should normally be.

Precipitation is only slated to be slightly above the regular values recorded in the region for those months.

The Almanac predicts that April and May will bring above-normal temperatures to the territory while precipitation will be higher than usual in the north but less in the south.

For B.C., the two months after spring finally arrives will be slightly warmer than usual.

In the northern parts of the region, there could be more precipitation that normal while the southern parts get less.

If you can't wait for the season after spring, here's a look ahead to summer.