Some regions could see blizzards and snowfall. 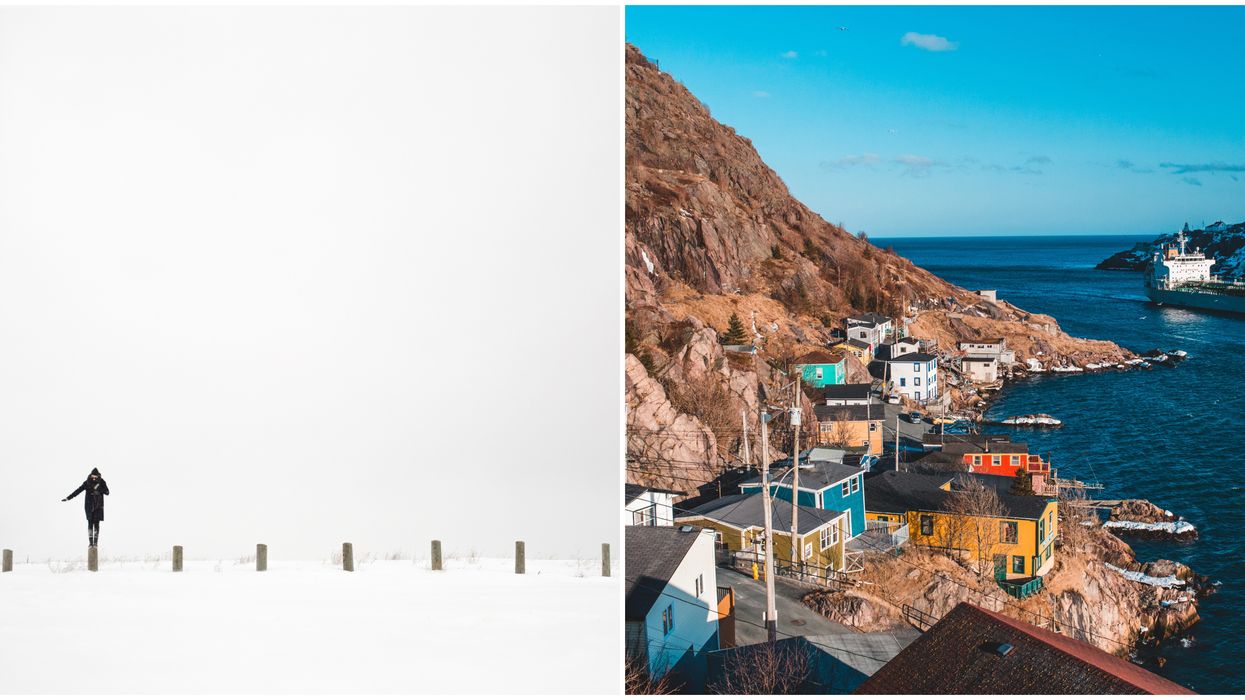 Thanksgiving is fast approaching and it's time to start planning. However, if those plans involved being outdoors, be careful because good weather isn't in the forecast for all of Canada. Canada's Thanksgiving forecast shows some parts of the country getting snow and some parts getting sun.

The Weather Network has released its Thanksgiving weekend forecast and some Canadians are in store for a snowy weekend while some should be getting out their t-shirts and shorts.

From B.C. to Atlantic Canada, the weather for the Thanksgiving weekend is top of mind for Canadians as they figure out travel plans and holiday activities.

According to The Weather Network, "with Thanksgiving right around the corner, many Canadians are getting their weekend plans in order. Thanks to its temperamental nature, fall weather will likely play a role in those plans."

Here's a regional breakdown of what kind of weather Canadians can expect during the Thanksgiving long weekend.

"Saturday does hold the risk of scattered showers, both of rain and high-elevation snow, but impacts to the South Coast and southern Interior are expected to be minimal," according to The Weather Network.

Temperatures will hover around seasonal for the weekend with high single digits in the north and low teens in the south. And skies will clear for people to take in the full Hunter's Moon on October 13.

The Prairies will be the most active region in the country during the Thanksgiving long weekend. A Colorado low will move in and bring heavy snow and rain to the eastern Prairies.

Environment Canada has issued special weather statements for most of southern Manitoba because of the Colorado low and the snow and strong winds it'll bring throughout the weekend. Travel will also be impacted by the weather in the region.

So you might just want to stay indoors for most of the weekend.

Seasonal temperatures in the low-to-mid teens are expected for the two provinces during the weekend.

"A 'cool front' cutting through southern Ontario and Quebec threatens showers for most on Saturday" according to The Weather Network but the weekend won't be a washout because the front will move out and make for normal fall weather on Sunday and Monday.

Environment Canada has issued a special weather statement for parts of northwestern Ontario because of heavy rainfall moving into the area on Friday and potential freezing rain.

The region can expect temperatures slightly above normal for this time of year but rain will move through the Maritimes most likely on Saturday and through Newfoundland on Sunday.

But The Weather Network assures that at least one day of the long weekend will have great weather for heading outdoors and taking in the fall colours.

Regardless of what kind of weather your part of Canada will get, make sure you plan ahead and prepare for what the Thanksgiving long weekend has in store.