Who needs a partner when the food tastes this good? 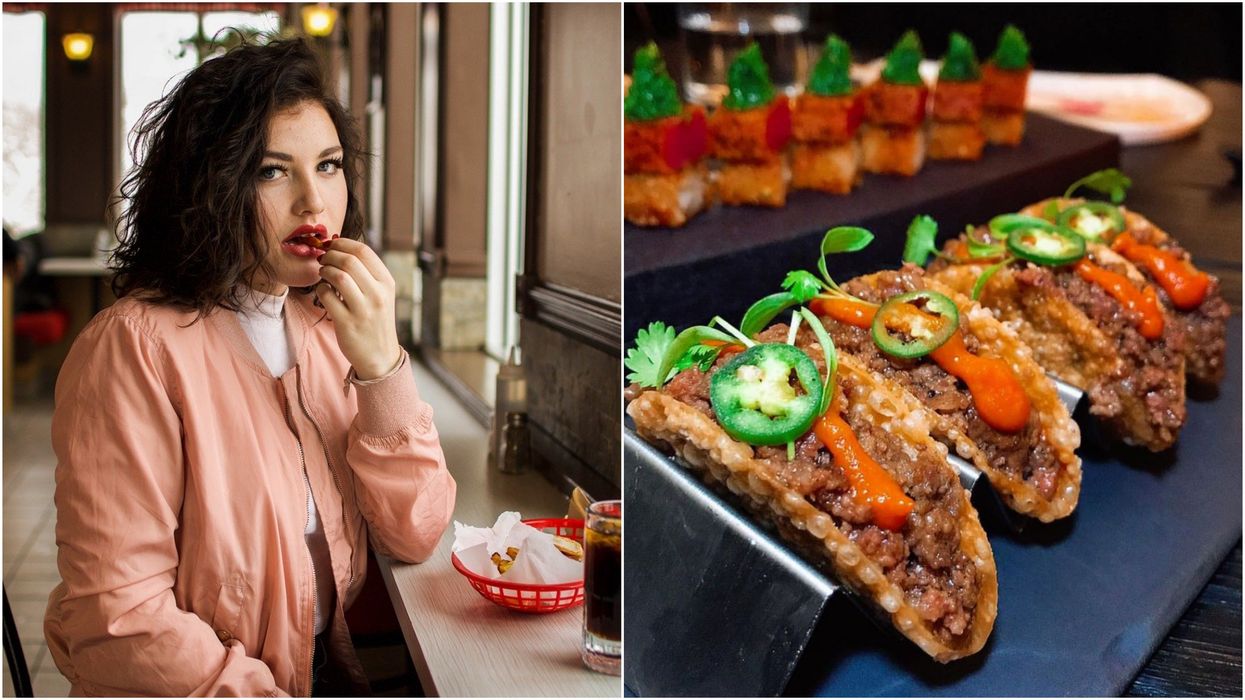 The fall season is in full swing and Christmas is just around the corner, which means that right now is one of the most romantic times of the year to be in Canada. However, for those who are single this year, or those who just want to focus on a little bit of Lizzo-inspired self-love, OpenTable has compiled a new list of Canada’s Top 25 Restaurants For Solo Dining, and some of them sound pretty incredible!

Taking yourself out for dinner may seem like a counterintuitive date, but it’s becoming increasingly popular with singles (and non-singles) in Canada.

According to the online reservation platform OpenTable, Canadians are increasingly enjoying eating out alone, as single person reservations have grown nationally by a whopping 75% since 2017.

In particular, OpenTable has revealed that it’s Torontonians who enjoy solo-dining the most, as the city has consistent single person reservations throughout the year.

Fortunately for solo dining-loving Torontonians, the majority of Canada’s single-dining hotspots are in Ontario, and almost all of these restaurants are located in Toronto.

If you’re recently single, practicing self-love, or in the words of Emma Watson, “self-partnered,” here’s what you need to know about Canada’s top solo-dining hotspots.

When it comes to the solo-dining scene, OpenTable’s list seems to suggest that Ontario and Alberta are definitely dominating the game.

Of the 25 Canadian restaurants that make the list, almost half are based in Ontario, while an additional seven hotspots are located in Alberta.

This leaves only six establishments across the rest of the country, and five of these are actually in Quebec. This means that the rest of Canada’s provinces are totally missing out on the “single AF” dining scene!

Specifically, it seems that Toronto, Calgary, and Montreal are the places to be if you love to dine alone, as 19 out of the 25 top restaurants are in these three cities alone.

Taking the top spot on the list is Akira Black, a high-end eatery serving creative Japanese cuisine. The restaurant is located in downtown Toronto and is extremely popular with those who enjoy dining alone.

Coming in second is Atelier, a contemporary Canadian restaurant located in downtown Ottawa.

Canada’s third-place restaurant is located in Montreal, and is called Chez Sophie — a French dining experience that is magical both alone and with friends.

If you're looking for a super-romantic date night idea for you and a loved one in Toronto or Ottawa, you can check out special recommendations here and here.

For more information and to see the full list of OpenTable’s Top 25 Solo-Dining Restaurants in Canada, you can click here.