He also implied that Canadian bacon is the only bacon we have. 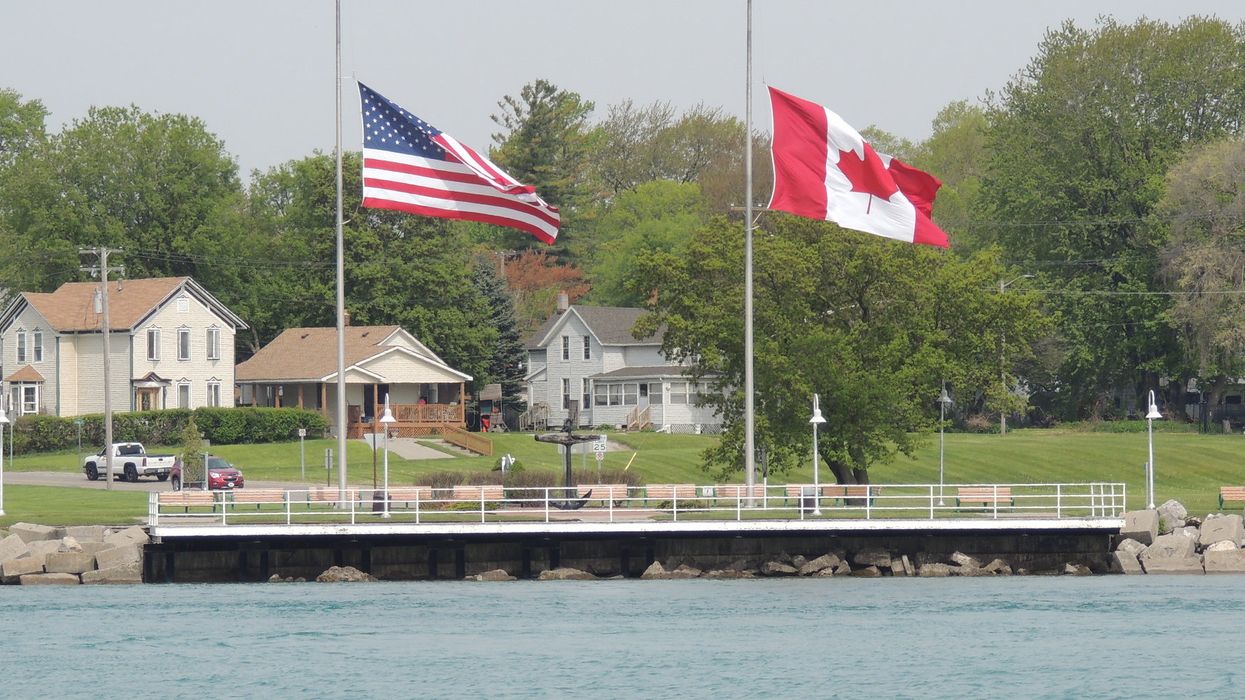 Canada and America have had a longstanding but generally friendly rivalry. While both countries poke fun at each other, Canadians generally know that the U.S.A. is their ally. Canadian American relations are built on a foundation of trust between the two nations. However, sometimes that rivalry can result in a full-blown fight, much as it did in a Twitter fight that went viral over the weekend.

It started innocently enough, with Twitter user @sfergs_ writing a simple statement: "Everyday I'm grateful my parents emigrated to Canada and not the United States. EVERY DAY." That's possibly a sentiment that others feel as well, and while it is not an outward attack on the U.S., it is a bit of a dig at the country's current situation.

The tweet did attract some truly negative attention, however, from another Twitter user going by the handle @fredsonora. "Frozen ass moose f**kers. Your 'bacon' is ham and not even that good. Curling is boring," he wrote. Well apparently, the gloves were off after that, because @sfergs_ came for her opponent, and she came out swinging.

She fired back with a whole string of tweets about Canada's healthcare, lower student debt, and decreased risk of gun violence. On top of that, she seasoned her comeback with other facts such as Canada's legalization of marijuana and lower drinking age. Basically, it was an incredible shutdown.

Of course, she also had to add the fact that Canada's only NBA team are the current world champions. So that's definitely something.

@sfergs_ continued on, citing some of the high healthcare costs in America and pointing to how some Americans have taken to calling Ubers instead of ambulances just to save money.

It turns out that the claim of an ambulance ride costing $400 is actually quite a generous estimate. According to a Washington Post article, patients have been charged over $8000 in some instances for ambulance rides. While ambulances are not free in Canada, and the price varies by province, the most someone might pay for one is about $530 in Manitoba.

Insulin prices may not be $900, but the difference between what is paid between the two countries is fairly large. While one dose of insulin can cost $320 in the U.S., the same amount can cost as little as $37 in Canada.

The next point in the argument was in regards to gun control, and how it's hard to get a kinder egg in the States than it is to get a gun. While Kinder Eggs were previously banned in the U.S., they are actually allowed to be sold there now. However, the point still stands. A 2017 survey found that there were more guns than people in America.

Of course, @sfergs_ conceded that Canada is not perfect, and in many ways, it isn't. She pointed out some of the country's shortcomings when it comes to our treatment of First Nations people and instances of racism throughout the country.

Finally, @sfergs_ told Americans that she was not trying to put them down, but rather point out how they have been victimized by the systems their country has put in place.

Canadians couldn't get enough of the multi-tweet attack, and even some Americans tweeted their own support of the entire thing.

It's important to remember that although both countries get into it sometimes over these issues, the truth is that Americans and Canadians are allies. Both countries have fought in wars together and worked with each other in many ways. Think of it like being siblings: sometimes we argue, but deep down, it's all love.