Experts believe the risk of further violence is increasing each day. 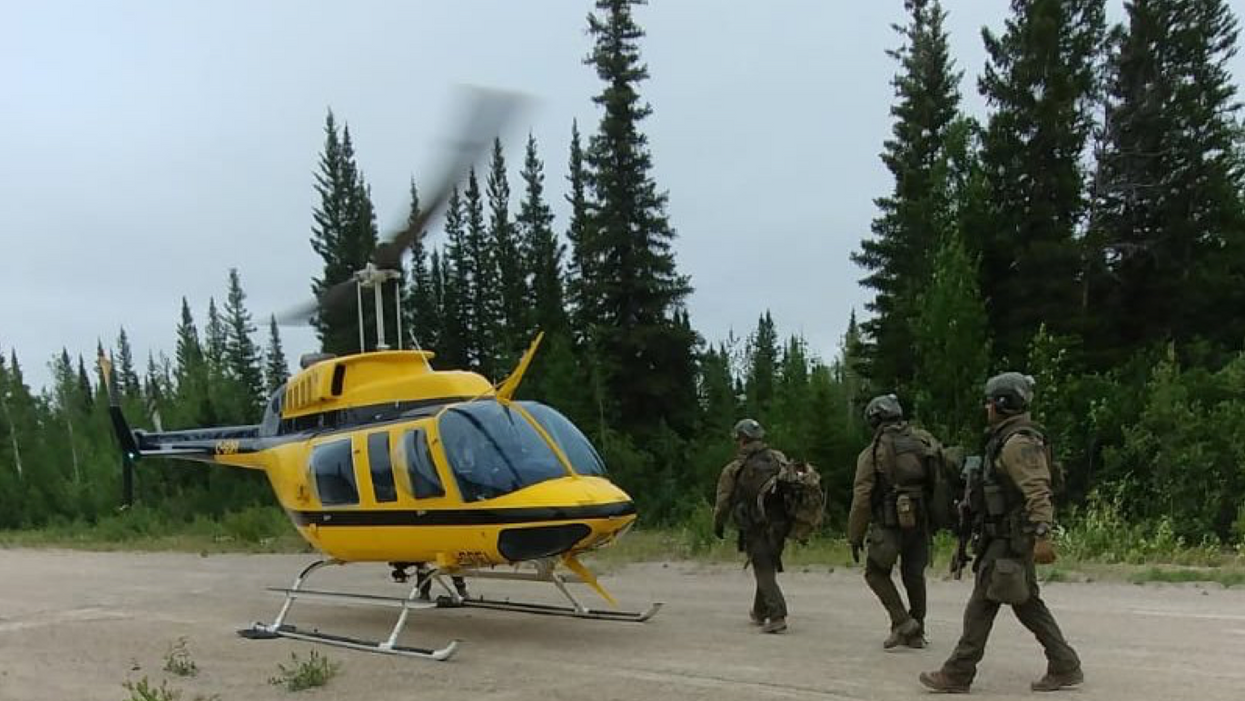 Police are continuing to search for the two Port Alberni teenagers who are wanted for three murders. Now, to aid in the investigation it has been announced that the Canadian Armed Forces have joined the RCMP in the search.  The two men remain on the loose but are believed to be hiding somewhere in the Gillam area. However, police are now entertaining the notion that they may have left Manitoba altogether.

The teenagers, Bryer Schmegelsky and Kam McLeod, were last seen in Gillam, Manitoba. The two men are currently wanted Canada-wide after being charged by police with three murders, including the murder of Australian tourist Lucas Fowler and his American girlfriend, Chynna Deese. The teens have also been charged with the second-degree murder of University of British Columbia lecturer, Leonard Dyck.

Public Safety Minister Ralph Goodale tweeted on Friday that the armed forces would be providing aircraft support to the RCMP in the search for the two men. Goodale wrote, “In the criminal investigation of the two fugitives in northern MB, the RCMP have requested aircraft support from the Cdn Armed Forces. Prompt reply - YES.” The aircraft will join multiple police services, drones, a helicopter and the canine unit in the search for Schmegelsky and McLeod.

Police have been scouring the woods around Gillam and Fox Lake Cree Nation for a number of days, but have yet to find any signs of the teens. According to experts, the risk of more violence increases as each day goes on, as the men become more fatigued and more desperate. The harsh terrain in the rugged backcountry is heightening the risk even further, police say.

In the criminal investigation of the two fugitives in northern MB, the RCMP have requested aircraft support from th… https://t.co/Mmpwrxb74d
— Ralph Goodale (@Ralph Goodale)1564181304.0

President of the Canadian Police Association Tom Stamatakis said that police officers are working for hours in the buggy and swampy terrain to find the men, yet they need to be prepared for all outcomes. He said, "You go from sort-of hours and hours of routine, even boring kind of activity, to massive, high-level, high-adrenaline, high-risk activity in a matter of an instant."

Earlier this week, Schmegelsky’s father spoke of how he expected his son would die in a confrontation with police. He said, “Basically, he's going to be dead today or tomorrow. I know that. Rest in peace, Bryer. I love you. I'm so sorry all this had to happen.”His father added, “He [Schmegelsky] wants his hurt to end. They're going to go out in a blaze of glory. Trust me on this. That's what they're going to do.”

There continues to be a heavy police presence in the Gillam area, as our officers conduct detailed & thorough searc… https://t.co/crUrFitrW1
— RCMP Manitoba (@RCMP Manitoba)1564152593.0

For now, police are continuing to focus their efforts in Gillam, and are spending the weekend knocking on doors in the area, in an attempt to gather information about the suspect’s whereabouts.

The RCMP has made it clear to the public that both Kam McLeod and Bryer Schmegelsky are considered to be extremely dangerous. Police ask the public to remain vigilant, and if the pair are spotted they should not be approached, but 9-1-1 should be called immediately.