6 Canadian Athletes Who Have Dated Or Married Popular Celebrities

Power couples with a side of patriotism! 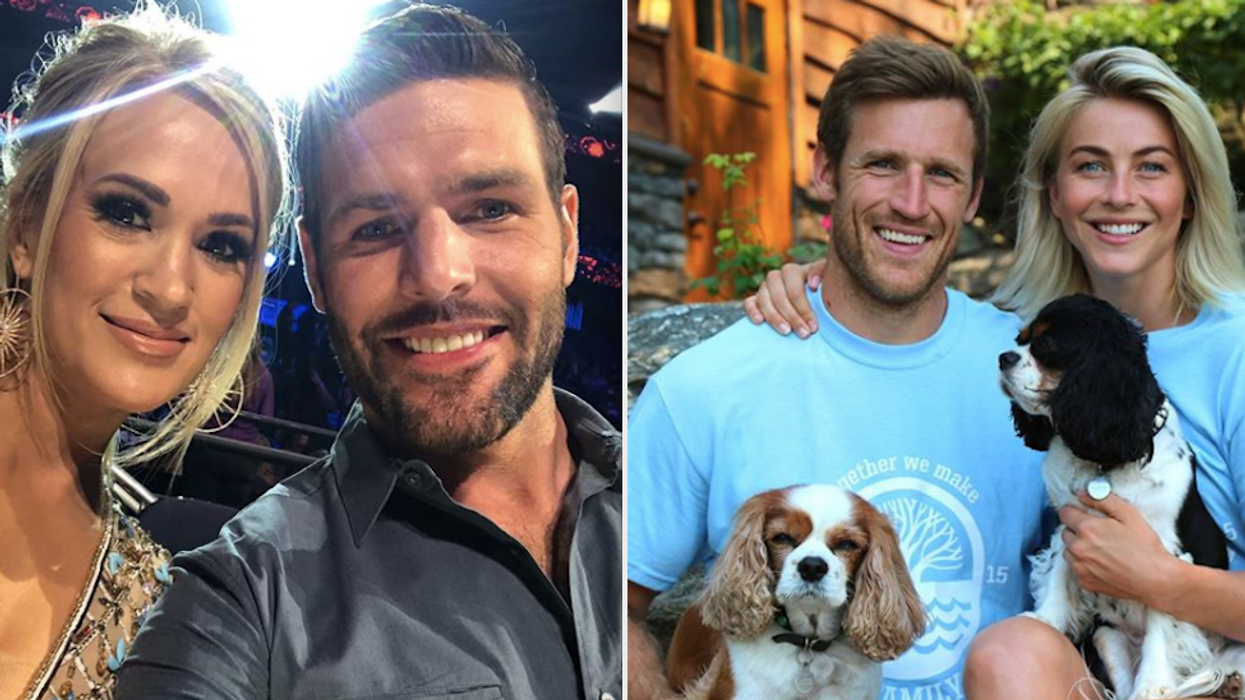 Spreading love and patriotism! These Canadian athletes have dated and married Hollywood celebrities. You may be surprised to learn that some famous faces have fallen in love with superstars from the Great White North.

The athletes on this list play in hockey and basketball, and their spouses and former partners have talents in acting, singing, and even dancing.

Looking for more relationship inspiration? These Canadian power couples are taking the world by storm together and will totally add to your vision board or even give you some serious baby fever.

The NHL hockey center from Peterborough, Ontario has been married to the country singer since 2010, and they share two children together, per IMDb.

Golden State Warriors' point guard briefly lived in Toronto when his father Dell Curry played for the Raptors, the same city Ayesha was born and raised in. Biography writes that the couple got married in 2011 and now share three children together: Riley, 7, Ryan, 4, and Canon, 1.

The former ice hockey forward for the NHL hails from Wawota, Saskatchewan. IMDb claims that he married dancer and singer Julianne Hough in 2017, though breakup rumours about the couple swirled around the internet earlier this year.

Edmonton, Alberta's NHL defenceman is married to the fellow Albertan actress. According to IMDb, the couple tied the knot in 2013 and share one child together.

Brampton, Ontario's center for the Cleveland Cavaliers started dating the third youngest Kardashian sister in 2016. Biography claims that the two share their two-year-old daughter True together, but broke up in April 2018 after cheating allegations against Thompson came to light.

The former NHL player from Edmonton, Alberta was married to the Lizzie McGuire star from 2010 to 2016, and the two share their eight-year-old son Luca together, per IMDb.