Who do you think has the best reaction? 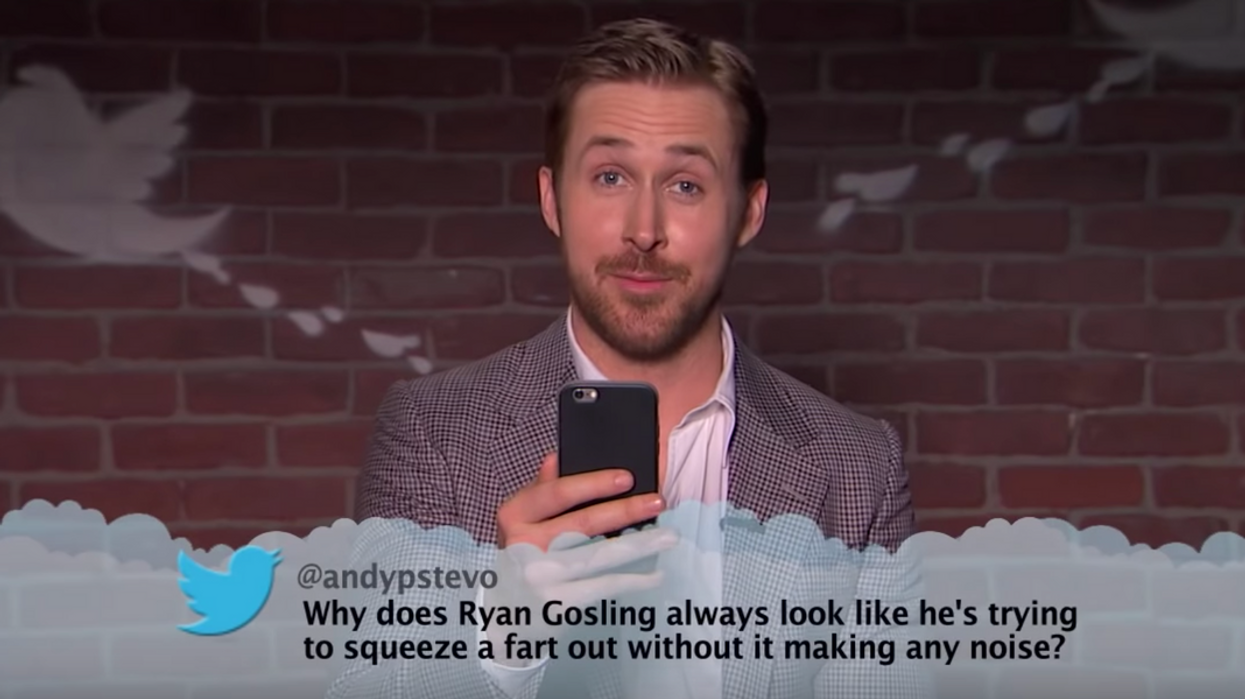 It's easy to forget how hilarious some Canadian celebs are because we don't often get to see them as themselves. When we see actors on our screens, besides a few talk show interviews, we usually experience them playing a character. The same goes for Canadian musicians, we see them on stage, and hear them in their music but don't ever really get their true self. That's why social media is so great, but there's also something else that usually shows celeb's true colours: Jimmy Kimmel Live's Mean Tweets segment. He's had a lot of Canadian Celebrities participate over the years!

What Jimmy Kimmel's segment has really shown us is just how laid back Canadian celebs are. While any celeb reading mean tweets is hilarious, Canadian celebs just always seem so unbothered, making everything even funnier. The late-night talk show has had a huge array of Canadian celebs over the years that all react differently and bring their own quirks to make the segment hilarious. While you would expect our famous comedians to have the best reactions, don't count out Justin Bieber or Ryan Gosling just yet. Here are some Canadian mean tweet reactions that'll have you laughing for the rest of the day.

Seth Rogen is hilarious, no question about it, but what may be even more hilarious is Rogen reacting to mean tweets about himself. Back in 2016 when he was on Jimmy Kimmel Live he reacted to a tweet by someone named Camille that read, "Convinced that Seth Rogen is really just Dustin Diamond with 150 extra pounds on him." He was anything but offended and laughed his way through the tweet.

Ryan Gosling's mean tweet might just be the most hilarious of them all and kind of a little TMI. Jimmy Kimmel Live found a tweet tweeted by someone named Andy that read, "Why does Ryan Gosling always look like he's trying to squeeze a fart out without it making any noise?" He hilariously looked the camera dead in the eye and responded, "because I'm a gentleman."

This reaction may have been way earlier in his career, but Justin Bieber's mean tweet reaction on Jimmy Kimmel Live is everything. A twitter user wrote, "Dear God, give us 2pac back and we'll give you Justin Bieber." Bieber's reaction is just to stare straight into the camera like he's on The Office.

Matthew Perry is known for his sarcastic comedy in basically anything he's ever worked on, and when he reacted to this mean tweet about himself he definitely channelled some Chandler Bing. Someone tweeted, " I have 'Matthew Perry Syndrome - I'm a sarcastic loser with a giant head." His response was just to frustratingly ask, "What's the matter with my head?"

Martin Short, one of the OG comedians to come out of Canada, also got his turn to be humiliated on Jimmy Kimmel Live. The tweet used in this segment read, "You think Martin Short's had sex? I bet Martin Short's never had sex." In classic Short style, he plays along and pretends to be 'shocked' somebody noticed. The most hilarious part is that he was married for thirty years!

Drake also paid a visit to Jimmy Kimmy Live when he first started making waves in the US and read a tweet that said, "Drake looks like Voldemort with hair." Drake just stared into the camera and shook his head. He took a lot of acting tips from Degrassi because his death stare looked pretty convincing.