"I haven't slept in four days, and my flight got canceled." 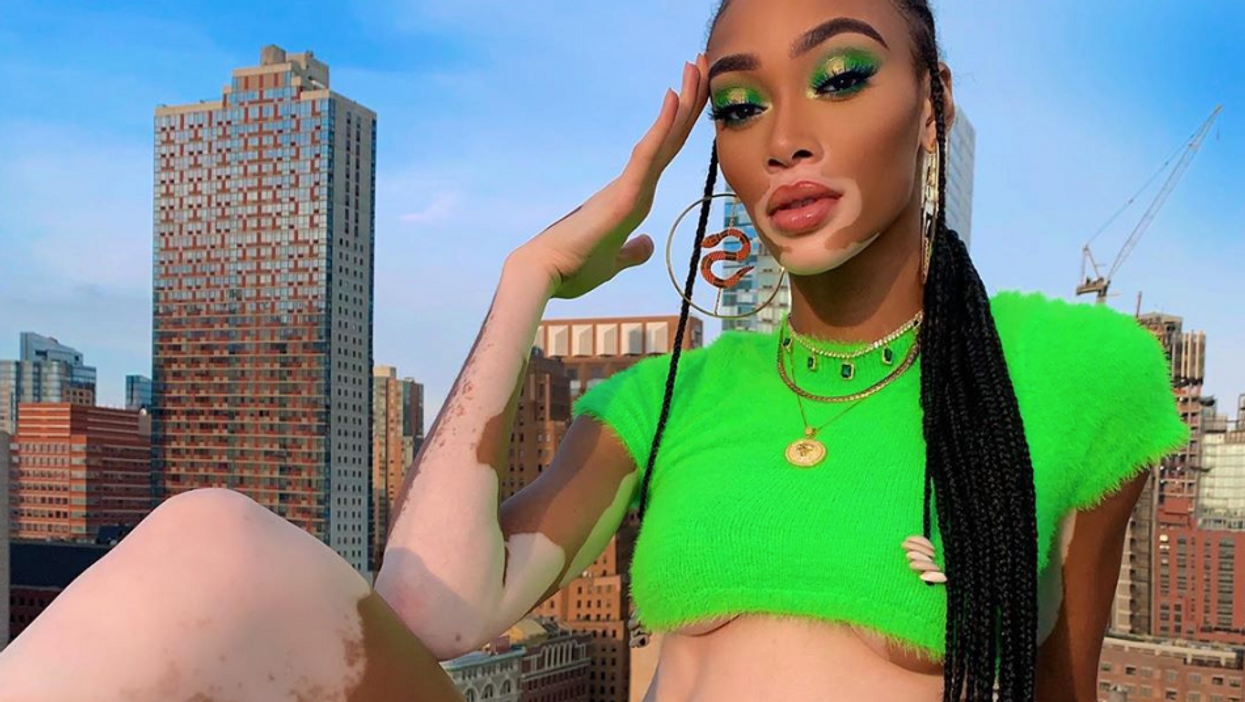 For most of us working-class humans, flying economy class is just another part of life. The only time that most of us get to experience the luxuries of business class is if our flight is canceled and we get a free upgrade, someone else pays for the flight, or you mysteriously win the lottery. For some celebrities though, flying economy class is simply inconceivable. Canadian model Winnie Harlow's canceled flight post is causing controversy.

On Wednesday, September 18, Harlow took to her Instagram page to share a story about how when leaving Milan to head to another city for a big gig, her flight was suddenly canceled, leaving her stranded. If Harlow wanted to make it to her shoot the next day, she would have to give up her business class seats and fly economy.

"I haven’t slept in 4 days, and my flight got canceled. The amazing airport escort got my team and I put on the fastest flight out but we had to give up our business class seats in order to land in time for a huge shoot at 6am. I realize this may not seem like a big deal to some, but when a plane is your bedroom and a flight the only time to get sleep during a hectic fashion month, it’s tiresome. Regardless I’m grateful, god works in mysterious ways and everything happens for a reason. It’s not everyday glamour, you have to do what you have to do to be successful in life 🙏🏽❤️ to reach your goals the grind never stops! (Ty @hbjbofficial for being my pillow😴😁)", the model wrote.

After facing backlash, Harlow insists that she didn't mean to insult the idea of flying economy class, just some of her followers are very skeptical about the model's message.

Harlow's post stirred up so much controversy in fact, that Daily Mail published an article about it, calling the model out for "begrudgingly flying coach." Harlow got wind of the article and decided to make yet another IG post, this time defending herself and her decisions.

"@dailymail hmm “bemoaning”.. not Winnie Harlow is grateful for being able to get on a flight period because of the amazing work of of the people in the airport? All you took was “had to give up business class flight”. This whole “woah is me” take is sickening. Me not flying in business is a statement, not a moan. If the class mattered I could’ve waited for the next availability. If I can post pictures in business class and be proud, I can also take pictures in coach and be proud. Proud that making it to work is more important to me than how I got there. That is the message. Like I said, “the grind never stops.” Put that in your headline," she wrote in her caption.

Objectively speaking, I think audiences could take Harlow's message either way. Flying economy class when you're used to business doesn't deserve a medal of honour, but it was also probably quite hard for her, especially after a trying work week.