It's his second to be featured in the holy city. 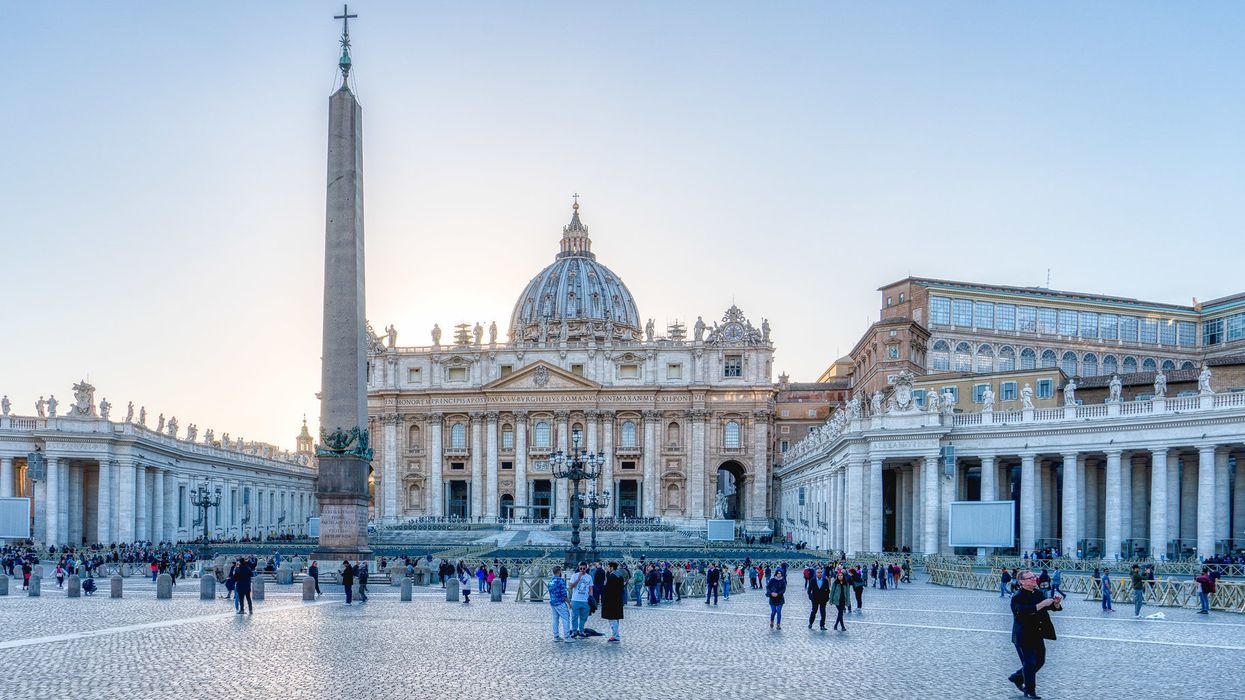 Vatican City is home to some of the most beautiful and thought-provoking art pieces in the world. Among all of these statues, paintings, architecture, and sculptures are works done by Canadian sculptor Timothy P. Schmalz, whose latest addition to the Vatican is a sculpture depicting immigrants and refugees.

The sculpture, titled "Angels Unawares," was unveiled by Pope Francis and four refugees on September 29 after weekly mass. The statue will be a permanent fixture in Vatican City.

"I wanted this artistic work here in St. Peter's Square to remind everyone of the evangelical challenge of hospitality," the Pope said, according to CTV News.

Schmalz was also in Vatican City for the unveiling of "Angels Unawares," and he explained to CBC News what he wanted to accomplish with this statue.

"I wanted to reflect the different states of mind and emotion involved in a migrant's journey," he said. "Some of the figures are absolutely joyful that they're heading to a new beginning, others are weeping because they've left their loved ones behind."

Angels Unaware by Timothy Schmalz (here, together with Michael Czerny, telling about the culture of welcoming, as w… https://t.co/4TDM3pavOk
— krispurwana (@krispurwana)1569779334.0

This is not the first sculpture that Schmalz, who hails from St. Jacob's, Ontario, has created and had installed at the Vatican.

In 2016, his "Homeless Jesus" sculpture, which had been previously rejected by churches in Toronto and New York, was installed outside of the papal charities office. The Pope had previously blessed a scale model of the statue in 2013, as he did with a model of "Angels Unawares."

Schmalz has commented on the transformative power he believes art has, particularly statues and sculptures. "It's that tactile idea, of something in 3D, that can really move people, rather than just seeing a photograph," he told CBC.

Schmalz hopes that "Angels Unawares" has the same effect, telling CBC, "The idea is that the church is not a museum, that it's a living, growing part of our world today."