Canadian Workers Are Being Sent Into Hurricane Florence Today

Canadian crews are heading to the United Stated and into the Category 4 storm. 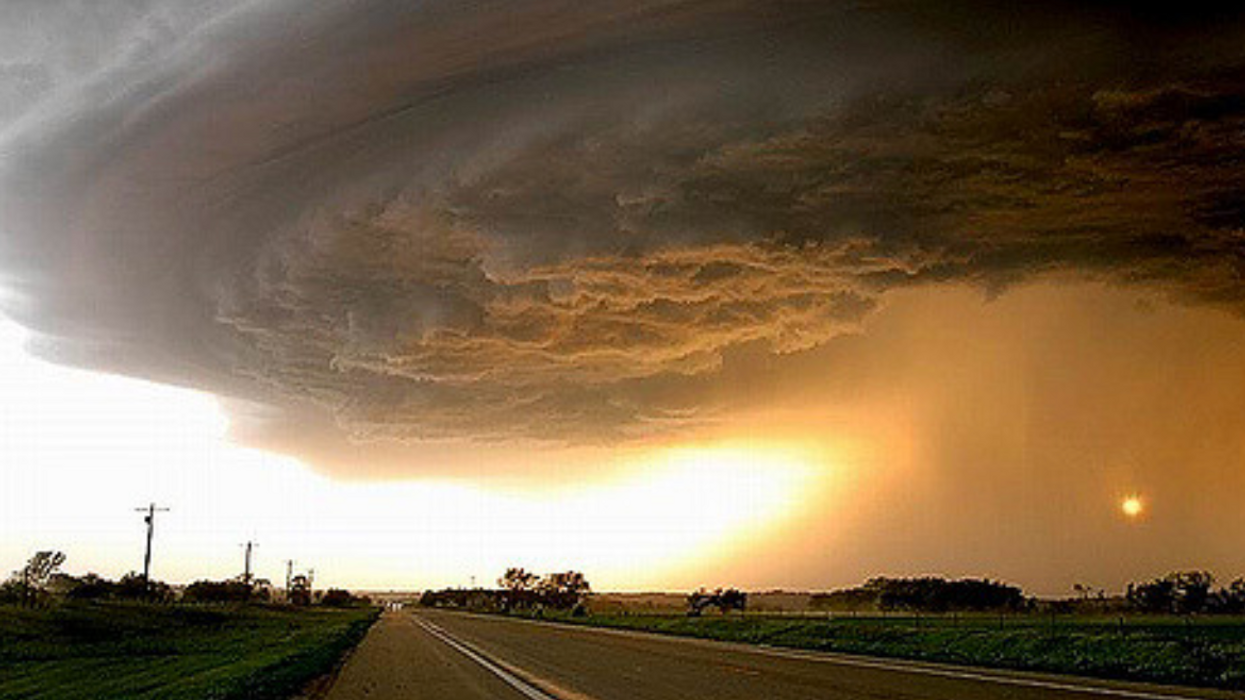 Judging by weather reports this last week, one thing has become very apparent - Hurricane Florence is going to wreak havoc in the United States. While residents of the Carolinas are evacuating from their homes in anticipation of the storm, workers in Canada are being sent into it.

A crew of 14 Hydro Ottawa workers packed their bags today to head across the border. They’ve been called for assistance from Duke Energy in Charleston, North Carolina as Category 4 Florence edges closer to the U.S. Major damage and power outages are imminent as massive winds and storm surges are expected to pummel the East Coast.

Hydro Ottawa employees are headed to North Carolina ahead of #HurricaneFlorence, which is set to deliver strong winds & dangerous storm surges later this week. We have sent 14 highly skilled workers in response to a request for assistance from @DukeEnergy. https://t.co/iNlVCxRNkg pic.twitter.com/H8tm4lDDF8

Hydro Ottawa is part of an organization called the North Atlantic Mutual Assistance Group. This group is comprised of 29 member utilities across northeast Canada and the U.S.

READ MORE: This Hurricane Season In Canada Is Brutal And It’s Not Over Yet According To Experts

The utilities band together to offer mutual aid on a non-for-profit basis during times of crisis. Among the Ottawa team heading down south are 12 powerline technicians, one safety specialist and one supervisor.

Watch out, America! #HurricaneFlorence is so enormous, we could only capture her with a super wide-angle lens from the @Space_Station, 400 km directly above the eye. Get prepared on the East Coast, this is a no-kidding nightmare coming for you. #Horizons pic.twitter.com/ovZozsncfh

This isn’t the first time Hydro Ottawa has gone into a hurricane for the U.S. As a part of the NAMAG, they also assisted with emergency aid during hurricanes Harvey, Irma, and Sandy.

President of Hydro Ottawa, Bryce Conrad, expressed his views on the brave crew in this statement, "I am proud and grateful to these employees who are heading into the storm to help our American neighbours, as they brace for what could be one of the worst hurricanes to hit the United States in recent memory. The expertise that our crews bring in this specialized trade makes them invaluable in this time of need."

It is imperative that everyone follow local evacuation orders. This storm is extremely dangerous. Be SAFE! #HurricaneFlorence https://t.co/94Ue4e26PD pic.twitter.com/KvF54CwomW

There’s no doubt this trip will be a dangerous one for the workers, with heavy rains and flooding inevitable. However, Hydro Ottawa says the crew will rely on their years of training to ensure public safety and power restoration.