Canadians are calling Justin Trudeau a fake feminist on International Women's Day because of the SNC-Lavalin Scandal. 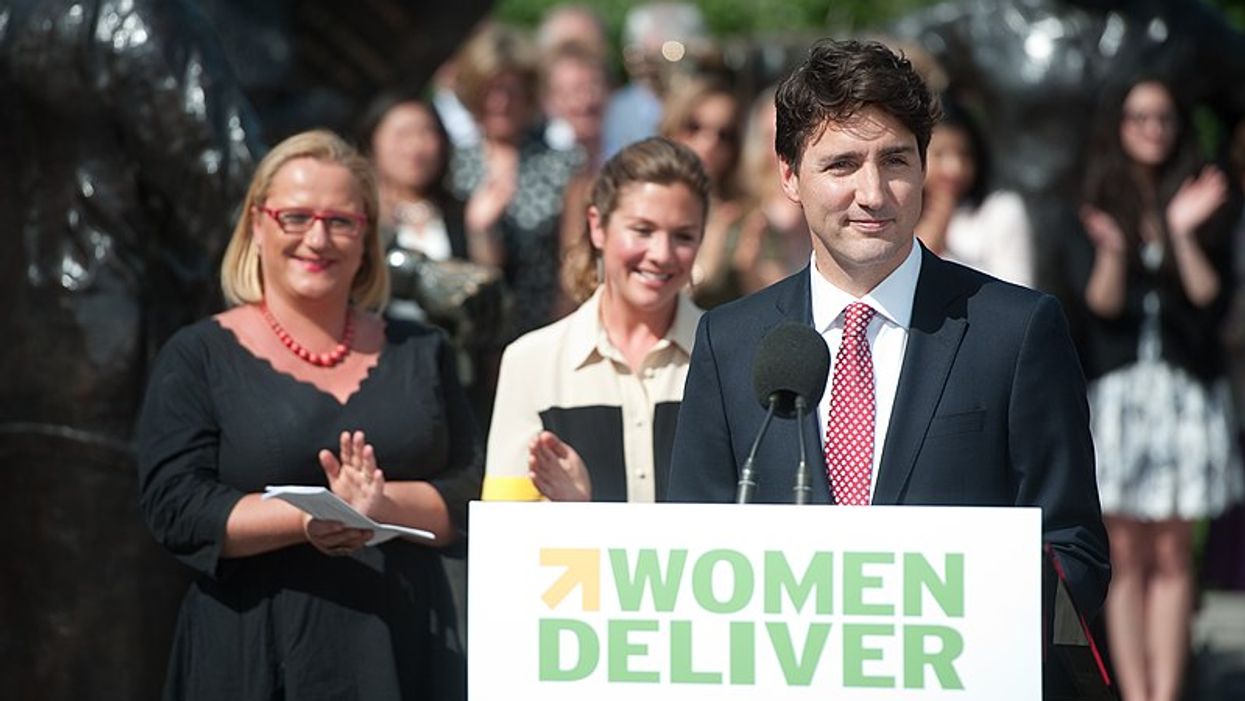 This morning, Prime Minister Trudeau joined the countless others sharing their support for Women's Day on Twitter. In his tweet, he said, "let’s celebrate the women & girls around us, stand up for women’s rights, and keep pushing for gender equality."

He also included a link to his full statement which highlights some of the work Canada is doing towards equality for women, like pushing for gender equality in the federal budget and making woman's rights a main theme of the G7 summit Canada hosted recently.

He sums up his statement saying "Today, let’s celebrate the major achievements of women everywhere, and keep pushing for progress on gender equality. We all benefit when everyone has an equal opportunity to thrive – and we all have a role to play to make that a reality."

Despite these words though, Canadians are taking Trudeau's statement as an opportunity to call him a fake feminist, and it's all because of the SNC-Lavalin Scandal.

Today and every day, let’s celebrate the women & girls around us, stand up for women’s rights, and keep pushing for gender equality. Read my full statement on #IWD2019 here: https://t.co/ubPkIf8bMc pic.twitter.com/PmG5W9kTji

In the scandal, it's alleged that Justin Trudeau and his office pressured former Attorney General Jody Wilson-Raybould. She and one other cabinet minister, Jane Philpotts have since resigned. Because of that, some Canadians think Justin Trudeau's statement doesn't match his actions when it comes to women.

On Twitter, they are calling him a fraud and a fake feminist.

Justin Trudeau: "I'm not a real feminist, I just play one on TV..."

Another LIE from the FakeFeminist PM #Trudeau #cdnpoli

On top of that, they are also specifically pointing to the situation with Jody Wilson-Raybould situation in response to his statement.

Unless of course she is the ag and she didn't do what you told her to....

This would look great on billboards all across Canada with #REMEMBERJWR on it!

You have thrown two women under the bus this week with no apology to either of them. Jody and Jane showed us what you and your government is really about.

Some Canadians are also telling Trudeau that he has lost their trust completely.

Good looks, charm, money and double speak perfectionist. You've got it all, except the trust of many, many Canadians. You had their trust for awhile though. Now those sunny way days are gone. We've moved beyond the yoga moves and charismatic selfie pics, rolled up sleeves.

Tone deaf. He just keeps plugging along with the talking points and never practicing what he preaches. But he's sure sorry for everything we've done.

Justin Trudeau has identified himself as a feminist for a long time and when he was first elected in 2015, he made sure that his cabinet had an equal balance of women and men, giving the now famous reasons of "because it's 2016."