Will you wear a red or white poppy this Remembrance Day? 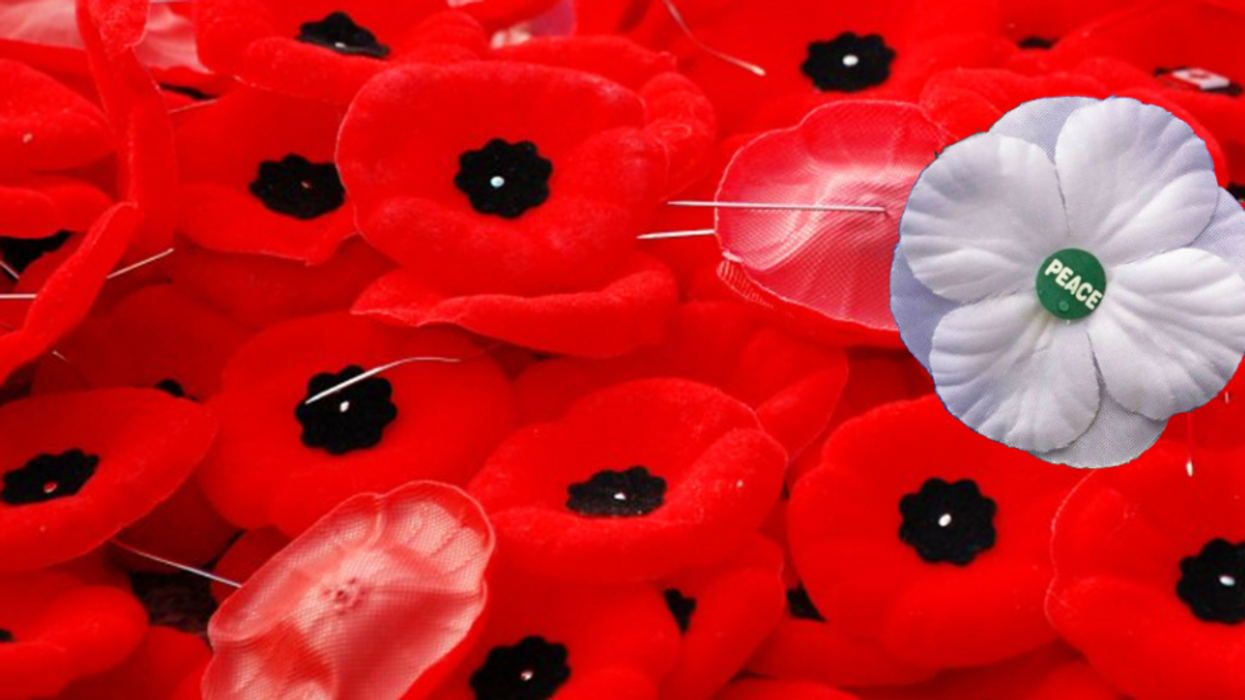 Remembrance Day has been a longstanding tradition for Canadians to pay their respects to the fallen and has been a tradition since 1919. Most Canadians can expect red poppies to begin appearing on people's winter coats come early November, but this year you might see a different colour poppy make an appearance.

That's right, the iconic red poppy that has been the sole symbol for Remembrance Day since it began, has a new addition that has been gaining traction in the United Kingdom during their celebrations. Instead of red, the poppy is white and the center dot is green with "peace" printed in white letters. The poppy has mainly only been used in Britain after last Remembrance Day, schools and workplaces handed out the unique pins instead of the iconic red version. The U.K is prepared to repeat that this year as St. John Ambulance announced they would be allowing all their volunteers and workers to wear the white version of the poppy if they want to.

You're probably wondering what the difference between the poppies is, and why people want to change the iconic symbol that refers to such a delicate subject. It turns out the white poppy is meant to represent more than just the veterans as they are not the only victims in war. Lyn Adamson, the co chair of Canadian Voice of Women for Peace told Global News "red poppies are generally for veterans, the white poppy is recognizing that in fact the majority of deaths in war are civilians." Ultimately, the white poppy is meant to not only honour the people who have been lost in previous and current wars, civilians and veterans included, but to also symbolize a desire for peace instead of war. As many claim, they have seen the red poppy as a vehicle used during Remembrance Day to promote further recruitment for war.

Canadian Voice of Women for Peace isn't the only group advocating for Canadians to don the new symbol that is being called the "Peace Poppy," a Vancouver group dedicated to bringing awareness to the new symbol has also emerged to help spread the word before Remembrance Day.

With the new symbol impeding on such a touchy subject and tradition that has been around for nearly a hundred years, a lot of Canadians are not happy about the movement, claiming it's insensitive. As a result, the white poppy has caused quite a bit of controversy between those for and against the new pin:

It's ok to find a way to remember the civilians who died in war. But pick another day and another symbol. It's not what's being remembered that is wrong. It's how it's being done.

The white poppy is disrespectful to veterans, Remembrance Day is for fallen soldiers not social justice.

It’s far from disrespectful- white poppies remember all dead from all wars not just the British dead. If anything it’s more respectful.

Clearly Canadians are pretty divided on the subject, but either way, whether you are wearing a white or red poppy this year, you're still remembering those who have lost their lives as a result of war. If you're conflicted, some have even opted to wear both pins together. Either way, it will definitely be interesting to see just how many white poppies show up around Canada this November 11th.

Say goodbye to stress and hello to some well-deserved zen.

Between working from home, the stress of everything that's going on in the world, and the struggle to keep up with it all, it makes a lot of sense that life might feel overwhelming and chaotic right now.

If you're feeling drained or overextended, take a deep breath and know you're not alone, in fact, many Canadians are feeling the same way.