These hacks are the perfect way to switch up your morning routine. 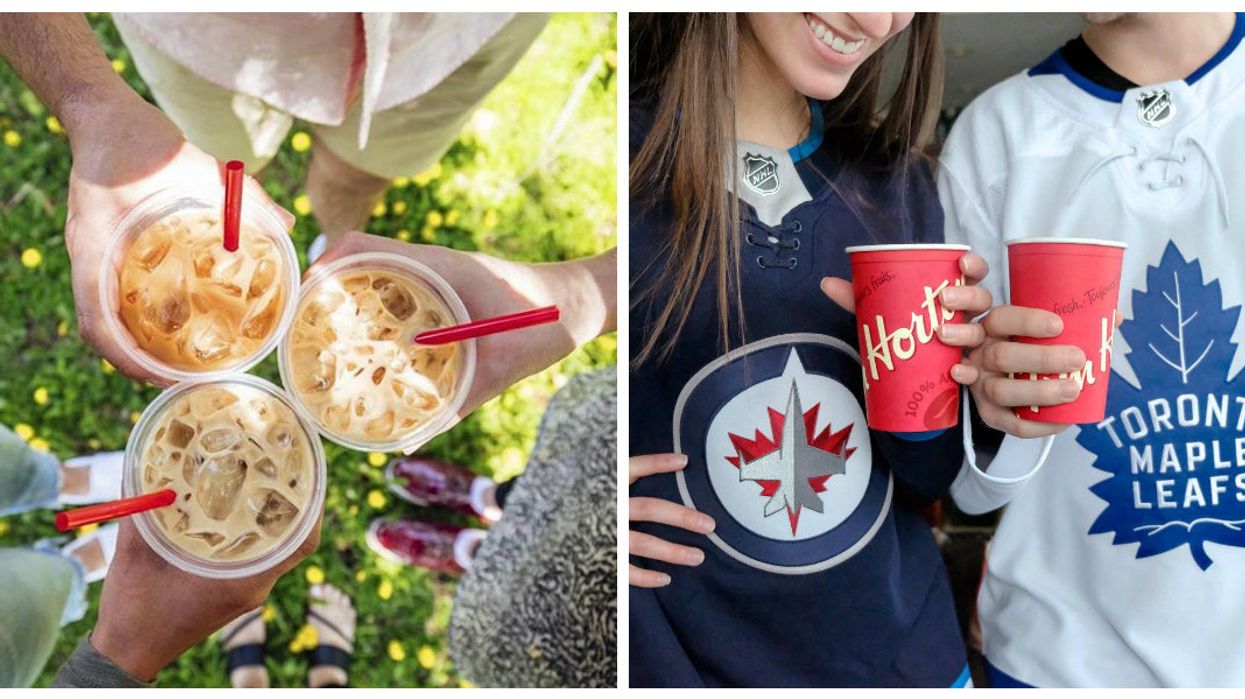 We all know Tim Hortons' tried and true menu of double-doubles, Timbits, and an array of breakfast sandwiches. That's not all they have to offer though, there's a whole other variety of delicious items on their "secret menu".

In a specific sub-section of that secret menu, there are a variety of Tim Horton's drinks that Canadians have dreamed up and discovered over the years. These ones sound the most delicious.

If you've ever wanted to dig into a jar of Nutella with a spoon this hack is for you. One customer recommends getting any iced mocha drink like an Iced Capp and adding hazelnut flavour to it to create the ultimate cold Nutella coffee. This is one of the more iconic and complicated secret menu items. To get a drink that tastes just like cotton candy, order a frozen raspberry lemonade, but instead, ask them to sub the lemon flavour for vanilla. Then ask them to put cream in before adding the ice. Finish it off with whipped cream on top.

ATTN: I strongly advise people not to order a gretzky from @TimHortons. #9sugar9cream pic.twitter.com/I7O4uh9M

The famed Canadian hockey player was known for wearing the number 99 on his jersey, which is where this drink gets its inspiration from. If you don't actually like the taste of Tim's coffee then this could be the drink for you. "The Gretzky" is a coffee with 9 creams and 9 sugars. Be warned though, it will look and taste nothing like your regular cup of joe.

When Tim's introduced lattes, it opened the doors for a whole new level of espresso-based secret menu items. One customer suggests ordering a white-hot chocolate and then adding a shot of espresso for a drink that tastes just like a coffee-crisp chocolate bar.

White hot chocolate with a chai tea bag from Tims...all the Canadian girls out there need to try this it's my life pic.twitter.com/DjLOToNzOE

This drink will give you serious Starbucks vibes. Order a frozen lemonade, but ask them to add a small green tea to it, add some extra ice and there you have it, a refreshing and lemony ice tea. It's perfect if the lemonade alone is too sweet, but you're not in the mood for a hot tea.

This drink is exactly what it sounds like. When you order it not only do you get to enjoy a nice and refreshing chocolate Iced Capp, but you also get a little snack too. To complement the chocolatey flavours inside, this drink is topped with whipped cream and a chocolate Timbit on top.

These suggestions should be enough to get you started at Tim Hortons but remember, when it comes to secret-menus, pretty much nothing is off limits. If you can dream it, you can eat it.