A viral photo of election signs makes it look like butter tarts are a candidate but the photo is from 2018. 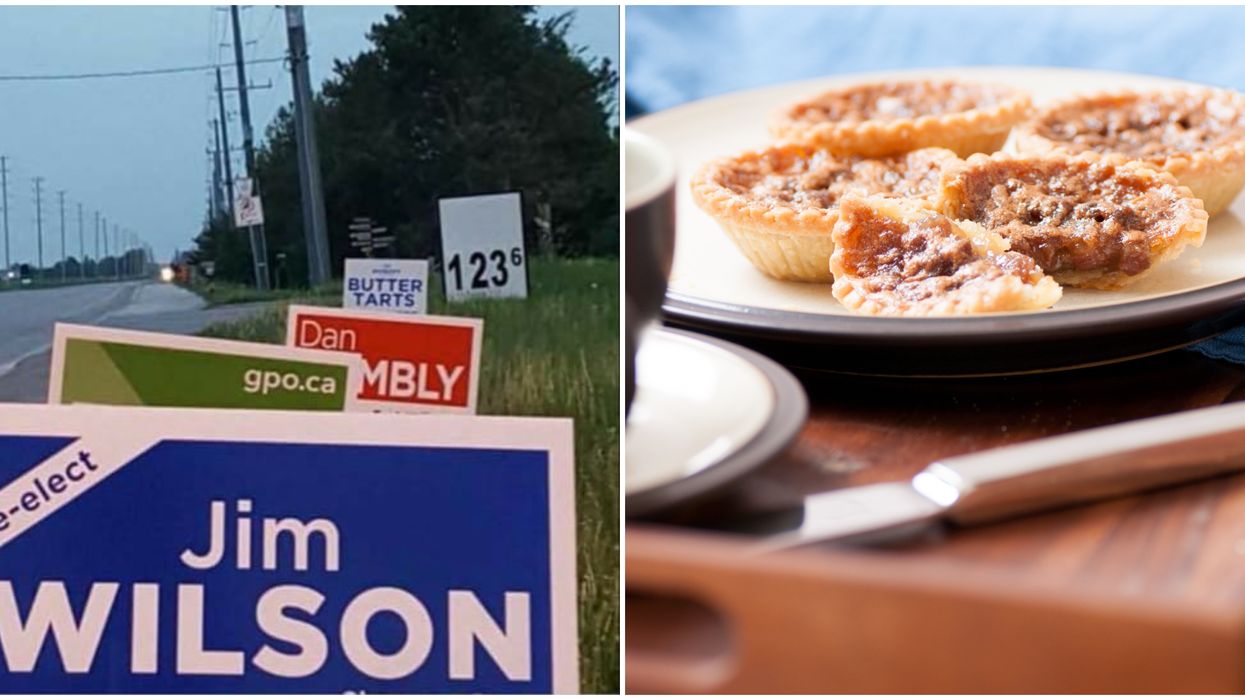 A photo of those classic signs put out by candidates that pop up every election have an unexpected twist when you get to the end of the three candidates' signs. After signs for Jim Wilson, Jessica Perry and Dan Hambly, there's a sign for butter tarts.

Obviously butter tarts are not running in the election and it's just an ad for the sweet treat but that hasn't seemed to stop people from jumping on the vote for butter tarts train. The photo is all over social media.

However, what some people haven't realized is that the photo and the signs are actually from the 2018 provincial election in Ontario so nobody is going to be able to vote for butter tarts at the ballot box for the federal election.

The photo and the signs are from the riding of Simcoe-Grey where in June 2018, Conservative candidate Jim Wilson was elected.

In November of that same year, Wilson resigned "to seek treatment for addiction issues," according to a spokesperson for Premier Doug Ford. But it was then reported that he quit after complaints were made about him.

So maybe the butter tarts would have been a better option.

Nonetheless, people sure seem to think that butter tarts are a good candidate for the federal election. On Twitter, many people are throwing their support behind butter tarts and even asking "How does one join the Butter Tart Party?"

I will also be throwing my support behind the Butter Tart Party of Canada. https://t.co/UdjEg1eOwf
— Laura McNabb (@Laura McNabb)1570201567.0

The conversation also made it to Reddit where users got a little more creative with their reactions.

Even a politician looking to get elected on October 21 has taken notice of the photo despite the signs being from the 2018 provincial election in Ontario.

Conservative candidate Lisa Raitt voiced her concern about it on Twitter.

Fortunately for Raitt and unfortunately for some Canadians, you won't be able to vote for the beloved butter tart this federal election.

While the photo has nothing to do with the upcoming federal election, watching people get behind butter tarts is a lot of fun.