Her reaction isn't what you'd expect. 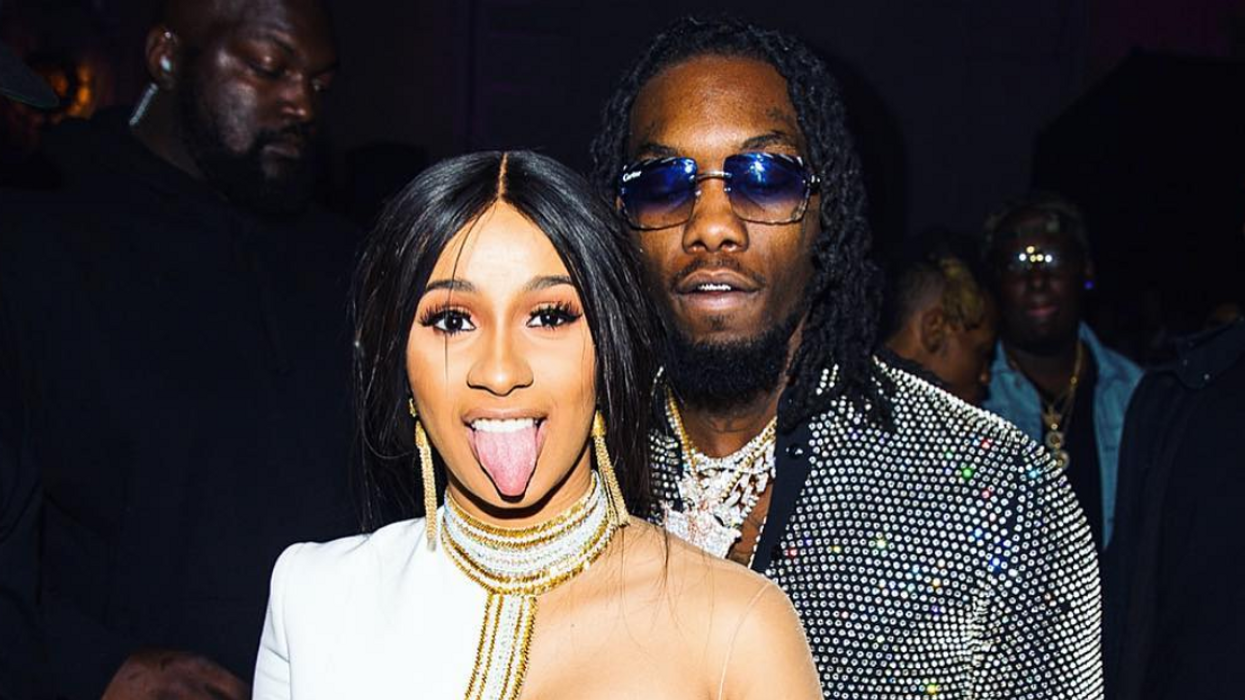 Cardi B has been killing the game this past year. From her massive hit, "Bodak Yellow" to her recent collaborations with artists like G-eazy, A$AP Rocky, and 21 Savage, it seemed as if nobody could touch her! Though the recent cheating allegations that have surfaced this past weekend have definitely invited controversy around her relationship with her fiancé, Offset from Migos.

This past weekend a hacker was able to gain access to Offset's iCloud account and leaked a video of the rapper filming a naked woman in his hotel room that was definitely not Cardi. The video was dated back to October of this year, while the pair were dating.

The girl in the video has been identified as Faith Nketsi, a model and event host from South Africa. Since being found her Instagram has been flooded with comments related to Cardi and Offset.

Twitter collectively freaked in response to the video which has now been taken down off the site. Though the video exposing Offset's side chick wasn't the only thing leaked from the rapper's iCloud. Explicit videos of Cardi were also leaked and publicized on social media and got so much traction online that Cardi had to take to Twitter with a response:

People keep posting the nude videos of me like if i wasn’t a stripper before 😩😩😂🤷🏽‍♀️You know there’s videos of me stripping with my titties & ass out on YouTube already right 😂?anyways i know i know i got a nice body right 😎

While thousands of people have chimed in on the events, many have noted that the videos were from October, and since then the pair has gotten engaged meaning this could be old news for the couple. Which would explain why Cardi has been so nonchalant about it on Twitter.

Though don't mistake that for a lack of action on her part in regards to catching those hackers, as she already has hired a legal team dedicated to finding the culprits. As of now, Offset has remained low key and it seems as though Cardi is solely focusing on her latest single, "Bartier Cardi," rather than the cheating scandal.