Offset told security to "go after" the fan. 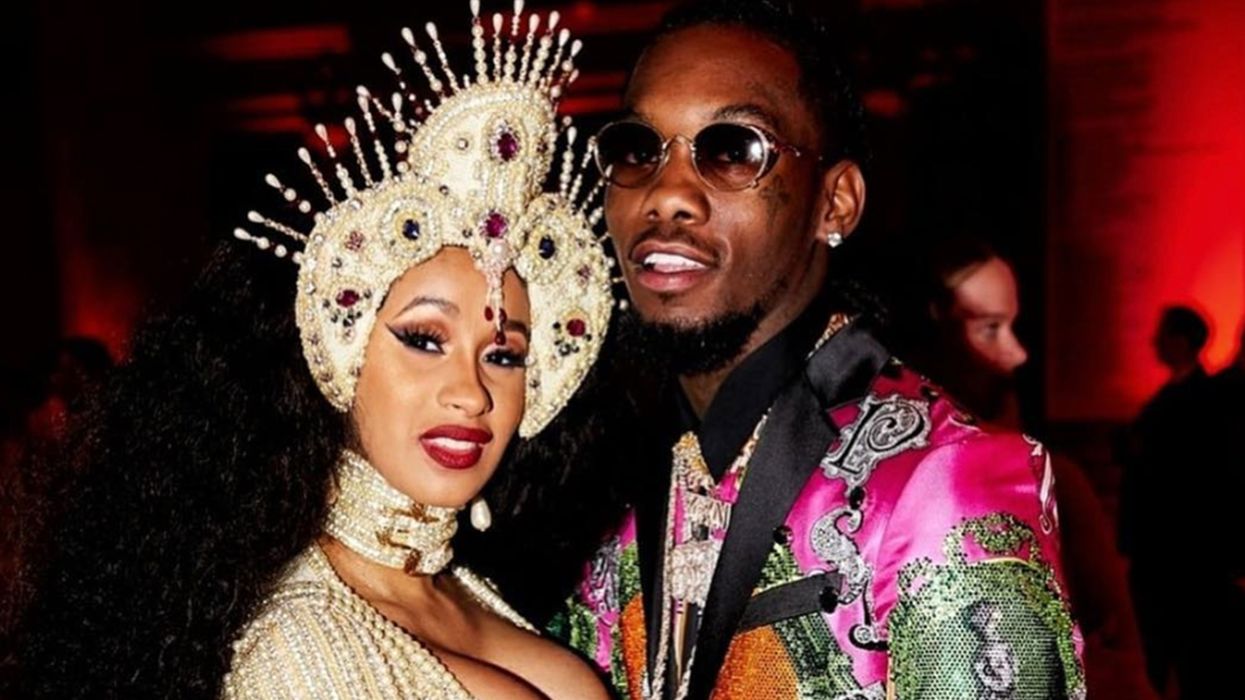 An overly-excited Cardi B fan got the beating of his lifetime at 2 AM this morning. The fan was waiting for Cardi B as she left a Met Gala afterparty at the Mark Hotel. He was desperate to get her autograph, even after she repeatedly said no. One of her security guards warned the fan to stop begging, but he persisted.

It was then that Cardi B's security guards tackled him to the ground and began viciously beating him up. In a video obtained by TMZ, a crowd surrounds the Cardi B fan as he lays on the ground, punching and stomping on him.

More photos show the fan being loaded into an ambulance on a stretcher at around 2:30 in the morning. Cardi and her security team had left the scene by then. The fan is being treated for neck and back injuries in the hospital.

The NYPD has gotten involved, and the fan reportedly told the police that three guys from Cardi B's security team initiated the beating. Offset, Cardi B's fiancee, apparently told the guards to "go after" the fan for pestering her.

Investigators are still working to identify the security guards who assaulted the fan, and won't be getting Cardi B or Offset involved. The incident is being investigated as "misdemeanour assault." Cardi B and Offset haven't publicly addressed the incident yet.