5 Celebrities With Tattoos Dedicated To Canada

They have so much meaning! 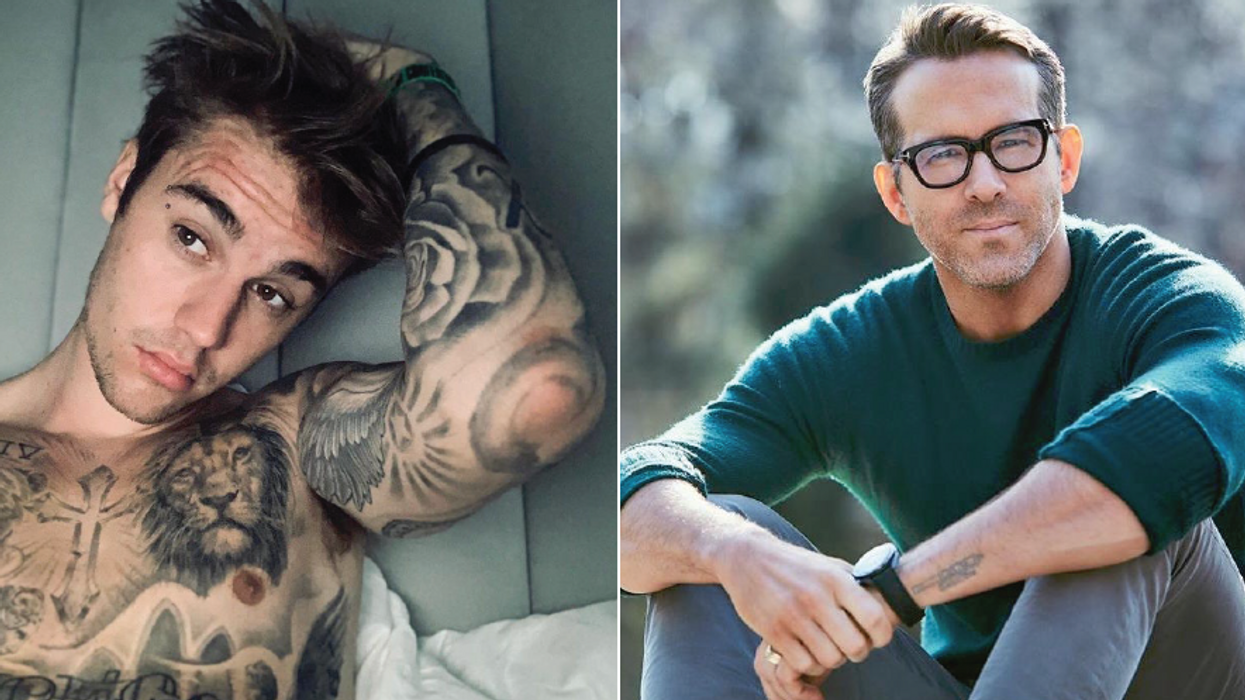 A tattoo is something that is very personal to everyone that gets them. They can have meaning, or they can just be a fun idea that you want on your body. Celebrities are no different as they love to be creative and show off their new tattoos on Instagram. Some celebs even go as far as going back to their hometown to get a tattoo of their hometown — looking at you, Shawn Mendes. But he’s not the only one! While the celebrities with tattoos dedicated to Canada are few and far between, they’re still really awesome.

A ton of Canadian celebrities don’t have tattoos, such as Seth Rogen — even though he decked himself out in them for The 40-Year-Old Virgin — Sandra Oh, and Nina Dobrev. However, there is a big chunk of famous actors and singers from Canada that are inked, and some of these tattoos have a special Canadian connection.

Avril Lavigne is covered in tattoos, but only one of her tattoos is somewhat Canadian. On her wrist, she has a “D” with a heart around it for her ex-husband and Canadian Deryck Whibley. Of course, this doesn’t exactly count as a Canadian-based tattoo.

If you’re curious to see which celebrities love the country so much that they wanted to be reminded of it daily, keep reading.

Ryan Reynolds may not be someone you would expect to have tattoos. In fact, he has three, but only one of them is dedicated to Canada.

In the photo above, you can see that Reynolds has a cannon on his left wrist. It signifies the 9 O’Clock Gun that is in Ryan’s hometown of Vancouver. The cannon is located in Stanley Park and goes off every night at 9 p.m.

While Drake is decked out in tattoos, according to Toronto Life, he actually has a few dedicated to his love for Canada but, more specifically, Toronto.

The “One Dance” singer has a "6 God" tattoo with the number 6 and praying hands beside it, a massive 416 tattoo on his torso, and the CN tower on his left arm.

Drake isn’t the only Toronto native to get a CN Tower tattoo, though.

Back in 2016, Shawn Mendes got his first tattoo. For being his first, the “Nervous” singer went big and got a massive forearm tattoo. The tattoo has a few meanings.

It’s shaped like an acoustic guitar, has sound waves of his parents saying “I love you,” has a forest and lake incorporated in, and just like Drake, the end of his tattoo shows love to the CN Tower.

Mendes has a few more tattoos, including another one that was done by Toronto tattoo artist, Livia Tsang.

Justin Bieber seems to have a million and one tattoos, so it only makes sense that one of them would be dedicated to his life in Canada. When Bieber debuted the tattoo on his Instagram in 2013, people speculated if it was real or not. Turns out, it is!

The singer got a tattoo of an Indigenous man on his back, which is reminiscent of the Stratford Cullitons' hockey games Justin’s grandpa used to take him to in his hometown.

In the caption, it reads, “My grandfather always took me to the Stratford Culliton every Friday night this is for u Grampa ... My man @chenterios hooked it up.”

Jay Baruchel is a diehard Canadian and an even bigger fan of the Montreal Canadiens. The comedian was born in Ottawa, grew up in Montreal, and now resides in Toronto. So, it’s fitting that his tattoo is a red Maple Leaf.

According to Hello! Magazine, Baruchel has said if it were up to him, he would “never leave Canada to make movies.” He also stated that hockey is "as close to religion as [he has]."