"Why am I watching an indoor Celine Dion performance?" 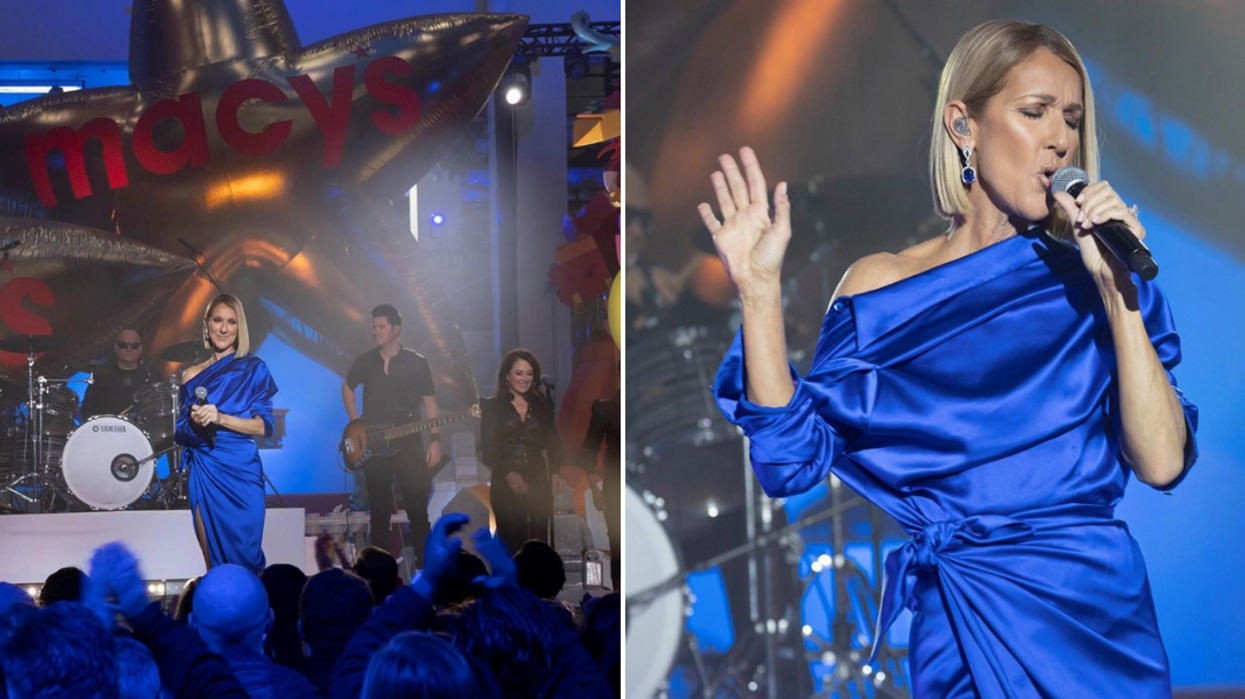 Thanksgiving celebrations have arrived in New York City and even Canadians had an influence on their Macy's Day Parade but not everyone is happy about it. Celine Dion's Macy's Day Parade performance had viewers extremely confused. Her appearance on the televised coverage has people wondering what exactly the Canadian queen was doing in NYC.

Despite her flawless appearance and phenomenal voice, she isn't American, she wasn't lip-syncing on a float, and she sang a slow song. Basically, she went against everything that usually defines a performance at the world's biggest holiday parade.

People watching at home took to Twitter to express their confusion, and some tweets even got a little heated.

At first, they started out as innocent jokes mocking her high status in Hollywood, "Celine Dion said ya like I'm gonna perform out in the cold on the streets like some "normal" person. Y'all can film me from inside. And NBC said yes Ma'am."

Then things started to get serious, from complaining about her music, "who tf made Celine Dion sing this shitty, bland pop song?" to "Canada, We will keep hockey and Tim Hortons, you can keep Justin Bieber and Celine Dion."

Canada, We will keep hockey and Tim Horton’s, you can keep Justin Bieber and Celine Dion. Thanks, ‘Merica
— Dave Dadowski (@Dave Dadowski)1574951067.0

People were also frustrated with her performance because it was preventing them from seeing footage of the actual parade, "Why am I watching a indoor Celine Dion performance was #MacysParade I want to see the damn Parade!" and "Your Thanksgiving was last month @celinedion and you're not even on a float. Off my TV."

Why am I watching a indoor Celine Dion performance #MacysParade I want to see the damn parade!
— Danielle (@Danielle)1574951070.0

Your Thanksgiving was last month @celinedion and you're not even on a float. Off my TV. #MacysParade
— Kevins Head (@Kevins Head)1574951080.0

Celine Dion is currently travelling the world on her Courage World Tour. She's been to a few spots in Canada already but will make her way to Toronto on December 9 and 10.

She will also be back in Montreal on February 18 and 19, which is close to her hometown of Charlemagne, Quebec.

The Canadian leg of her tour doesn't just stop there! The Canadian queen will perform at the Rogers Arena in Vancouver on April 17 and 18.

Then, on April 21 and 22, she'll make her way to Edmonton. Her last two stops before she heads off to Europe will be in Saskatoon on April 25 and Winnipeg on April 27.

Her tour really is bringing her around the world, after having a Las Vegas residency for 8 years, which ended on June 8 this past year. If you don't think you can miss her in concert, there are still tickets available here.