The reason why isn't as bad as you might think! 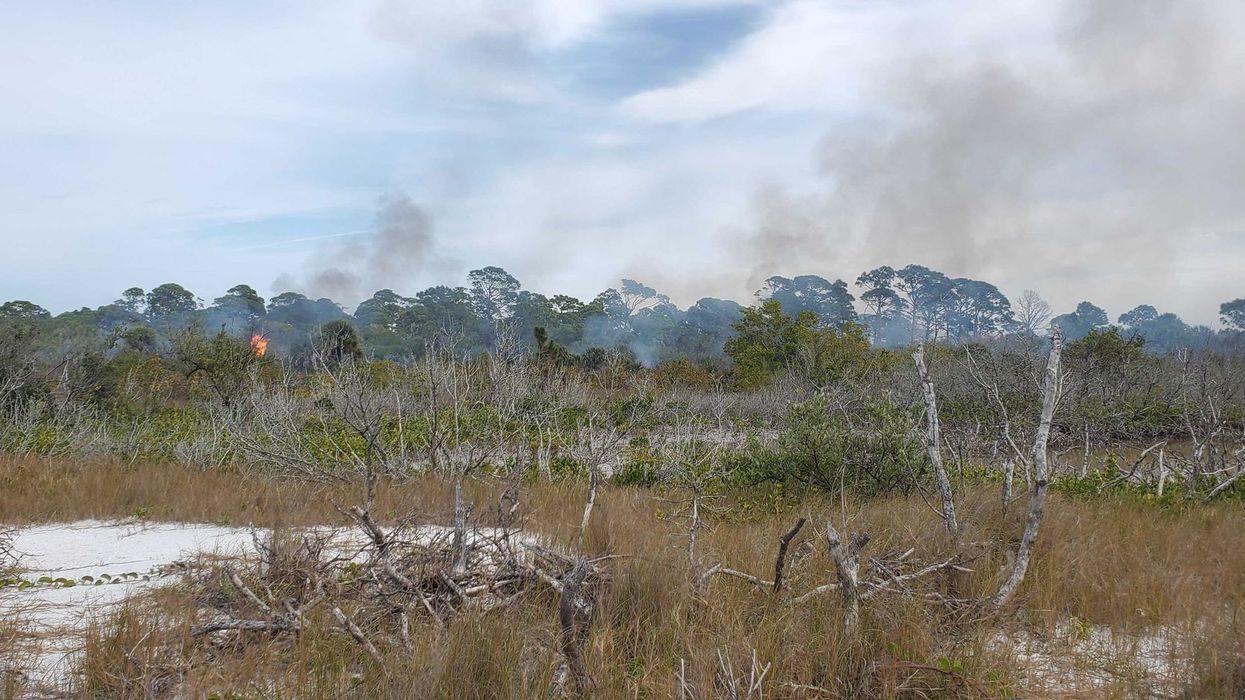 The world is still reeling from the devastating fires that occurred in Australia, and the scent of smoke is still heavy in the air, especially in Florida. Right now, several Central Florida counties and public parks are burning. In the Orlando area, the thick haze that enveloped the city last week had citizens in a panic, but thankfully the reason behind the burns is not as bad you’d suspect.

The Tampa Bay area also saw a thick haze take over the skies from 3,800-acre burn earlier this week. It was believed that burn occurred in Goethe State Forest.

In Orlando, officials reported two burns happening on the east side of Orange County county earlier this week, while a third took place in the Apopka area.

What are controlled burns, and are these burns a reason to be concerned about our Florida ecosystems? Not exactly.

Known as prescribed burns, they are used year-round by fire experts under specific weather conditions to help restore health to ecosystems that actually depend on fire.

These controlled burns are a way to manage overgrowth of vegetation and prevent wildfires from cropping up and overtaking the vast landscape (especially in dry summer months) by burning away the dry flora that could easily catch fire and get out of control.

With over 100 storms a year, Florida is also at high risk for lightning strikes, which can easily cause wildfires with an overabundance of dry vegetation growth.

Prescribed fires generally target the areas that get hit by lightning naturally and burn away the ferns and weeds in a safe manner before tragedy can strike.

Fire Managers and people known as “Burn Bosses” who prescribe the burns prep and plan extensively to ensure public and firefighter safety during the process.

And since the burns take place during the day, wildlife have ample time to escape the area before it directly affects them.

Last year in Miami, biologists were even using this controlled burn process to set blaze to rare plants and find out how they would respond under changing environmental conditions.

#ControlledBurns - 911 operators are receiving multiple calls with reports of smoke in the area. There are 3 large… https://t.co/IswAsSVBUe
— OCFire Rescue (@OCFire Rescue)1579636846.0

They followed up their tweet to let the public know of a third controlled burn happening in the Apopka area.

While air quality remains good by the AQI of the Florida Department of Environmental Protection, the scent of smoke and a thick haze has hung in the air around Central Florida for over a week and may affect your visit outdoors.

Smoke from these burns is generally visible for a few hours following the procedure.

As of this time, no road closures have been reported; however, the FFS does suggest drivers use caution in smoke-filled areas.

The FFS is asking motorist to use caution due to smoke possibly impacting the hwy from a 1260 acre controlled burn… https://t.co/cP2XK7GeFa
— FFS Orlando (@FFS Orlando)1579636073.0

The weather conditions under which the burns occur are chosen specifically to help mitigate any harmful pollution, and smoke-sensitive areas are avoided if possible.

Though the length of time the process of targeting specific areas is unknown, officials urge residents to stay diligent and avoid the closed-off areas.

While the idea of a controlled burn can be scary, especially when you start seeing large amounts of smoke in the air for seemingly no reason, we can trust that fire and state park officials have these ones under control.

You can learn more about the state of current burns and the burn process at the Florida Department of Agriculture and Consumer Services.

The weather has certainly been wild in Central Florida lately too, with temperatures dropping so low that iguanas were actually falling out of trees in Miami.