Canada Has Made More Than 7.5 Million CERB Payments So Far & It Cost Billions 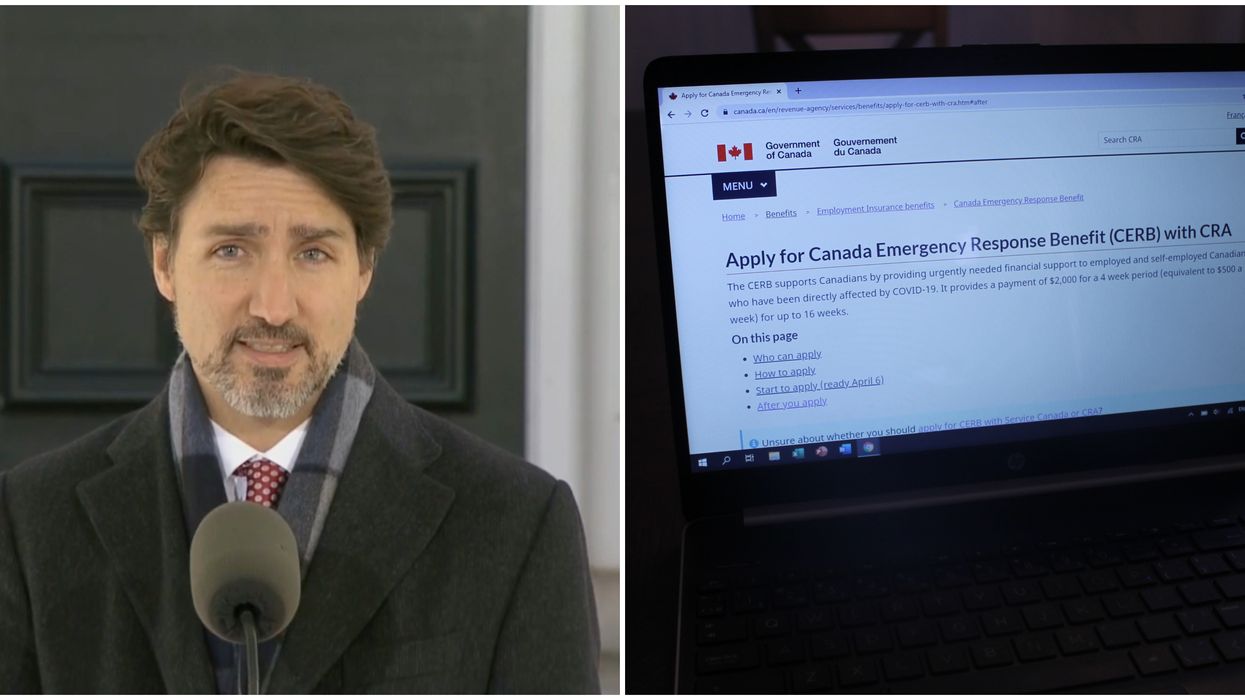 Have you received money from the government as part of the new benefit to help Canadians? If you have, you're one of the many! The Prime Minister announced just how many claims have been processed already and it's a lot. CERB payments are at more than 7.5 million so far and it cost billions of dollars.

During his daily press conference on April 17, Justin Trudeau told Canadians a little bit more information about what is going on with the new Canada Emergency Response Benefit.

In the less than two weeks since the application portal was first launched, Trudeau said that more than 7.5 million payments have been made.

"That's money sent directly to those who need it most," he said.

According to the government's statistic page for the benefit, the total dollar value of the paid benefits from Service Canada and Canada Revenue agency is $17.35 billion as of April 16.

Now that's a lot of money!

So far, 7.9 million applications have been received for the CERB.

The week of April 13 alone, there were more than two million applications submitted.

"I want again to thank our amazing public servants for processing these claims at record speeds," Trudeau noted.

Along with the numbers, Trudeau also announced that the latest figures on the CERB will be released three times a week through the government's Open Data Portal.

He said that will happen so Canadians can "keep track of the work being done."

Trudeau first announced that Canadians could get $2,000 a month with this benefit on March 25.

Since there are distinctive eligibility periods, your application doesn't automatically renew every four weeks.

If your situation remains the same and you still need the money, you have to reapply for the benefit.

You can find the eligibility periods and more information on the CERB here.

With the CERB, Canadians can claim up to 16 weeks, four months, of benefits from March 15 to September 26.