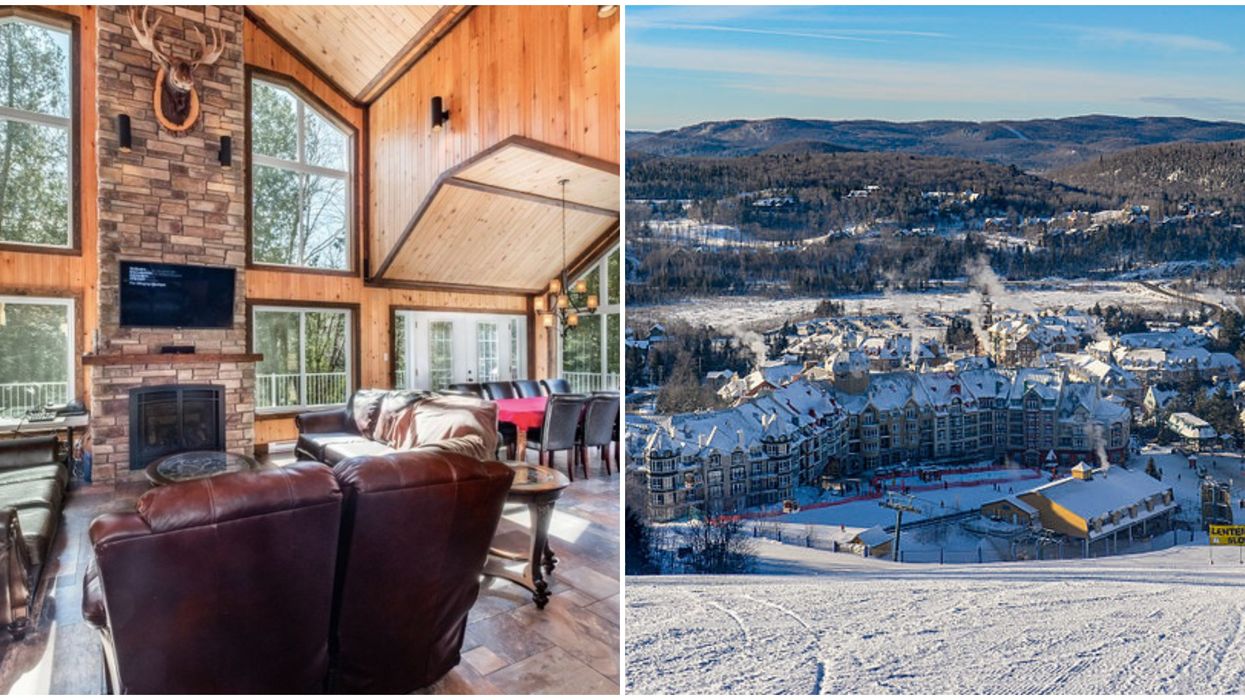 Ski season is here and if you're a regular on the slopes you may find yourself wishing you basically lived on the hill. While that's not always possible, you can get pretty close and in some popular ski destinations, the house prices aren't as high as you'd think. For example, this chalet in Mont Tremblant is just under $370,000.

The listing from Engel & Volkers says the property is located in Labelle, Quebec. According to the realtor, it is just 40 minutes away from Mont Tremblant.

The Quebec park is home to a mountain and resort, which according to its website is the #1 ski resort in eastern North America. It features 102 different trails to go down and a village with almost 2000 lodgings.

However, if you're a regular visitor to the almost vertical slopes instead of staying there every time you could just buy your own place nearby.

As an extra bonus, it's actually pretty affordable to buy in the Tremblant area compared to other winter destinations. A Royal Lepage report confirmed this area has the cheapest houses of all ski spots in Canada.

It includes three bedrooms, two full bathrooms, and then an extra half bath. One of the bathrooms has a luxurious clawfoot tub.

Outside the house, there is a deck overlooking the Maskinonge River, which borders the property.

Not only is this house a reasonable price, but its also a bit of a rare find.

According to the Royal Lepage report, properties are in high demand in the Mont-Tremblant, so this one not far away from the mountain could be snapped up soon.