Canadians Are Obsessed With Googling Chandler Bing From "Friends" 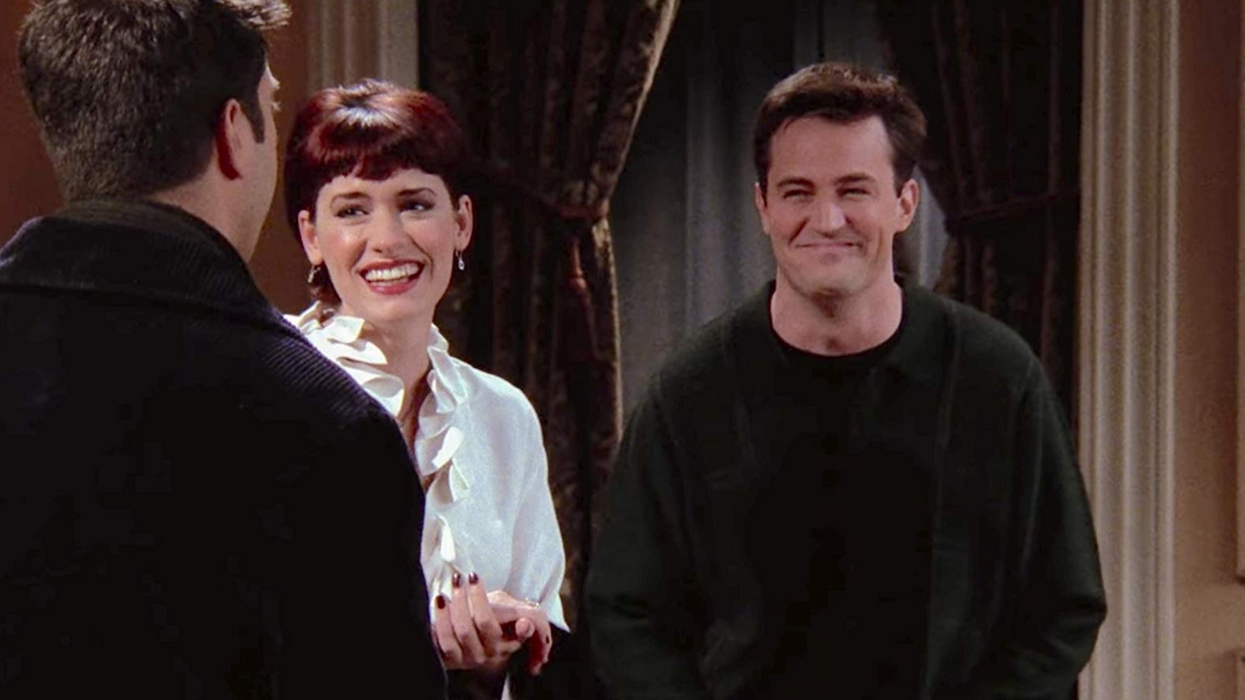 If you've seen Friends trending on social media this week, it's probably because the show celebrated its 25th anniversary on September 22. After 236 episodes, the hit sitcom came to an end in 2004, but the fandom didn't end there. Since Friends became available for streaming on Netflix, it's become beloved by a whole new generation of fans. The anniversary is generating quite a bit of buzz. In 2019 Canada's most-searched Friends character is Chandler Bing, proving Canadians love Matthew Perry.

Thanks to some research sent to Narcity by SEMrush, we discovered that throughout 2019, the most-searched Friends character was none other than Chandler Bing, played by Canadian actor, Matthew Perry. Out of all the characters in the series, Bing took up 24% of the searches, probably a direct result of his classic one-liners and hysterical dating life.

If you're wondering which other Friends characters are loved by Canadians, you'll be pleased to know that Joey (played by Matt LeBlanc) came in second at 17%, and Rachel (played by Jennifer Aniston) rallied up 16% of Canadian searches.

As far as the most popular episodes of Friends in Canada go, SEMrush learned that The One Where Ross is Fine, The One with Unagi, and The One Where No One's Ready are the most beloved by Canadians.

Another interesting discovery is that we Canadians love our holiday specials. Christmas-themed episodes like The One with the Routine, The One With the Girl from Poughkeepsie, and The One with the Holiday Armadillo were highly searched in December of last year.

It's evident that even after all this time, Canadians still love Friends with a special place in their hearts for Matthew Perry. Since the show came to an end, Perry has been going through a particularly rough time. The Ottawa-raised actor has been keeping a low profile lately, but when recent photos of him were released, his former co-stars became worried.

Perry appears to be doing a bit better as of late, and recently listed his stunning $35 million penthouse for sale. In August of this year, the listing was the most expensive condo on the market in Los Angeles, according to Forbes.

We've got our fingers crossed that things only get better from here for Perry. One thing's for sure though, no matter what, he's got a ton of love nation-wide.

If you're one of the many Canadians who love Chandler Bing, you can brighten your day by watching a montage of his best Friends moments below. You're welcome.